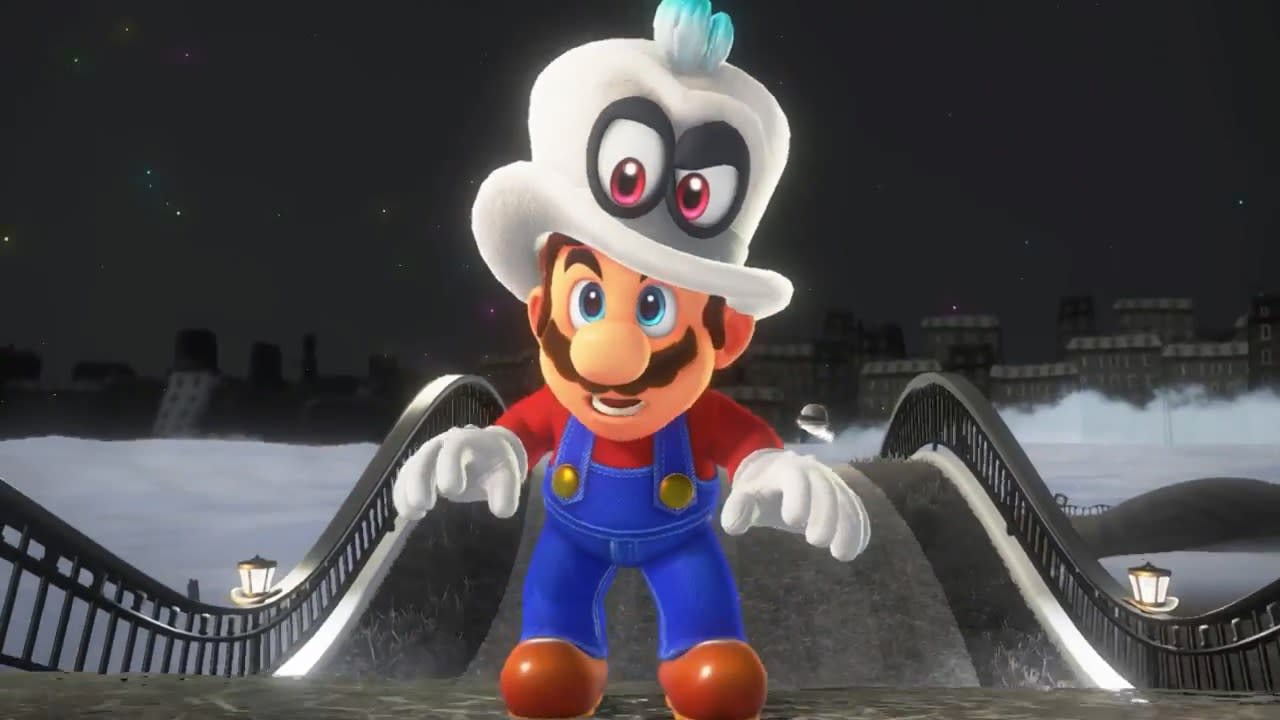 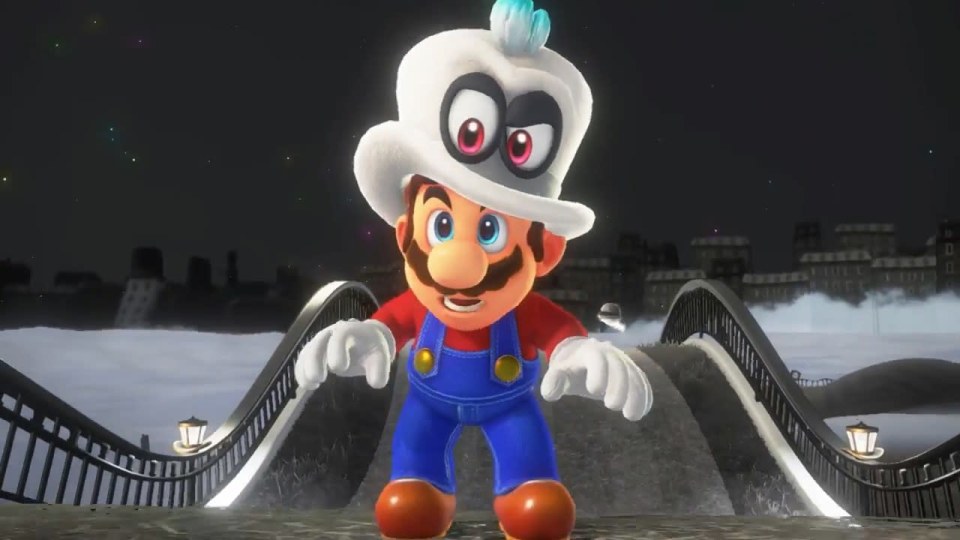 When Nintendo announced Super Mario Odyssey alongside the Nintendo Switch reveal, it felt like a breath of fresh air. Sure, the Wii U had New Super Mario Bros U, Mario Maker and the excellent platforming of Super Mario 3D World -- but the open-world exploration mechanics of Sunshine, Galaxy and Super Mario 64 skipped Nintendo's last console. When Nintendo teased Odyssey as a refreshing return to form, it didn't give us a lot to go on. We knew Mario would explore a earth-like metropolis named New Donk City. We knew he could dance. We knew he had a magic hat. Now, we know when we'll be able to play it all: Today at E3, Nintendo announced that Super Mario Odyssey would launch on October 27th.

Nintendo revealed a lot more than just a release date, too. Remember that living hat that popped up at the end of the game's reveal? It's named "cappy," and it's actually a magic, white top-hat that takes the form of Mario's iconic headwear and gives him new powers. Using the hat's abilities on telephone wires in New Donk City, for instance, transforms Mario into a bolt of electricity to travel across power lines. It can also be used to possess enemies, turn Mario into a rocket, control dinosaurs and much, much more.

Naturally, the hat is a weapon, too. Mario can throw Cappy at enemies or boxes, and players can 'hold' the hat in a fixed position in the air for a few moments, which lets you use it as a impromptu platform. If you try and land on that floating hat and miss, don't worry about it -- there are no lives in Super Mario Odyssey. Instead, failure deducts just ten coins from Mario's wallet.. and there are plenty of coins to go around.

Coins are good for more than just lives. Mario can use the mushroom kingdom's golden currency to buy different items and outfits at the game's shops -- ever wanted to see Mario dressed up in a poncho and sombrero? Well, now you can. The costume changes aren't just for aesthetics: certain tasks in the game can't be completed unless Mario is properly dressed. Better still, the costumes stick around. If Mario takes a pipe that feeds directly into a wall, he sometimes transforms into an 8-bit sprite reminiscent of how he looked on the original Super Mario Bros. on the NES, complete with his new duds. Nice! All of these costume changes, retro action and magic hat business serve to support the traditional "3D Mario" gameplay: exploring vast worlds and collecting items. Moons, specifically. Like the power stars from previous games, these items are earned by completing challenges, collecting coins, finishing stages and beating boss enemies. They also power the Odyssey of Super Mario Odyssey -- a hat-shaped ship that transports the hero between different "kingdoms," or playable worlds.

The game's story is about as cliche as you'd expect from a Mario game -- Bowser has kidnapped Princess Peach yet again, and is hoping to force her to marry him. This time, however, he's hired what Nintendo is calling "evil wedding planners" to make sure the marriage happens. The upside of the weird, forced wedding motif? We get Amiibo of the game's main characters dressed up for the ceremony. Nintendo says the Amibo will unlock specific outfits in the game and willl also have some kind of assist function, but didn't get into specifics. Previous Mario Amiibo (from games like Smash Bros. and Mario Party) will work in some capacity as well.

At a glance, it looks like a fun, creative twist on the old "3D Mario" formula. The full game will be available on October 27th, but we'll be back with our hands-on impressions from the E3 showfloor soon!

In this article: applenews, av, e3, e32017, gaming, mario, nintendo, odyssey, supermario, supermarioodyssey, videogames
All products recommended by Engadget are selected by our editorial team, independent of our parent company. Some of our stories include affiliate links. If you buy something through one of these links, we may earn an affiliate commission.