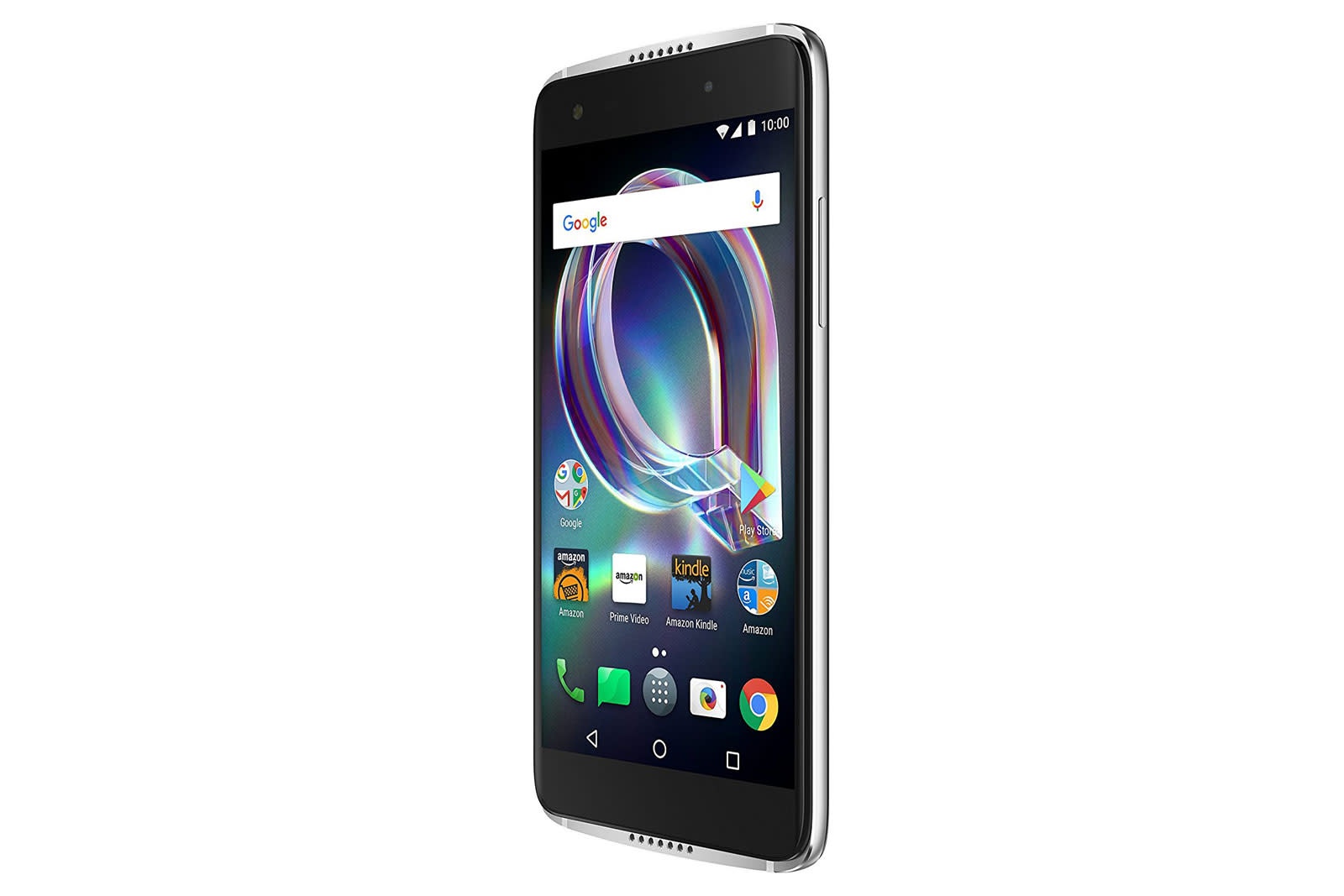 Alcatel's Idol 4S phone was a good value at $350, but its emphasis on virtual reality support (such as a box that doubled as a headset) may have held it back. Unless you're a big VR fan, wouldn't you rather spend less on a no-frills device? You're getting that opportunity soon. Amazon is including Alcatel's new Idol 5S in its latest wave of Prime Exclusive phones, and it's clear that you're getting a solid deal. If you're an Amazon Prime subscriber, the unlocked handset will ship on July 10th for $200 -- you'll have to put up with Amazon's offers and ads, but that's a low price for what looks to be a well-rounded device. It's also available in a standard $280 version if you'd rather not turn your phone into a tiny billboard.

Whichever version you get, you'll find a 5.2-inch 1080p display, an eight-core Snapdragon 625 processor, 3GB of RAM, 32GB of expandable storage and a rear-mounted fingerprint reader. Both the front (8 megapixels) and rear (12MP) cameras are stabilized, too, so you shouldn't have to worry so much about blurry selfies. The specs are a slight step back from the 4S, but you're also paying a lot less.

The initial version will only work with GSM carriers like AT&T or T-Mobile, but Amazon is promising Sprint and Verizon support later in the summer. We'd suggest looking at the Moto G5 series before you pull the trigger, as it's sitting in a similar price range and might just tickle your fancy in a way Alcaltel's phone doesn't. However, the Idol 5S is inexpensive enough that you can at least mention it in the same breath as the G5 and similarly-priced hardware.

In this article: alcatel, alcatelidol5s, alcatelonetouch, amazon, amazonprime, android, gear, idol5s, mobile, prime, smartphone, tcl
All products recommended by Engadget are selected by our editorial team, independent of our parent company. Some of our stories include affiliate links. If you buy something through one of these links, we may earn an affiliate commission.