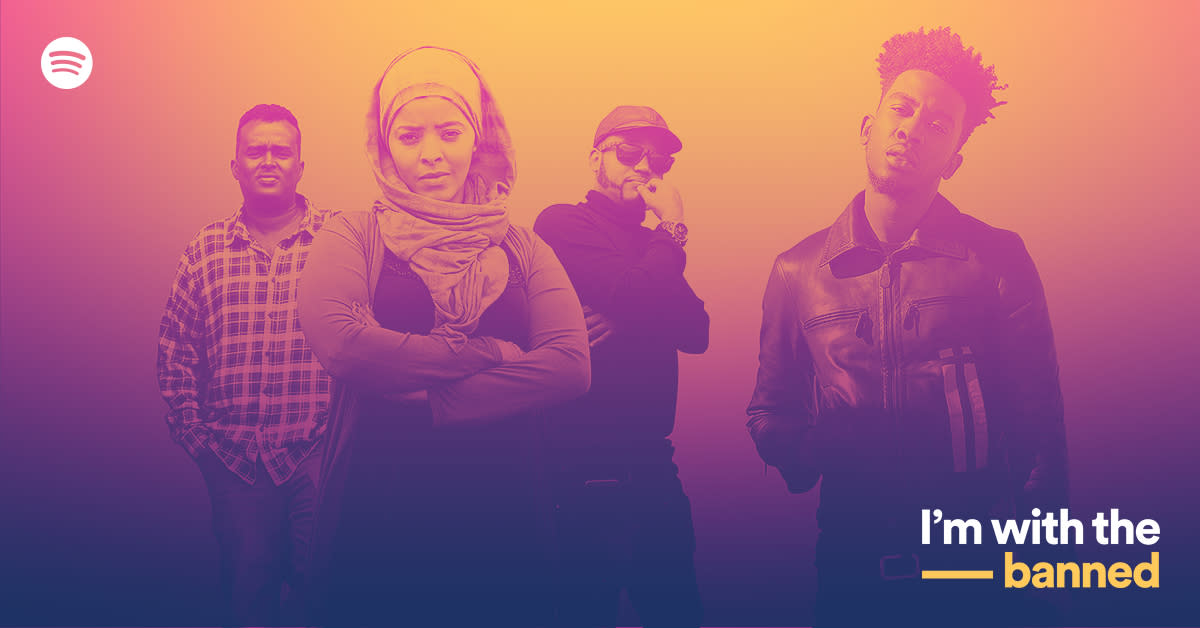 Spotify's foray into original content began in 2016, with a documentary about the young days of legendary rock band Metallica, followed by a video series on Green Day earlier this year. Now the streaming service is getting ready to launch "I'm with the banned," an in-house initiative that will feature music, videos and a documentary inspired by issues like immigration and LBGTQ equality. The original series brings together artists such as Desiigner, Pusha T, K.Flay and X Ambassadors on six new pieces of music, all created with help from singers, songwriters and producers who are affected by Trump's controversial travel ban.

You can check out tracks and watch videos from "I'm with the banned" starting today on Spotify. The company says listeners and viewers will be directed to the I Am An Immigrant site, a campaign that focuses on celebrating the contributions of immigrants who live in the US.

In this article: av, documentary, entertainment, immigration, imwiththebanned, internet, lgbt, lgbtq, music, musicstreaming, originalcontent, originaseries, spotify
All products recommended by Engadget are selected by our editorial team, independent of our parent company. Some of our stories include affiliate links. If you buy something through one of these links, we may earn an affiliate commission.