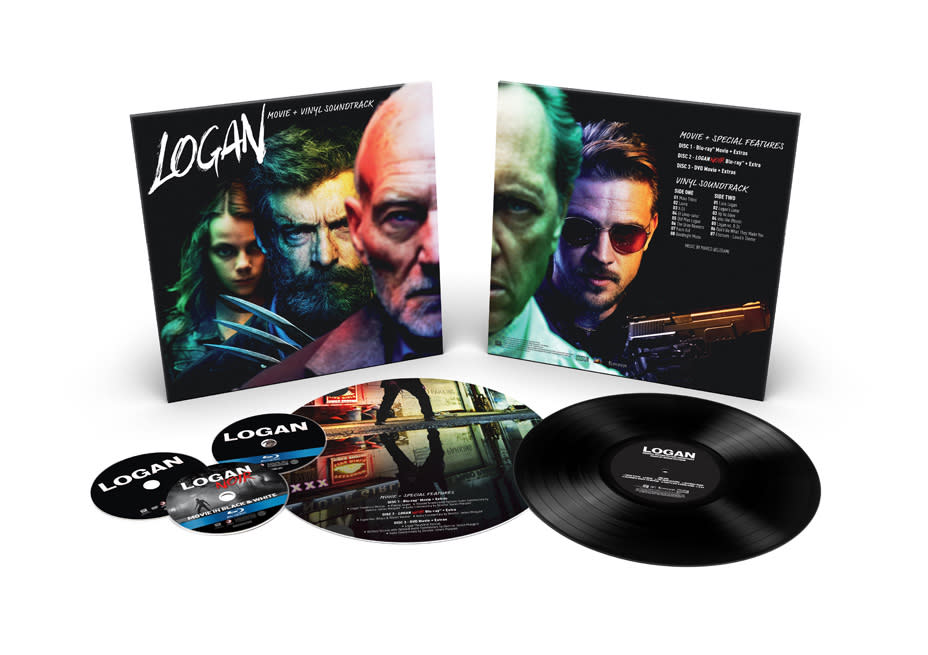 San Diego Comic-Con runs from July 20th through the 23rd and today, Fox Home Entertainment announced it will have some exclusive merch available in limited quantities. New editions of five of its films will include vinyl copies of their soundtracks along with Blu-ray, DVD and digital HD copies of the films themselves. Logan, Deadpool, Kingsman: The Secret Service, Dawn of the Planet of the Apes and Rise of the Planet of the Apes are the films getting special treatment and their packaging features brand new cover art. Last year, 20th Century Fox skipped Comic-Con after teasers for Deadpool and X-Men: Apocalypse exclusive to the event were leaked the year before. But it's back this year and some of its anticipated reveals include sequels to two of their special edition film packages. Trailers for both Kingsman: The Golden Circle and Deadpool 2 are both expected to be unveiled at the event.

For those not attending Comic-Con, Twitter will be exclusively livestreaming opening preview night and you can catch coverage of the rest of Comic-Con on Twitter as well as through IGN. Limited quantities of the five films will be available for purchase at the Fox Fanfare Booth. In this article: 20thCenturyFox, av, ComicCon, deadpool, entertainment, FoxHomeEntertainment, PlanetOfTheApes
All products recommended by Engadget are selected by our editorial team, independent of our parent company. Some of our stories include affiliate links. If you buy something through one of these links, we may earn an affiliate commission.