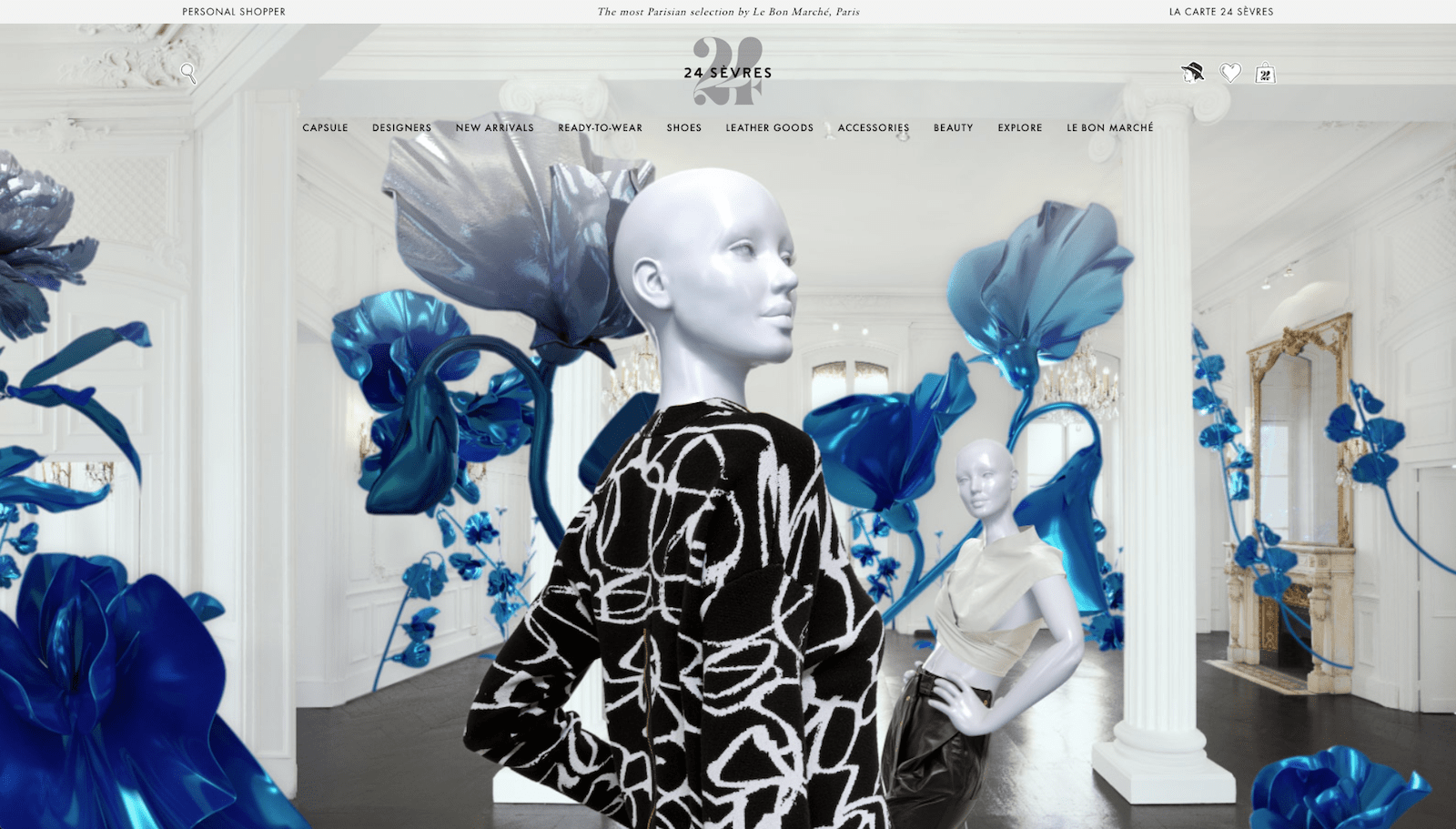 To give you an idea of the kind of customer LVMH is after, all you need to look at is Louis Vuitton's new $2,900 Android Wear smartwatch. The French company, which owns brands like Dior, Fendi, Givenchy and Marc Jacobs in addition to LV, is the epitome of luxury. And now, with 24 Sèvres, LVMH has what it hopes can become the main online destination for high-fashion shoppers. CEO Eric Goguey says the site is designed to be the web version of Le Bon Marché, an iconic retail space often described as the most selective department store in Paris.

The main idea, he says, is to offer an experience that feels seamless and exclusive. There's even personal shoppers who will video-chat with customers and guide them through their purchases. Contrary to rumors, 24 Sèvres won't just sell products from LVMH-owned brands, of which there are 70. People will also find clothes, footwear and leather goods (bags, backpacks, etc.) from outside designers such as Balenciaga, Gucci, Balmain and Stella McCartney. Others like Nike and Adidas will have a presence on the site as well, but their products won't be general releases -- think limited-edition Cortez shoes, Kanye West's Yeezy collections and more. Naturally, 24 Sèvres also created an iOS app to complement the desktop experience. A Facebook Messenger Style Bot, meanwhile, is intended to help customers with recommendations and style guidance -- because what the world needs is fewer human customer service agents. "The ultimate goal is to provide e-commerce as it hasn't been until now, and ensure that it continues to be delivered with a personal touch," says Goguey. "Technology should always be at the service of the human, rather than the other way around. In this vein, we are creating a store for the digital age with a truly luxury experience."

The arrival of 24 Sèvres comes less than a year after LVMH's Chief Operating Officer, Jean-Jacques Guiony, said "there is no way" it could sell any of its products on Amazon, the e-commerce giant that's been trying to push its way into the world of fashion. "We believe the business of Amazon does not fit with LVMH, full stop, and it does not fit with our brands," he said to investors during the company's earnings call last October. While 24 Sèvres isn't a direct clone of Amazon, nor is it supposed to be, it shows that LVMH is serious about keeping its products away from Jeff Bezos' platform. Nike had taken a similar approach up until a few weeks ago, when it finally caved and announced that it would start selling some of its goods directly on Amazon. When it launched in June, 24 Sèvres was being called LVMH's first foray into the e-commerce space, but that's not actually the case. In 2014, the fashion powerhouse created a site called Moët Hennessy Collection, where it sold fancy liquor and wines such as Dom Perignon, Moët & Chandon, Cloudy Bay, Cape Mentelle and Hennessy. That, however, was abruptly shut down roughly two years later, with the company saying that it was "a global decision around how we evolve our brand in the digital space." Goguey wouldn't talk about what lessons, if any, the company learned from that failure, but he sounds confident that the fate of 24 Sèvres will be different.

Marshal Cohen, chief industry analyst at research firm NPD, says one of the reasons LVMH may not want to work with Amazon is brand appearance and exclusivity. "Somebody who's going to buy LVMH product would almost prefer to go to an LVMH website, unless they're going to be able to get it at such a great discount somewhere else. That doesn't benefit LVMH either, so it makes sense for them to operate on their own," he says. It sounds petty, but chances are that 24 Sèvres core customers don't want to get a $4,000 garment from Amazon. "It's imagery, it's prestige, it's accessibility," Cohen says. "I don't want to buy an expensive luxury item and be one of a million people. I want to be one in a million." 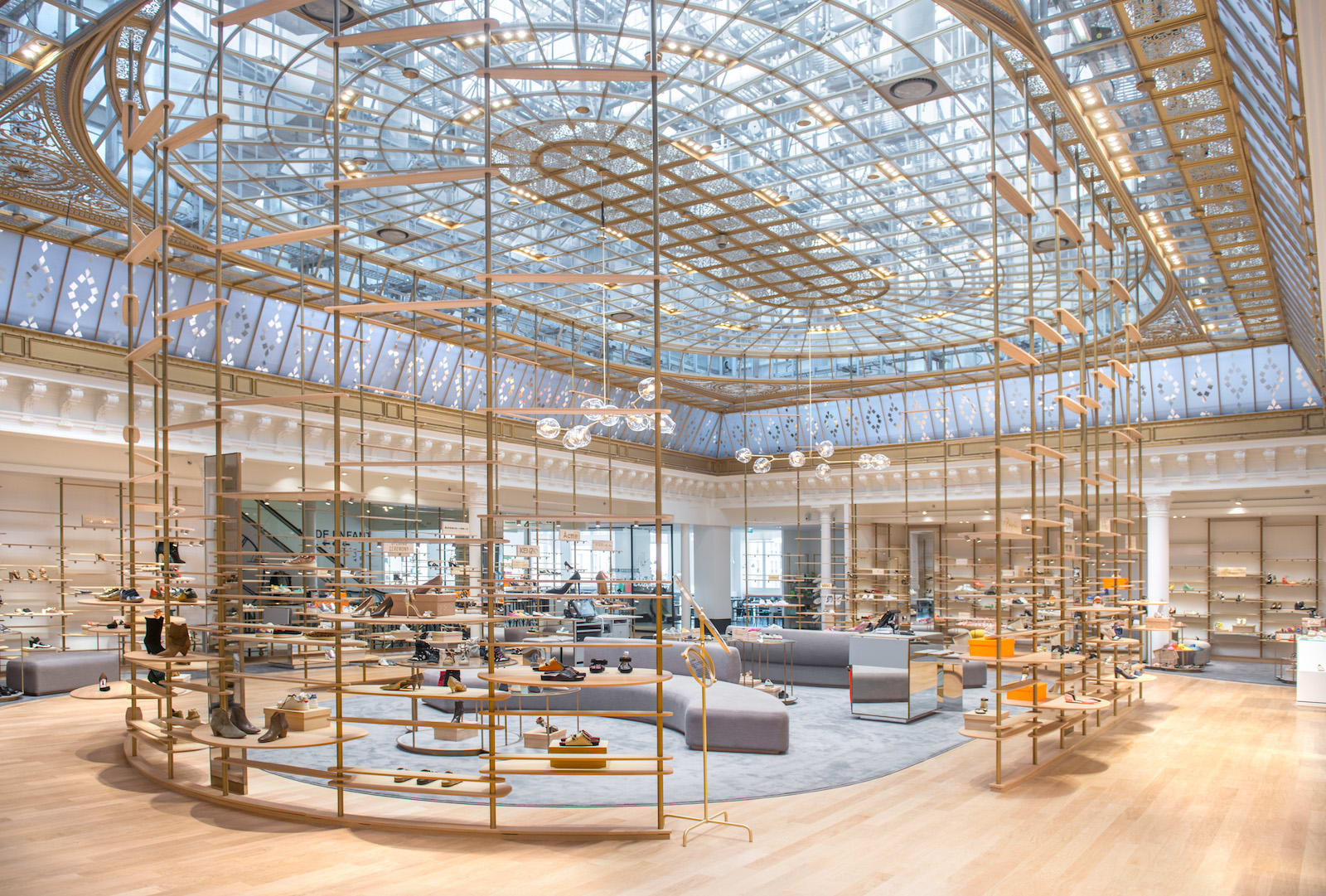 “Technology should always be at the service of the human, rather than the other way around.”
Eric Goguey, CEO of 24 Sèvres

It's too early to tell whether 24 Sèvres will be a hit, but Goguey says that the response from shoppers so far has been "incredibly positive" and that they're "thrilled" to have a digital counterpart to the renowned Le Bon Marché retail store. "Their success is going to depend on the ability to resonate with the consumer," Cohen says, "to help them understand what the essence of the product is, why this is the right product to buy. They're going to have to deliver on that promise and the expectations."

One thing 24 Sèvres already has going for it is that it looks different than most shopping sites out there right now, thanks to big, beautiful imagery on the home and product pages. Goguey says this is meant to make you feel like you're window-shopping at high-end stores, whether it be in Paris or New York City. And, really, a well-designed site is the least you should expect when you're about to spend thousands of dollars on a handbag.

In this article: 24sevres, amazon, design, fashion, gear, highfashion, internet, interview, louisvuitton, lv, lvmh, onlineshopping, retail, shopping, wearables
All products recommended by Engadget are selected by our editorial team, independent of our parent company. Some of our stories include affiliate links. If you buy something through one of these links, we may earn an affiliate commission.