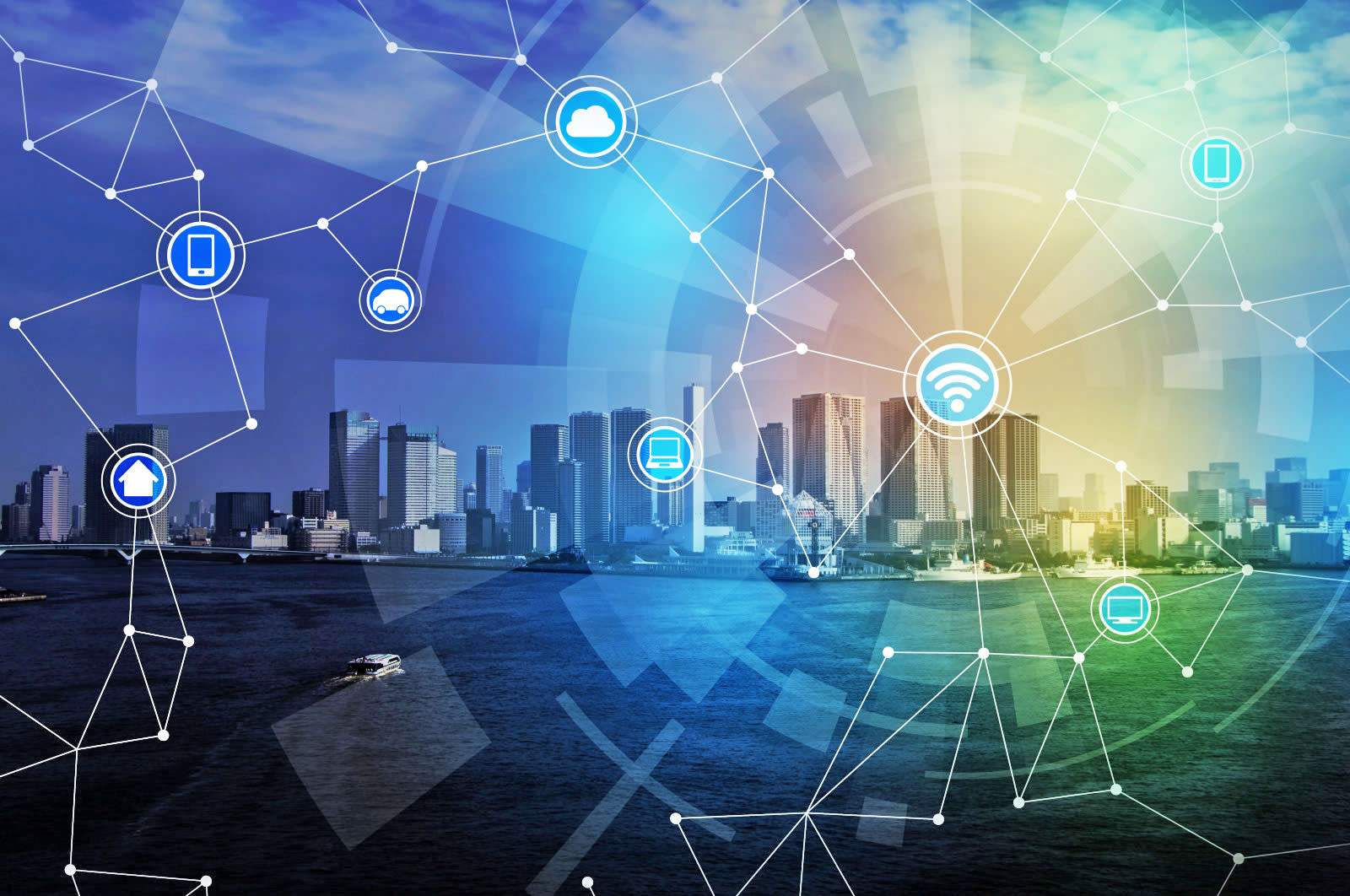 Bluetooth is one step closer to connecting smart devices on a large scale. The wireless standard's Special Interest Group (SIG) has announced support for mesh networking. With the new technology, manufacturers can build devices that can all talk to one another, from smart street lighting to transportation.

Anyone who's used mesh WiFi networks knows they work by bouncing data between routers to deliver signal to every corner of your home. Now, imagine that on the scale of a smart city, where thousands of connected devices are linked up to communicate with each other. According to the Bluetooth SIG, mesh networking offers the most reliable connection for these types of large-scale projects. This is mainly down to its low-bandwith message routing system, which can handle large amounts of data.

In light of the recent attacks on smart appliances, the wireless standard's governing body is also assuring manufacturers of the network's security capabilities. It claims all messages sent across Bluetooth mesh will be encrypted and authenticated using three types of keys, making it ideal for industries that handle sensitive info, such as healthcare and financial services.

The Internet of Things (IoT) experiments of today are laying the groundwork for the smart infrastructure projects of the future. And, chances are, the smart cities that emerge from those developments will be quietly connected by Bluetooth mesh.

In this article: bluetooth, BluetoothSig, iot, services, SmartCity, tomorrow
All products recommended by Engadget are selected by our editorial team, independent of our parent company. Some of our stories include affiliate links. If you buy something through one of these links, we may earn an affiliate commission.