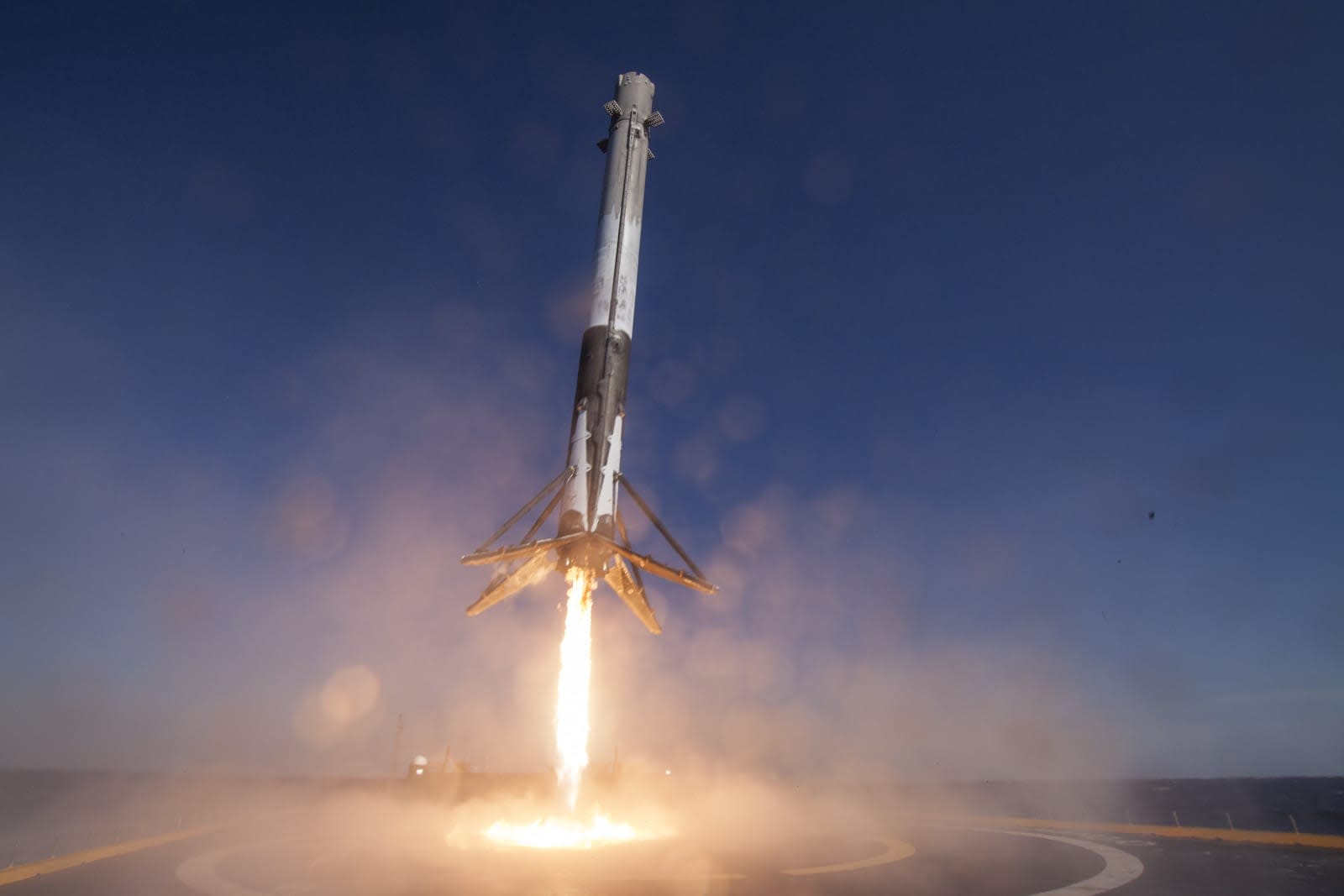 Elon Musk shared more of SpaceX's plans to get its rockets to full reusability today at the International Space Station R&D conference. Those plans include faster turnaround for recycled Falcon 9 rockets and recovery of the rocket's nose cone.

SpaceX successfully relaunched and landed a Falcon 9 rocket for the first time in March, but it wants to be able to land and reuse them within 24 hours, which Musk says could happen next year. Last month, the company also reused a Dragon cargo capsule for the first time and earlier this year, SpaceX was able to land a nose cone, which it hadn't done before. Now, the company is working on landing and recovering the nose cone for reuse, which Musk said they were "quite close" to being able to do.

Being able to reuse all of the launch components is necessary for a Mars mission, Musk said and it's also what will keep space flight costs down. The nose cone alone costs around $6 million. In April, SpaceX said that the refurbishment and reuse of its Falcon 9 first stages cost much less than half of what new ones cost, but those savings haven't yet translated to Dragon reusability. Musk said the recycled Dragon capsule cost around the same amount or possibly even more than building a new one.

Nose cone recovery could occur by end the of this year or the beginning of 2018, according to Musk and he added that SpaceX is going to try to land and reuse the rocket's second stage as well. Once all of that is successful, SpaceX will be much closer to its goal of rapid and complete reusability.

In this article: ElonMusk, gear, iss, mars, space, spaceflight, spacex, SpacexDragon, SpaceXFalcon9
All products recommended by Engadget are selected by our editorial team, independent of our parent company. Some of our stories include affiliate links. If you buy something through one of these links, we may earn an affiliate commission.