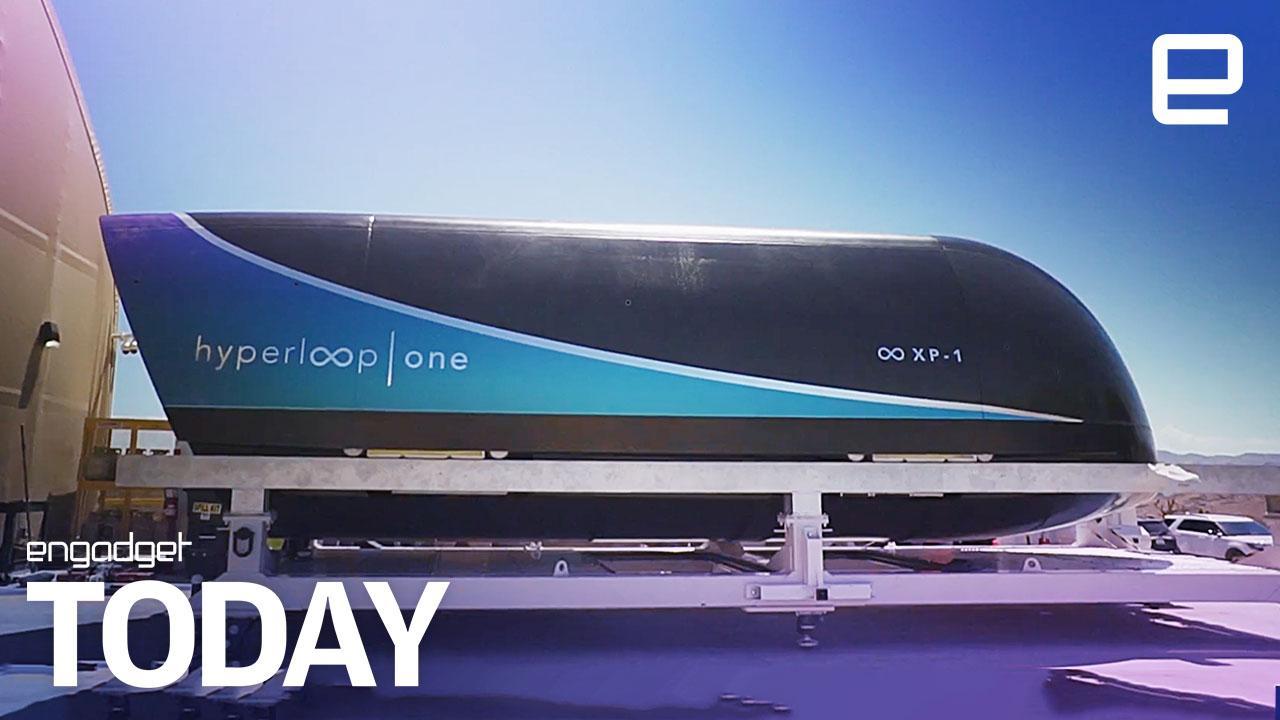 Just weeks after Hyperloop One demonstrated a working, albeit slow, version of its levitating sled, the company has made another leap forward. This time around, the startup has successfully tested its XP-1 passenger pod, reaching speeds of up to 192 mph and levitating off the track as it accelerated.

XP-1 traveled for just over 300 meters before the brakes kicked in and it rolled to a gradual stop, hitting a top speed of 192 mph. That speed puts Hyperloop One's system a little bit ahead of Category 1 high-speed rail, which has a maximum running speed of 155mph, although it's not yet faster than Japan's bullet train.

Then again, Hyperloop One's plan is to push its pods at speeds closer to 750 mph, but that's clearly going to be tough to test in a tube that's just 500 meters long. But the milestones, slow and steady, are being met, and it's clearly a demonstration of the company's strength that it is developing its prototypes for real.

As for the XP-1 itself, the company has revealed that the craft measures 8.7 meters long, 2.7 meters tall and 2.4 meters wide. That's narrower than, for instance, an NYC subway car, by about half a meter -- not uncomfortably snug, but not roomy either.

The company has made something of a deal about the sound that the Hyperloop Pod makes as it travels through the tube. It'll be a familiar sound to anyone who's used a reasonably new airport transit system or subway, like London's Jubilee Line.

Hyperloop One co-founder Josh Giegel is proud of the motor that his team build to power the pod through the tube. As many electrical devices struggle to operate in near-vacuum, the XP-1 motor is resilient and, in Giegel's own words, one of the most efficient motors ever built.

But in order to construct the motor, Giegel's team needed to not only build one, but work out how to efficiently mass-produce it, too. At the company's Metalworks facility in Nevada, employees have built a system that has already cranked out 500 such motors for testing.

Internally, the company is describing this pod test as the culmination of Phase Two, demonstrating to the world that its concept is a workable one. Giegel says that Phase Three will not be about increasing the speed of the tests, but solving the practical issues of use. For instance, building an airlock system that will enable pods to enter and exit the vacuum tube without causing leaks.

Giegel sees no need to extend the DevLoop tube beyond its current 500 meter length, at least not at the present time. Instead, future tests will be carried out in the countries that have expressed an interest in the technology. Presumably, because a test section can be built and, if approved, can be utilized for a full-scale loop connecting cities.

Doubtless, there will be more tests and more announcements as the weeks roll by, but with each small step, Hyperloop One gets closer to proving the system can work. From there, it's just a case of convincing investors, regulators and everyone else that it's worth investing in.

In this article: aoloriginals, dailyshow, DevLoop, Engadget, EngadgetToday, engadgetvideo, entertainment, gear, Hyperloop, HyperloopOne, JoshGiegel, KerryDavis, ShervinPishevar, TL17HYPLP, tomorrow, transportation, video
All products recommended by Engadget are selected by our editorial team, independent of our parent company. Some of our stories include affiliate links. If you buy something through one of these links, we may earn an affiliate commission.