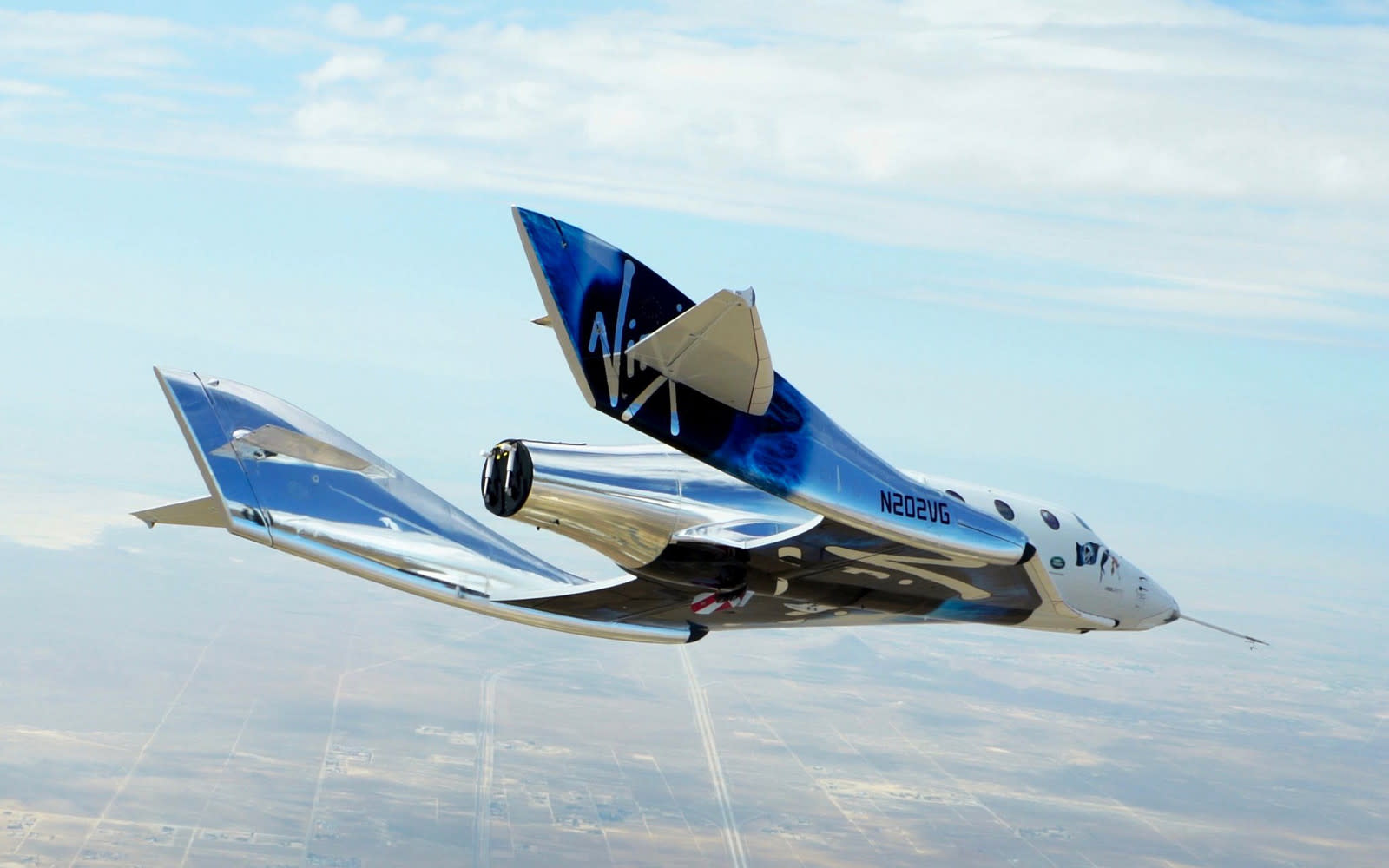 Virgin Galactic's SpaceShipTwo (official name VSS Unity) has just completed its sixth test glide. The reusable spaceplane still has between two to nine more staged glides to go before the aerospace company moves on to rocket-propelled tests. But this one is special because it serves as a dry run for actual rocket-powered flights. It flew with the configuration a powered flight will have, carrying propulsion components onboard, along with 1,000 pounds of water to simulate the weight of fuel casing.

Similar to the previous tests, Unity's mothership VMS Eve carried it up to 40,000 feet in the air before dropping it. Unlike previous tests, though, SpaceShipTwo didn't jettison the water ballast this time, giving the company a chance to gather data on how the vehicle performs when landing with a heavier weight that's centered towards its rear.

All looks good so far. Today we are landing at a heavier landing weight & center-of-gravity towards the back of the vehicle #SpaceShipTwo

Touch down! Another smooth landing for VSS Unity. In VSS Unity today were pilots Dave Mackay and CJ Sturckow #SpaceShipTwo

If you'll recall, Unity is Virgin Galactic's second SpaceShipTwo spacecraft. The original vehicle tragically broke up mid-flight in 2014, sending it plummeting into the Mojave Desert. According to an investigation by the National Transportation Safety Board, one of the reasons why it crashed was because a co-pilot deployed its feathering system -- a process of moving the plane's wings to increase drag during re-entry -- too early. Unity still uses the feathering system, but it has additional safety features to prevent another crash.

Once the vehicle is ready for primetime, Virgin plans to use it to carry paying passengers to suborbital space. In fact, it already has an impressive customer list, including Angelina Jolie, Brad Pitt, Tom Hanks and Lady Gaga.

In this article: space, spaceshiptwo, tomorrow, virgingalactic, vssunity
All products recommended by Engadget are selected by our editorial team, independent of our parent company. Some of our stories include affiliate links. If you buy something through one of these links, we may earn an affiliate commission.