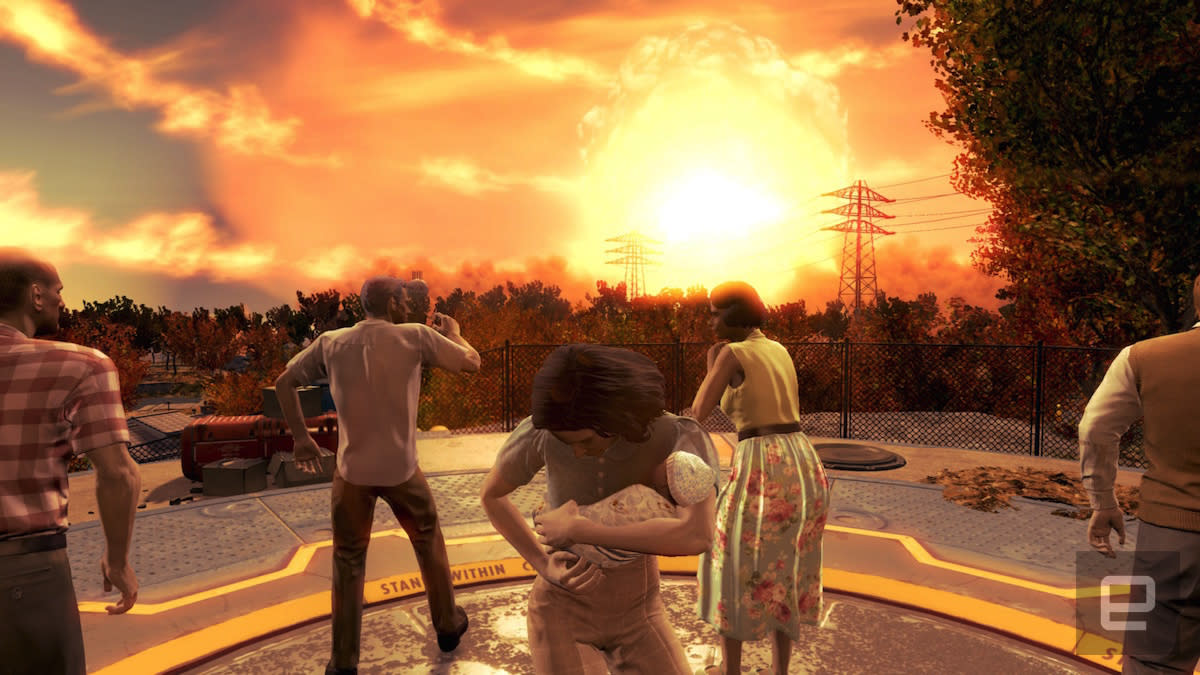 Much like the sun rises in the East, Bethesda has trotted out another game of the year edition for one of its open-world role-playing games. This time it's Fallout 4. As you might expect, it includes everything that's been released for the game since 2015 including its six add-on mission packs. This latest version will be released on September 26th for PC, PlayStation 4 and Xbox One. Official pricing isn't available, but based on history, this probably won't cost more than $60.

However, if you feel like spending more publisher/developer Bethesda says it'll have limited amounts of the extremely popular Pip-Boy Edition available for $99.99 at select retailers; it sounds like the same phone holster that was available at launch. If you're itching for something a little more functional, an officially licensed Bluetooth version of the wrist computer has been available on ThinkGeek for awhile now.

The thing is, that one costs a whopping $349.99. But, the $150 Samsung Gear S smartwatches on eBay notwithstanding, can you really put a price on making phone calls from a comically oversized chunk of plastic on your wrist?

In this article: av, bethesda, business, fallout, fallout4, gaming, pc, pipboy, playstation, playstation4, ps4, xbox, xboxone
All products recommended by Engadget are selected by our editorial team, independent of our parent company. Some of our stories include affiliate links. If you buy something through one of these links, we may earn an affiliate commission.