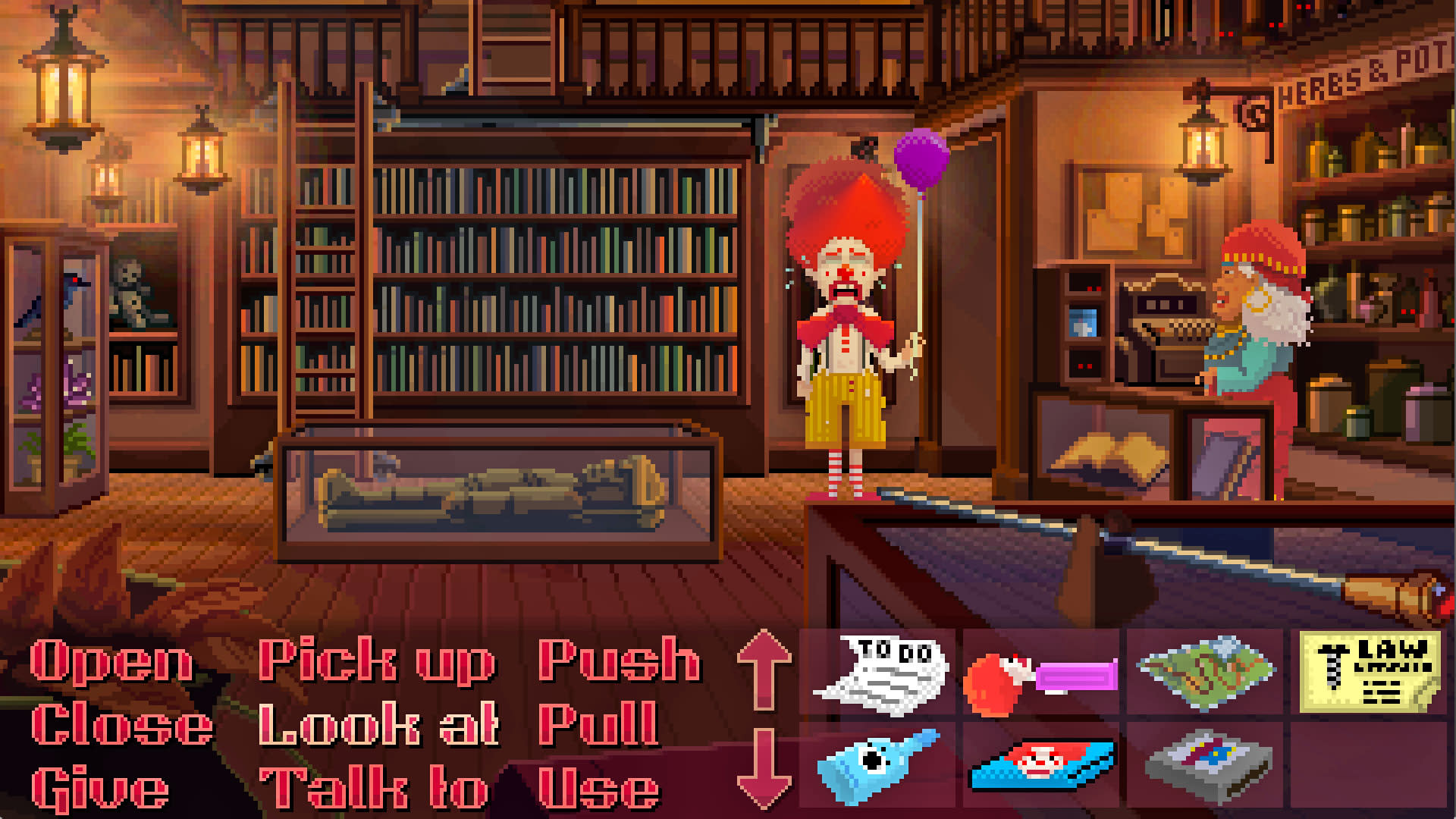 Ron Gilbert has had his fingers in quite a few adventure games over the years, including Lucas Arts' Monkey Island and Maniac Mansion, along with Hothead Games' Penny Arcade Adventures, Death Spank, and Dobule Fine Productions' The Cave. He also spent some time at Humongous Games, making educational titles like Blue's 123 Time Activities and Spy Fox in Hold the Mustard. Gilbert's latest genre entry, in collaboration with longtime partner Gary Winnick, is Thimbleweed Park, funded on Kickstarter back in 2014. Released to Windows, Mac and Xbox One in March, the title is coming to PlayStation 4 on August 22nd and Nintendo's Switch sometime in September.

According to the developer, Thimbleweed Park on the Switch will support both Joy-Con Controllers as well as touch screen controls. The team does not have a specific September release date yet, but they have made a quick video to show off the game on Nintendo's hybrid console.

The game has all the adult and expletive-filled humor you've come to expect from a Ron Gilbert production, and sees you running through a haunted hotel, and abandoned circus and a burnt-out pillow factory to solve the mysteries of the town. You'll play as five different characters across the adventure, including a couple of FBI agents and a foul-mouthed clown named Ransome.

Thimbleweed Park Ransome Trailer from Ron Gilbert on Vimeo.
In this article: av, gaming, GaryWinnick, ManiacMansion, MonkeyIsland, nintendo, PlayStation4, PS4, RonGilbert, sony, Switch, TerribleToybox, ThimbleweedPark, video
All products recommended by Engadget are selected by our editorial team, independent of our parent company. Some of our stories include affiliate links. If you buy something through one of these links, we may earn an affiliate commission.