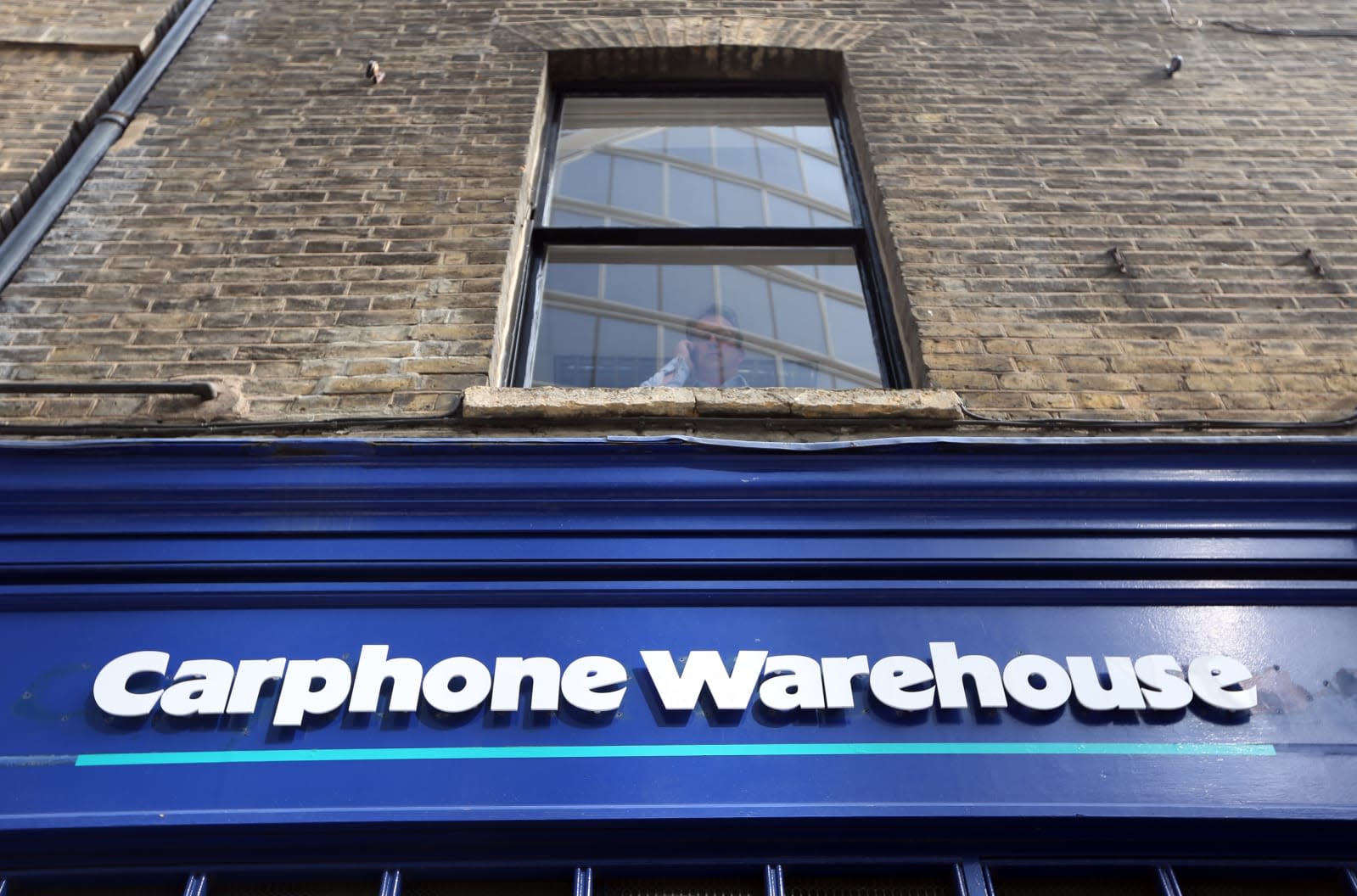 Your smartphone is probably the most important technology purchase you'll ever make. It travels everywhere you go, delivers the sum of total human knowledge and helps you capture important memories with photos and video. In fact, they're so good at providing these features that you might not feel the need to upgrade when the time comes. That, or the next-generation devices designed to replace them simply don't innovate enough.

It's a trend that many technology enthusiasts already recognise. But now one UK retailer is loudly echoing that sentiment. On Thursday, Dixons Carphone -- owner of the Currys PC World and Carphone Warehouse brands -- issued a trading update, warning that profits would not meet its previous expectations. Electrical sales are performing well, up 6 percent, but "a more challenging UK postpay mobile phone market" is playing havoc with the company's balance sheet.

Dixons Carphone forecasts that the rising price of premium handsets and lower EU roaming charges will cause profits to drop to between £360 million and £440 million, which is significantly down from £501 million it recorded last year. "Currency fluctuations have meant that handsets have become more expensive whilst technical innovation has been more incremental," the company said in its statement. "As a consequence, we have seen an increased number of people hold on to their phones for longer."

This week, the pound hit its lowest level against the euro since 2009. The currency has weakened considerably since the Brexit vote in June 2016, which has resulted in higher import costs and higher inflation. Since the vote, the world's biggest technology companies -- including Apple, Microsoft, Sonos and HTC -- have raised the prices of their products.

But that doesn't take away from the fact that smartphones, at least over the past couple of years, have largely failed to innovate. All mid-to-high handsets now have big vibrant displays, camera sensors that capture an insane amount of detail and enough RAM to put a PC to shame. Samsung's snazzy Note 8 event yesterday showed that while smartphones continue to improve, it's basically a bigger Samsung Galaxy S8+ with smattering of small feature upgrades.

Is that enough to tempt Britons into upgrading to the latest and greatest? Dixons Carphone does believe that the smartphone market will return to normal, but it might take a while. The Samsung Note 8 and the upcoming iPhone 8 launches might help, but the company reckons it's too early to say whether the flagships can reverse the negative trend it's experiencing.

In this article: carphonewarhouse, currys, dixonscartphone, gear, innovation, mobile, pcworld, smartphones
All products recommended by Engadget are selected by our editorial team, independent of our parent company. Some of our stories include affiliate links. If you buy something through one of these links, we may earn an affiliate commission.