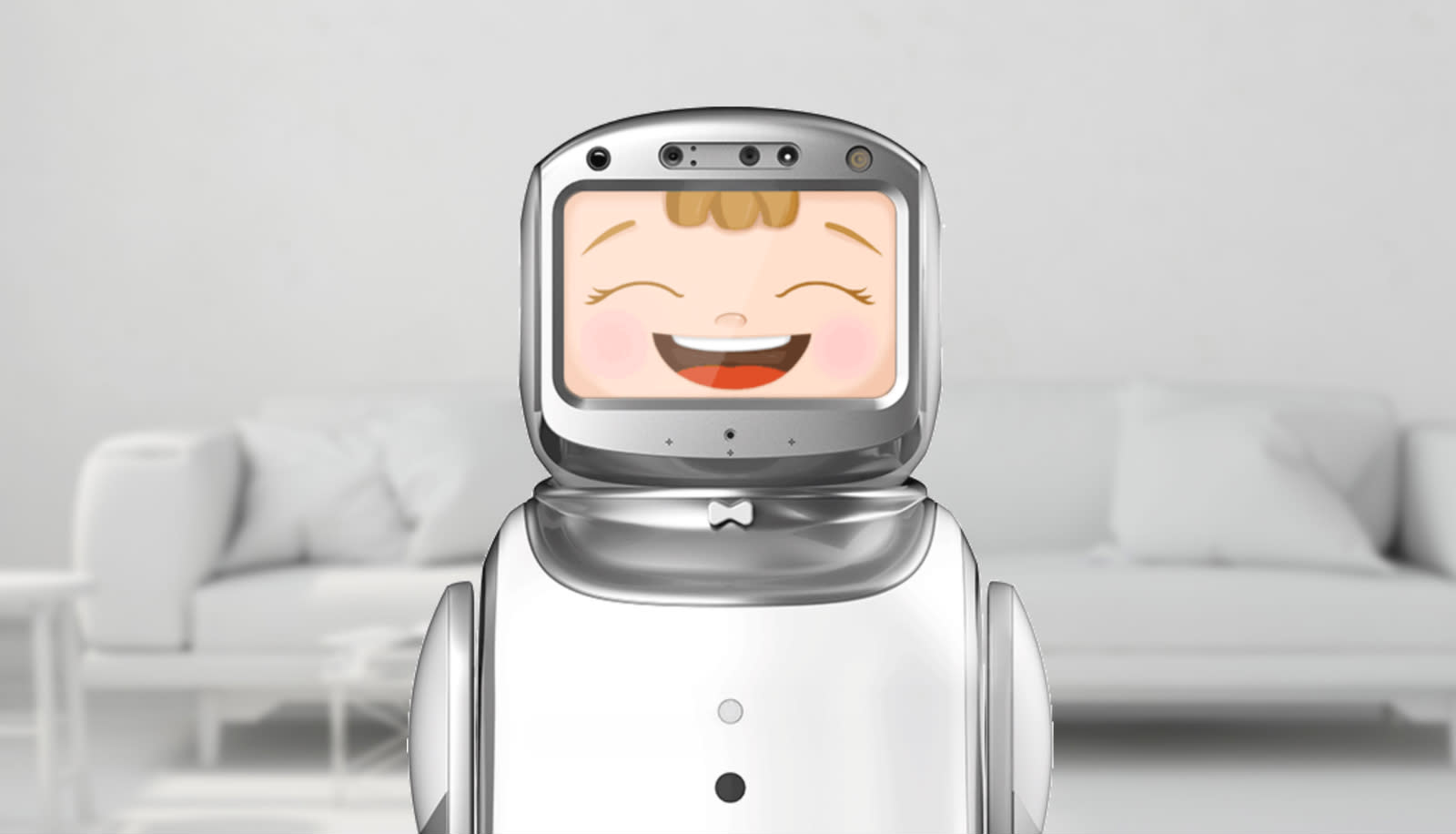 Sanbot is lurking around IFA again. The little robot helper won us over last year, but something seems different this time round. That's because we're now dealing with the Sanbot Nano, a brand-spanking new model. And, this one wants to hang out with you -- yes, you.

You see Qihan, the China-based company behind the new child-like machine, has a range of robots for various tasks. There's Sanbot King Kong, which is designed to man reception desks at hotels, and deliver food for restaurants, among other business-oriented jobs. And, our old friend from IFA 2016, Sanbot Elf (who looks like Rosie the robotic maid from The Jetsons). The latest addition to the Sanbot family is Sanbot Nano: The first of Qihan's robots for the general public. Or at least those of us with a spare $2,800 lying around. Fork up the cash and you'll get a robot the size of an infant, with a cute animated face in its display. However, if you think you're getting a kid android (like something out of Steven Spielberg's A.I.) think again. In the words of our very own James Trew, Sanbot's creations look like 1950's version of robots.

The main difference between the Nano and its predecessors is that it boasts Amazon Alexa integration. As such, you can use it to order food, shopping, and play music (via the speakers attached to the side of its head). The same goes for controlling your other smart home devices, such as speakers, lights, and thermostats. There's just one issue: an Amazon Echo Dot can do all those things at a fraction of the price, so why should you splash thousands on something that resembles a mini-fridge on wheels?

Let's be honest, if you're even thinking about snapping up Sanbot Nano you probably have money to burn. And, the novelty factor is its biggest draw. The robot comes equipped with over 50 sensors, so you can sit back and watch it navigate the room. You can also control it from anywhere, using the Q-Link mobile app. Additionally, it comes packing the same Android SDK that's available on the Sanbot Elf, giving you access to an app store filled with hundreds of apps. Q-Link also lets you live-stream video, and can convert your texts to voice messages -- in case you want to tell your friends how awesome it is to own a robot.

Sanbot Nano will hit the market for $2,800 starting in October, with support for English and German languages.

In this article: alexa, gear, ifa2017, robots, sanbot, TL18ALXA
All products recommended by Engadget are selected by our editorial team, independent of our parent company. Some of our stories include affiliate links. If you buy something through one of these links, we may earn an affiliate commission.