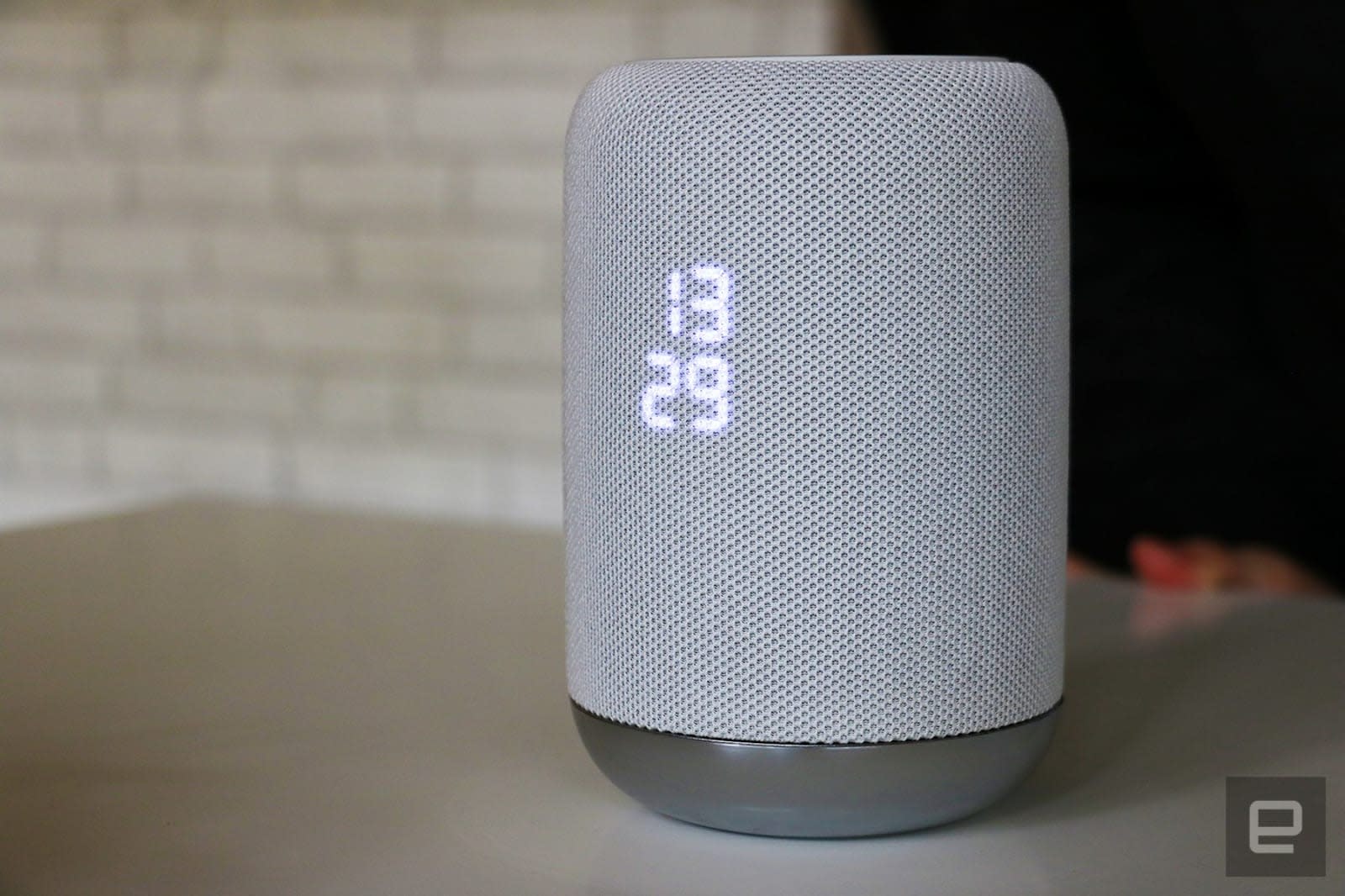 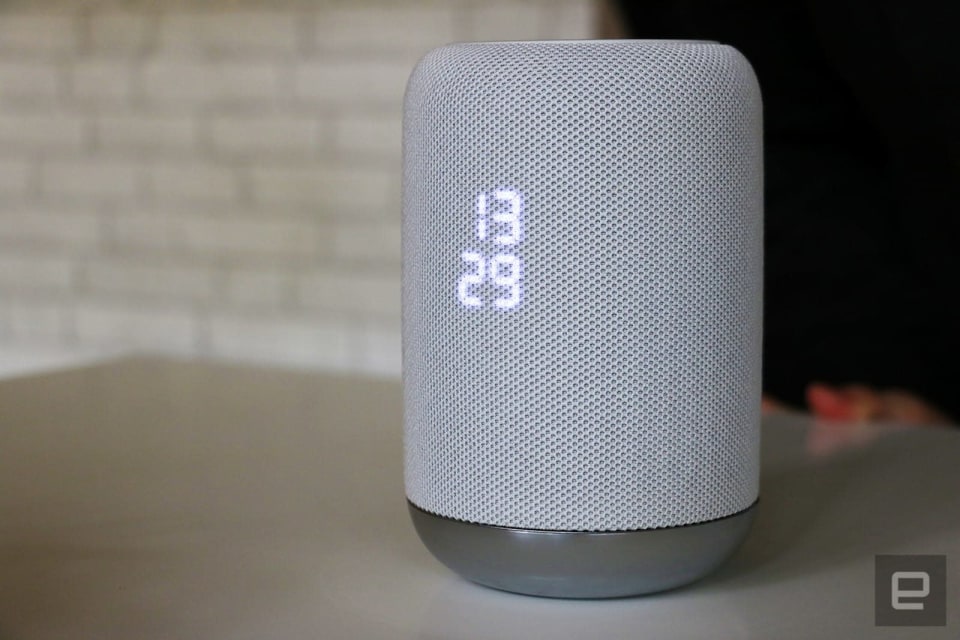 Google announced a slew of new devices running its Assistant software here at IFA 2017, and one of the most interesting additions is Sony. The electronics maker today showed off its new smart speaker, which has the unfortunately clunky name of LF-S50G. The speaker resembles Apple's upcoming HomePods, but runs Google's Assistant with some Sony enhancements. So basically it's the love child speaker of tech's Romeo and Juliet, except raised by Sony. I checked out a demo of the smart speaker at Sony's press conference here at IFA, and found it about as responsive as my Google Home. The audio is louder than the Home, and the music it played was clear -- I was surprised I could hear over the noise in the convention hall.

The speaker itself is a squat cylinder with a perforated grill, and has an LED display on the front to tell the time, and animates to show you when the Assistant is listening or processing. Much like the Amazon Echo, the Sony LF-S50G has a ring of lights at near the top to indicate volume levels, too. All told, the speaker is physically unremarkable -- some of my colleagues appreciate its aesthetic, but I find it bland. It's available in white, black and blue, and none of the three stand out as especially appealing to me. 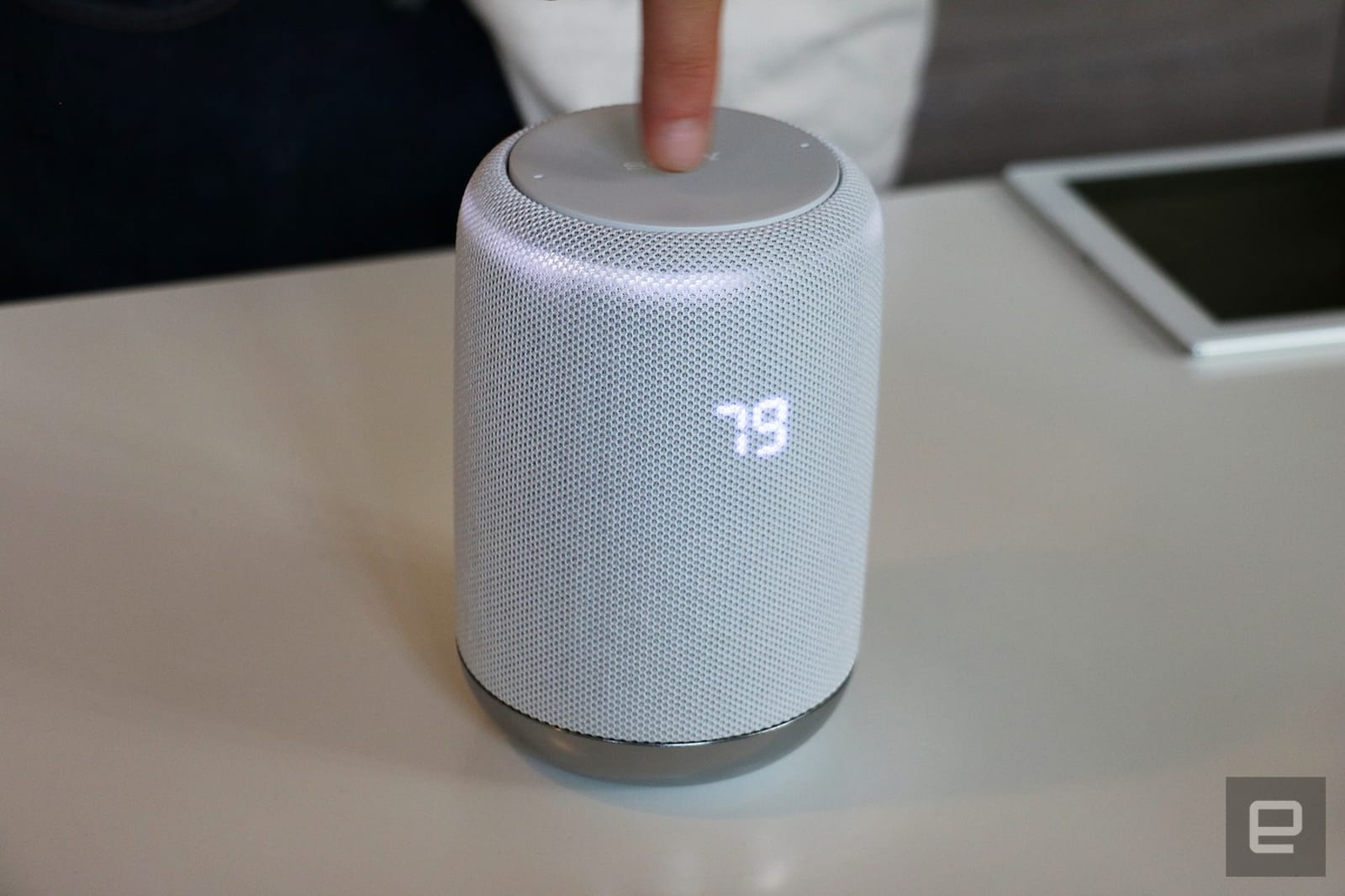 What sets the Sony device apart from other existing smart speakers is its ability to recognize touch-free control gestures to tweak volume and control playback. In plain words: you can adjust the volume by drawing a ring in midair above the speaker, or skip tracks by sliding your hand over the device. During our demo, only the Sony rep was able to do this well, most likely because he had been trained on exactly where you should place your hands. I tried drawing a clockwise ring in the air above the speaker, but it only picked up my movement after my fifth attempt. This isn't a feature I see myself using a lot, anyway, since I'd usually just tell Assistant to turn down the volume or skip to the next track.

The LF-S50G will cost $200 when it ships in October, which is $50 more than the Google Home but cheaper than the $350 Apple HomePod. From the brief demo we had here in Berlin, the Sony smart speaker's superior audio makes it a good alternative to Google's own version, but we'll have to perform our own at-home tests to see if that holds true. And with the slew of new Google Assistant speakers that were unveiled this week, the Sony LF-S50G has a lot of competition to outdo.

In this article: av, gadgetry, gadgets, gear, home, ifa2017, sony, sonyLF-S50G, sonysmartspeaker, sonyspeaker
All products recommended by Engadget are selected by our editorial team, independent of our parent company. Some of our stories include affiliate links. If you buy something through one of these links, we may earn an affiliate commission.