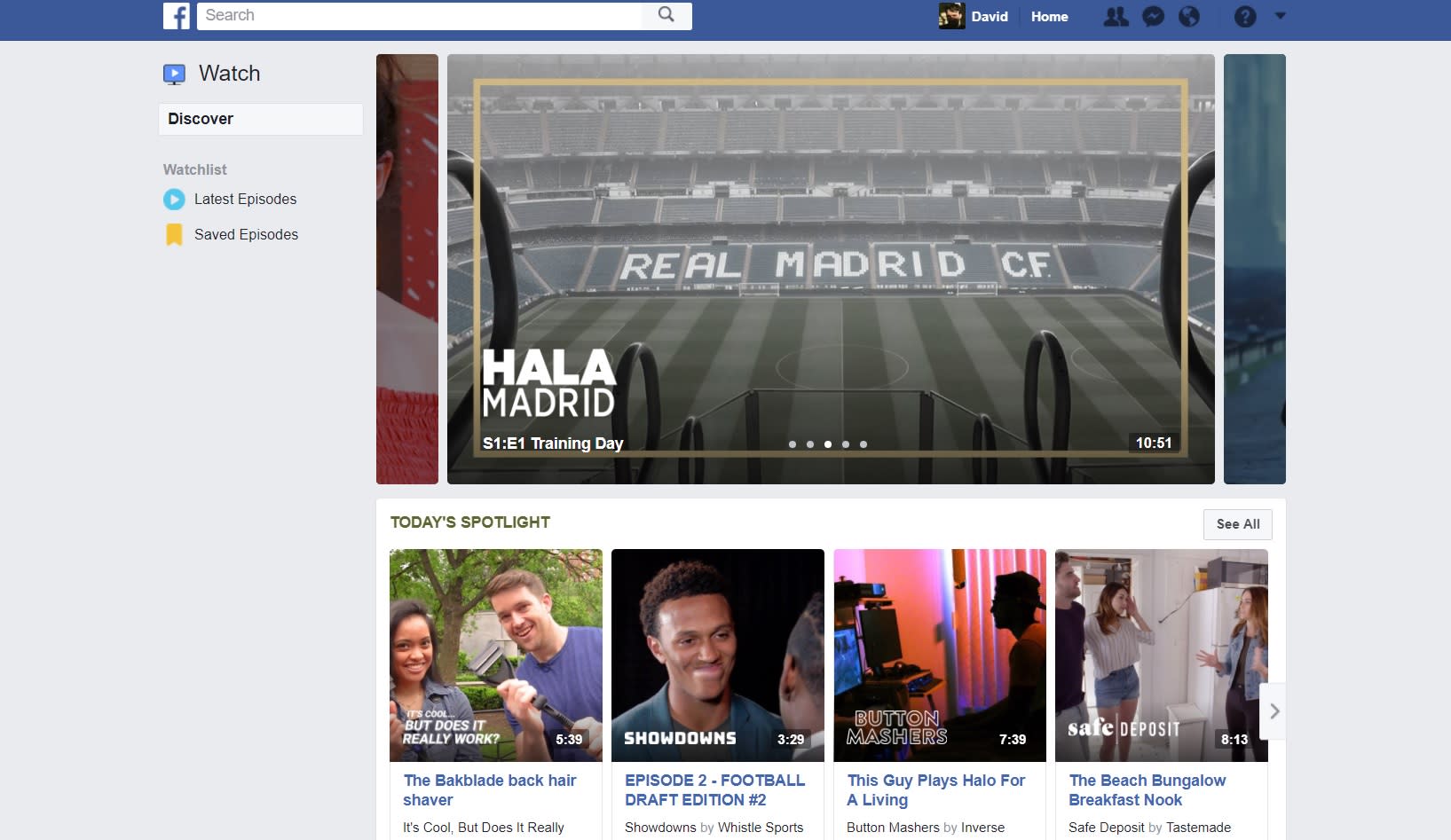 Facebook announced last month that it would be swapping out its video button for Watch, its new platform for shows. The social giant has been slowly rolling the service out to users in the US for the last week, and they've already got content from scrappy amateur creators to shows from established publications like National Geographic.

As we noted when it was introduced, the platform looks like it's appealing to YouTube creators as an alternative space to host their shows. Mike Rowe (of Dirty Jobs fame) is featured on the platform's home page with a new series called Returning the Favor, while internet sensation Humans of New York has its own program. With its recently-acquired pair of Latino-aimed YouTube shows and weekly livestreamed MLB games, it's clear that Facebook believes that TV is key to its future.

In this article: content, entertainment, facebook, services, streaming, television
All products recommended by Engadget are selected by our editorial team, independent of our parent company. Some of our stories include affiliate links. If you buy something through one of these links, we may earn an affiliate commission.