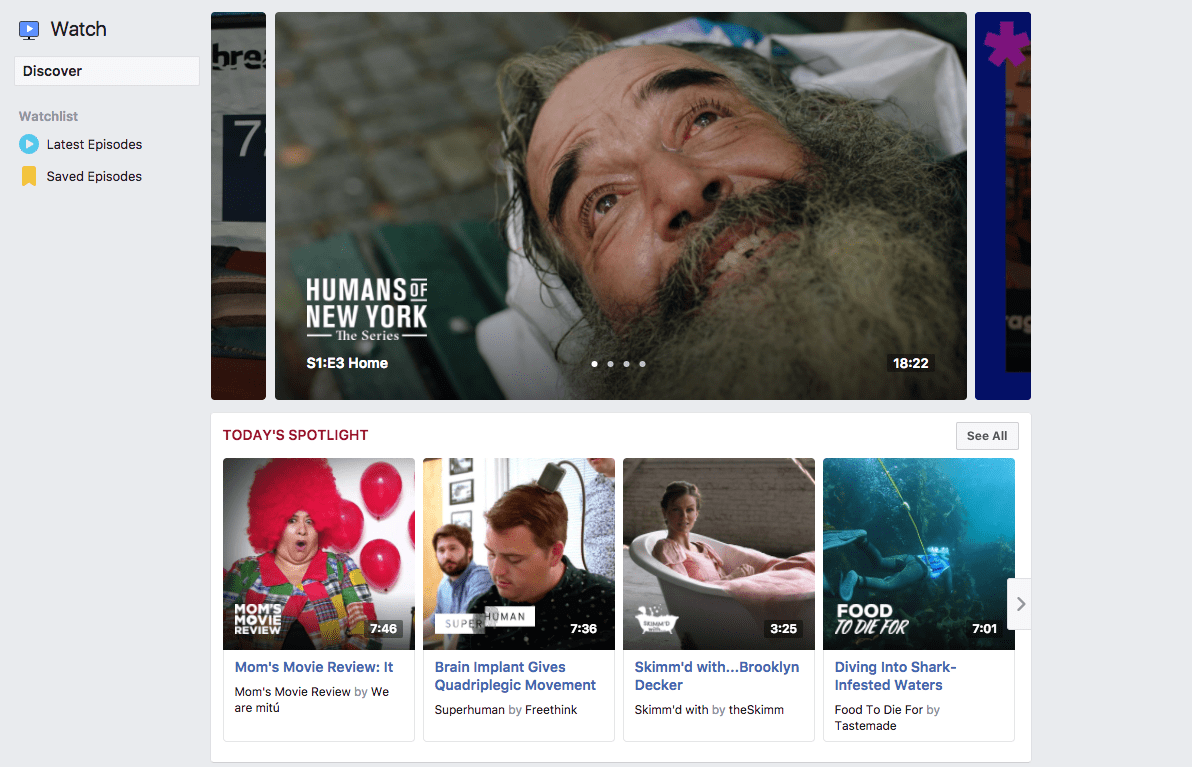 We've been aware of Facebook's video ambitions for awhile now. Last month, it replaced the "Video" button with a "Watch" tab, which was designed to be the landing page for Facebook's push into original TV shows. What we didn't know, though, was just how serious they were about it: The Wall Street Journal reports that the social media giant is willing to spend as much as $1 billion on its new video push.

The company's goal is to foster original shows that are able to compete with both traditional broadcasters and online streaming companies such as Netflix and Hulu. Presumably, they want the quality of their content to rival their competitors, hence the large spending. The $1 billion is supposed to take the company through the end of 2018.

Facebook has 2 billion members, and while it does make sense that they want to keep people within their platform (see an episode in the Watch tab and then stay within Facebook to discuss it), it's not clear how well their focus on video will actually work. Up until now, the site has focused on mining YouTube stars for original video, providing an alternative hosting site for people who have proven they have a following. But now, CEO and founder Mark Zuckerberg appears to be willing to shell out a huge sum of money for original content. Time will tell whether Facebook is successful in this endeavor.

In this article: av, entertainment, facebook, video, watch
All products recommended by Engadget are selected by our editorial team, independent of our parent company. Some of our stories include affiliate links. If you buy something through one of these links, we may earn an affiliate commission.