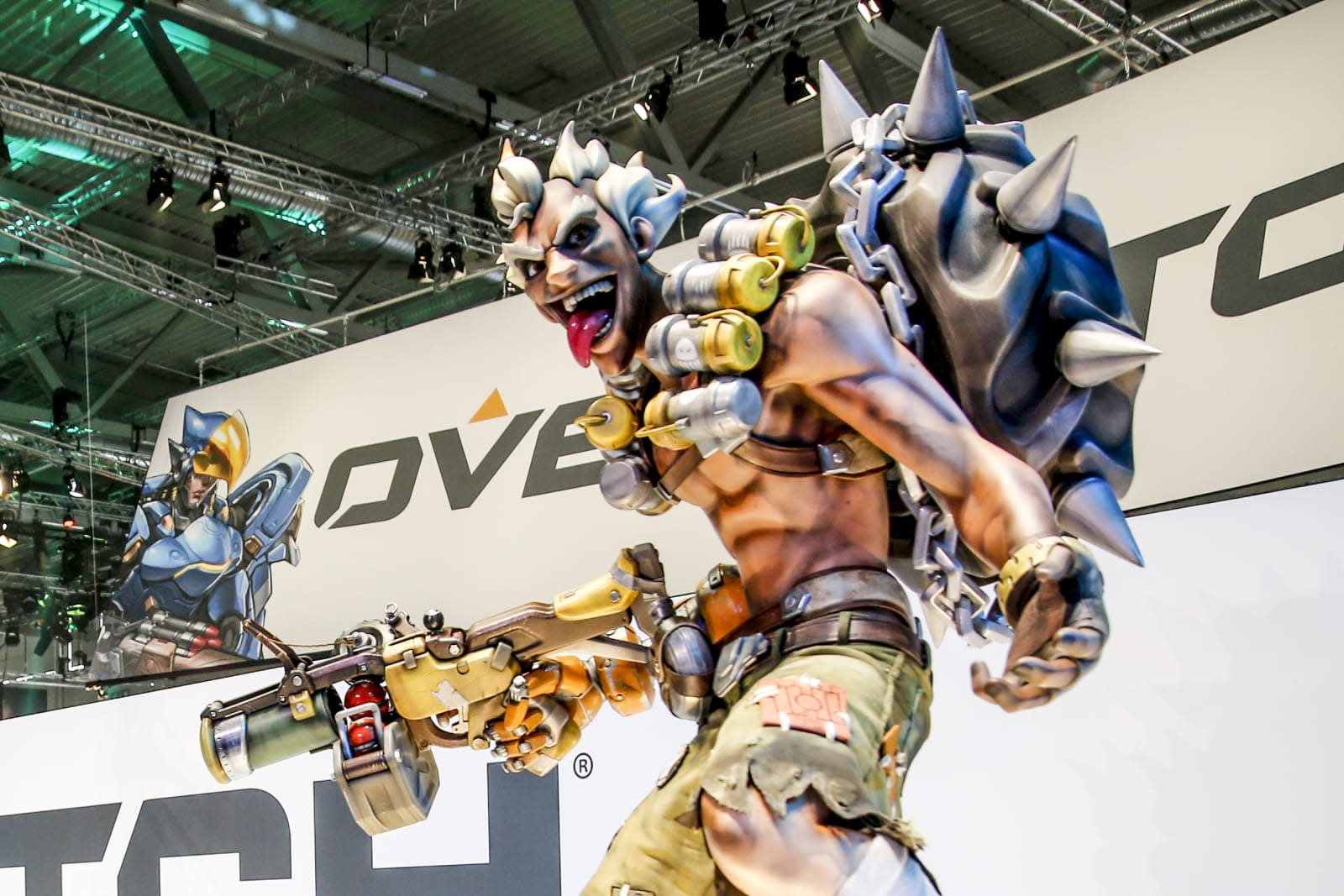 As with many other popular multiplayer videogames, toxicity is a real issue. Some players make it their sole mission to grief teammates, while others threaten to throw the game if they don't get to play their chosen character. It's particularly prevalent in Blizzard's team-based first-person shooter Overwatch, so much so that the game's director, Jeff Kaplan, has said that the development of new maps and features are continually being pushed back in order to "make people behave better."

Traditionally, Kaplan uses Blizzard's Overwatch Developer Update videos to discuss the introduction of new characters or maps, as well as announcing changes to the existing roster of heroes. In this week's bulletin, however, Kaplan spends the majority of his time talking about how the game's reporting controls are faring, ending with a message to players stating that if things stay as they are, the rollout of shiny new features will slow down as developers focus more on introducing more measures to battle toxicity.

Kaplan noted that while some are skeptical of the in-game reporting system, which has been available on PC for some time but only recently come to consoles, of the 480,000 players who received disciplinary action, 340,000 of those did so because someone reported them.

"I wish we could take the time we put into having reporting on console and have put that toward a match history system or a replay system instead," Kaplan added. "It was the exact same people that had to work on both, who got re-routed to work on the other. The bad behavior is not just ruining the experience for one another, but the bad behavior's also making the game progress -- in terms of development -- at a much slower rate."

Overwatch is different to a lot of other online shooters. Matches require six players, often randomly matched, to pick a balanced selection of heroes that can act as a tank and absorb damage, lay down their own damage and support or heal the rest of the team.

In Competitive mode, players are often accused of insta-locking damage-heavy heroes and ignoring the needs of the wider team, causing other players to "tilt" or threaten to throw the game. Others simply create alternative or "smurf" accounts and don't care if they're being toxic because it won't affect their overall rank if they're punished.

This isn't news to Blizzard, but the directness of this week's Developer Update does suggest that the company is surprised by the behavior of its 30+ million players. Kaplan was also careful to say that he was "not trying to lay a guilt trip on everybody" and admitted that he may also be part of the problem.

"The community needs to take a deep look inward," he said. "Think about all the times somebody's said something negative to you in the game and imagine now if somebody had said something positive to you instead. There's a way to spread positivity that I don't think is really prevalent right now."

In this article: av, blizzard, developerupdate, gaming, jeffkaplan, overwatch, toxicity
All products recommended by Engadget are selected by our editorial team, independent of our parent company. Some of our stories include affiliate links. If you buy something through one of these links, we may earn an affiliate commission.