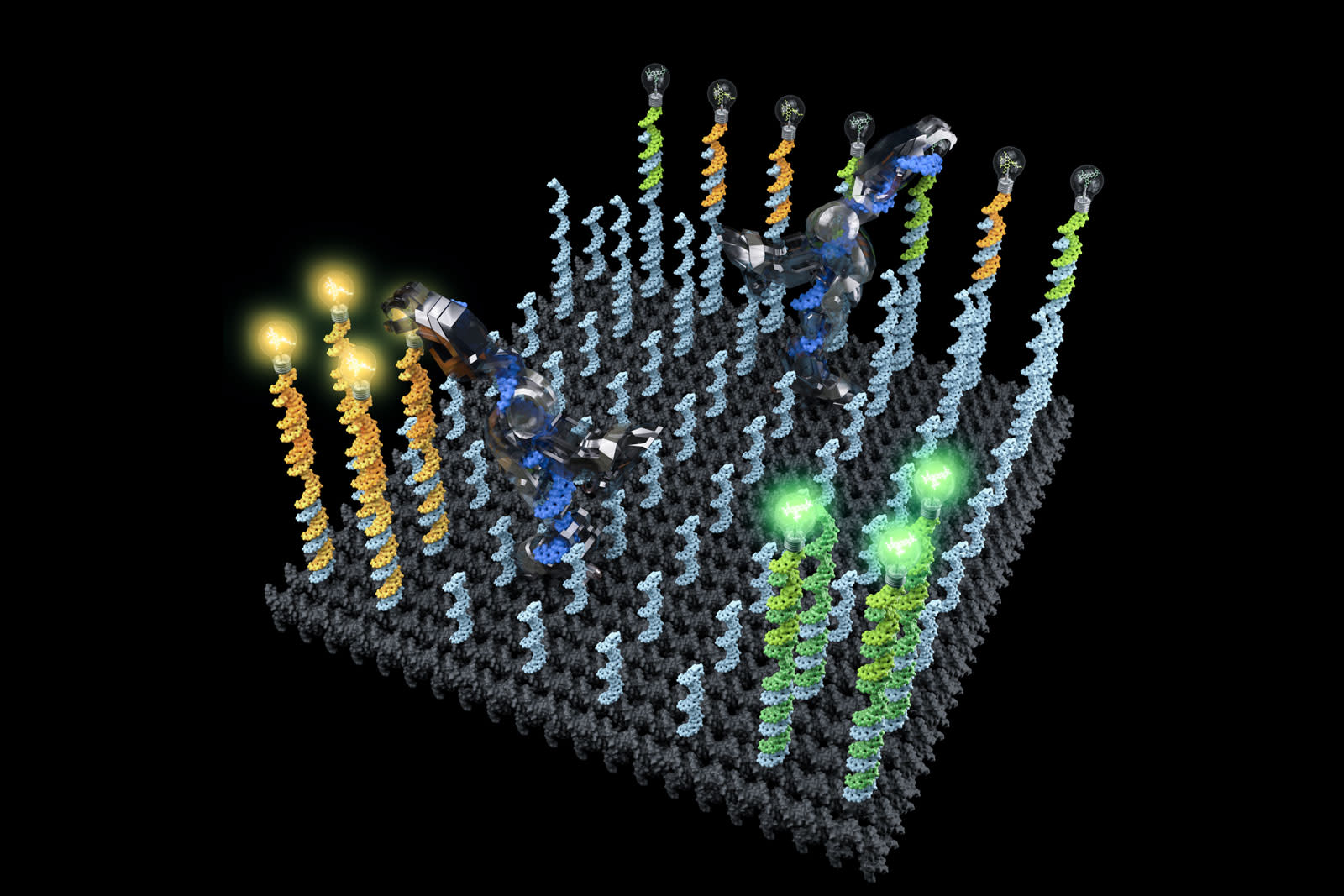 Robots are already good at sorting things, so wouldn't it be nice if they could sort things out on a much smaller scale? They might soon. Caltech researchers have developed a 'robot' made from a single DNA strand that autonomously picks up molecules and moves them to specific places. It certainly doesn't look like a machine (what you're seeing above is merely representative), it behaves like one. Each segment is a collection of nucleotides that automatically performs a specific task: one segment tells the bot where to go, while separate limbs help it move around and grab molecules.

The trick is to choose nucleotides that produce specific reactions in DNA, such as zipping (merging) or unzipping (splitting). As you can estimate how much energy it takes for those actions and the size of the strands, you can customize how quickly the bot moves.

At the moment, the DNA robots have only moved on a nano-sized peg board where it's easy to track where they go. Also, it can take a day for a robot to travel every corner of one of those boards -- efficient, but not very timely. In the long term, though, these genetic automatons could be vital in medicine and other fields. The team envisions nanorobots delivering drugs in your bloodstream when they're triggered by signals or synthesizing therapies in molecular 'factories.' They could even help the environment by sorting molecules in recycling. In short: it's flexible enough that you could eventually have a legion of invisible, microscopic helpers.

In this article: CaliforniaInstituteOfTechnology, caltech, dna, genetics, health, medicine, molecule, robot, robots, science, tomorrow
All products recommended by Engadget are selected by our editorial team, independent of our parent company. Some of our stories include affiliate links. If you buy something through one of these links, we may earn an affiliate commission.