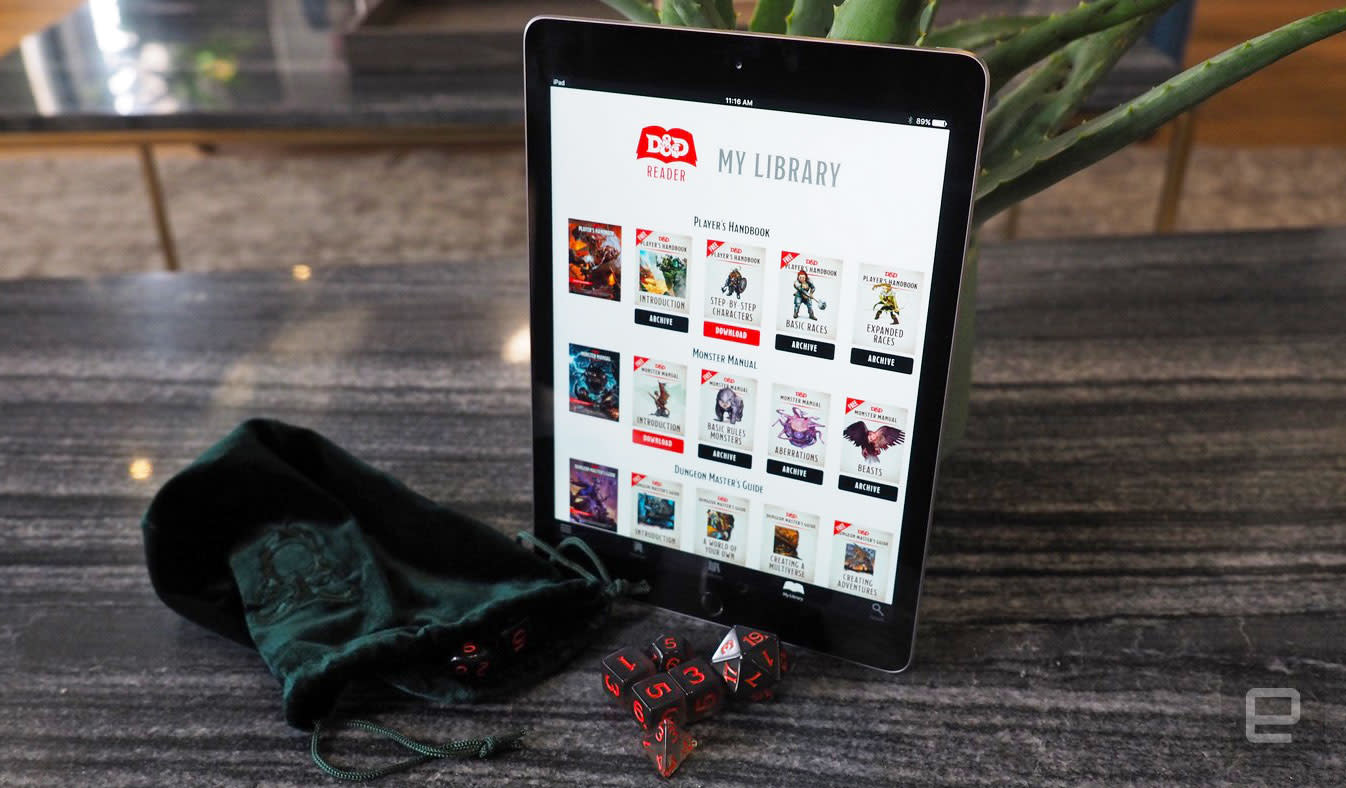 Dungeon Masters can rest a bit easier now that the library of Dungeons and Dragons core rulebooks will soon be available in an easy-to-lug digital edition. Instead of a stack of heavy paper-bound volumes, you'll be able to take your iPad or Android tablet to your next gaming session loaded up with the upcoming D&D Reader app, which should be available this fall. So far, D&D Reader offers three D&D core rulebooks in it, with free content like the Complete Basic Rules and a few sections of the Player's Handbook, Monster Manual and Dungeon Master's Guide. Other sections, as well as two adventures, will cost you, with prices ranging from $3 for a chapter in one of the volumes to $25 for full adventure modules. You can also just purchase entire books outright for $30 each, which is about the going rate for the paper copies.

The app lets you search your library of D&D books, too, plus it has a Favorites menu that you can use to keep track of those pages you access often. It should work on all iOS devices and Android gadgets with 4.4 and up, though the publisher says it will still work on Android 4.0, though it's not officially supported.

D&D's publisher, Wizards of the Coast, has been pushing into the digital realm of late, with new tools like D&D Beyond to help novices and veterans alike rid themselves of reams of paper needed to keep track of all the moving parts. The company has also been pushing into the Twitch scene, too, with channels like Dice, Camera, Action, Maze Arcana, Geek & Sundry's Critical Role, and the DM-focused Dragon+ helping to demystify the game for new players.

In this article: Android, app, d&d, D&DReader, dungeons&dragons, dungeonsanddragons, gaming, iOS, iPad, mobile, tablet, wizardsofthecoasat
All products recommended by Engadget are selected by our editorial team, independent of our parent company. Some of our stories include affiliate links. If you buy something through one of these links, we may earn an affiliate commission.