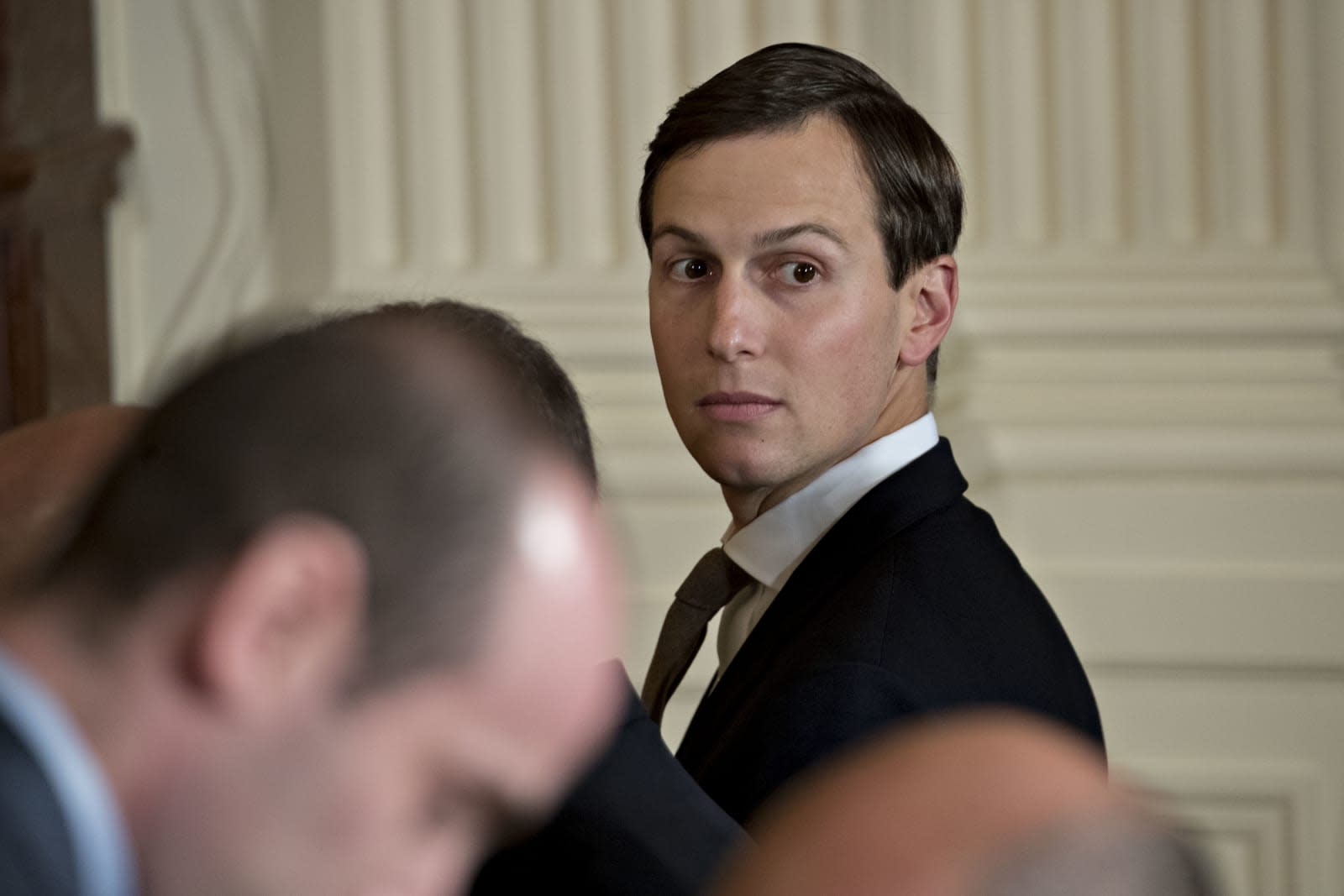 You don't have to be a former presidential hopeful to draw heat over using private email for work. Politico has revealed that presidential senior adviser (not to mention son-in-law) Jared Kushner has been using a private email account to conduct White House business. He has used the account since December to discuss event planning, media coverage and "other subjects" with both key White House members and advisers, including former strategist Steve Bannon, ex-chief of staff Reince Priebus and National Economic Council leader Gary Cohn, among others. The account was set up in December as part of the transition, but it's been in use well since President Trump took office.

Some of those involved messaged him first, including from their own private accounts.

An attorney for Kushner, Abbe Lowell, has been quick to acknowledge the ongoing use but is also downplaying its scope. Kushner has sent or received "fewer than 100 emails" between his personal account and White House officials, Lowell says. These "usually" included forwarded news stories and opinion pieces, and were typically started by someone sending a message to Kushner rather than the other way around. The lawyer says that Kushner is honoring the Presidential Records Act, which requires archiving all presidential correspondence (and related material), by forwarding messages to his government account.

The problem that it's difficult to verify that this forwarding is taking place. It also reflects a tendency of current White House staff to rely much more on private messaging instead of government supplied accounts. Unlike past administrations, it could be much harder to keep a historical record if staff are regularly using private accounts. And while analogies between this and Clinton's private email don't fit all that well (Clinton was using a private email server for potentially sensitive correspondence), it's hard to escape the irony of attacking a politician for using private email only to do that yourself.

In this article: email, gear, government, internet, jaredkushner, politics, presidentialrecordsact, security, whitehouse
All products recommended by Engadget are selected by our editorial team, independent of our parent company. Some of our stories include affiliate links. If you buy something through one of these links, we may earn an affiliate commission.