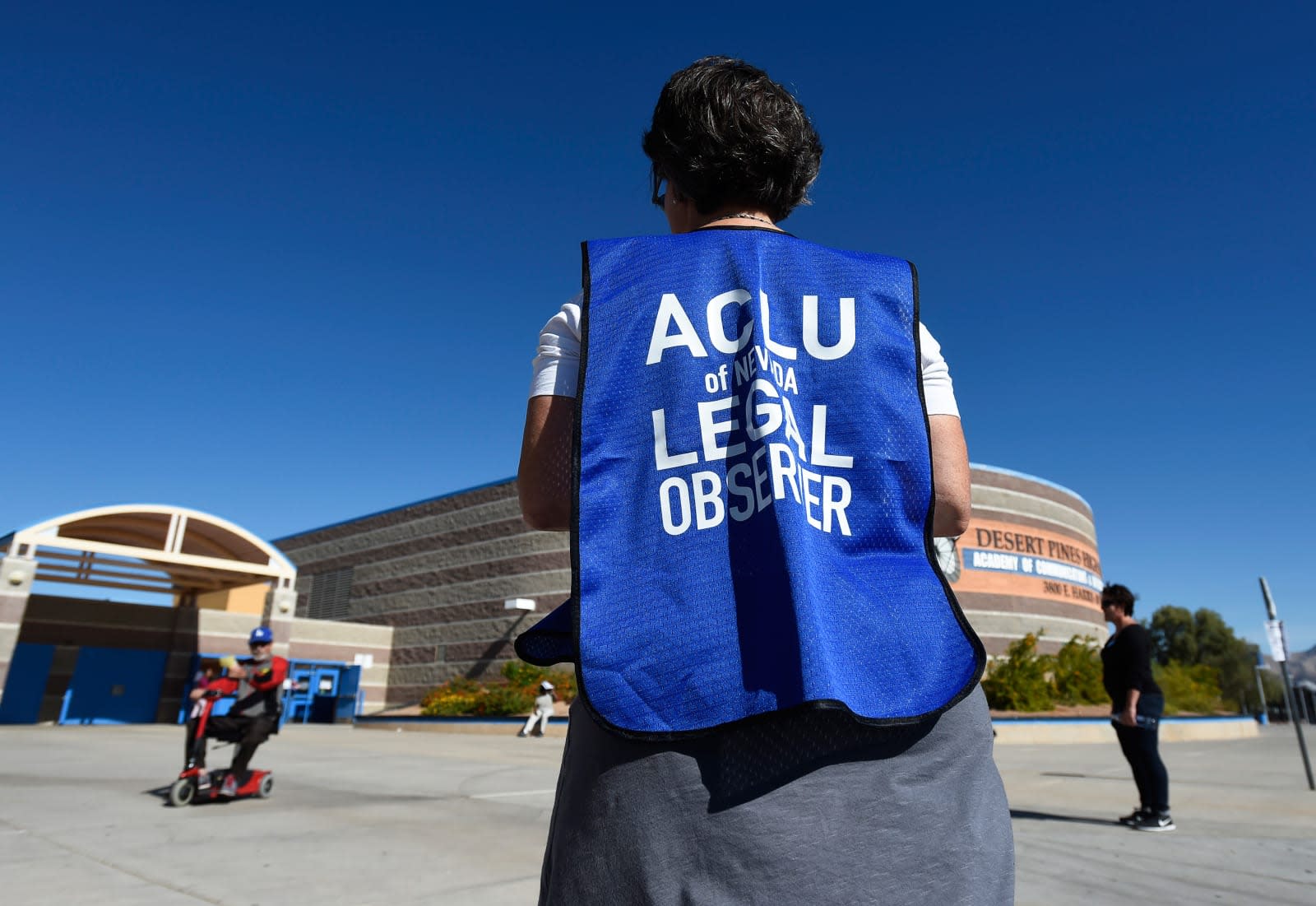 Way back in January, 200 protesters were arrested at Donald Trump's Presidential Inauguration for felony rioting. The resulting investigation into their activities has been a rollercoaster of complaints alleging DOJ overreach, including the department's request for 1.3 million visitors to a site (DisruptJ20.com) that organized the protesters. Today, the DC chapter of the ACLU announced it has filed suit against the government for another overly-broad set of inquiries. The first warrant requires Facebook to divulge extensive information on three users' accounts, including their contact network, while a second requests data on who interacted with DisruptJ20's Facebook page over a three-month period -- which is over 6,000 people.

The DOJ warrants violate Fourth Amendment rights to privacy, the ACLU said in a statement -- specifically because it reveals the "lawful political associations and activities of the users and thousands of third parties." The ACLU found it particularly heinous that law enforcement would tangentially get access to records of political organizing that opposes the administration that they work for.

"Although the warrants claim to seek only evidence in support of the government's prosecutions of January 20 demonstrations, they demand—among other things—all private messages, friend lists, status updates, comments, photos, video, and other private information solely intended for the users' Facebook friends and family, even if they have nothing to do with Inauguration Day. The warrants also seek information about actions taken on Facebook, including all searches performed by the users, groups or networks joined, and all "data and information that has been deleted by the user.""

The ACLU's issue with the DOJ's Facebook page-related warrant is a little more intricate. Sure, anyone could find out who was on a public group's list of followers, but Facebook would be divulging info on users who simply interacted with the page. In the ACLU's words, "Although the page is public, the warrant would require the disclosure of non-public lists of people who planned to attend political organizing events and even the names of people who simply liked, followed, reacted to, commented on, or otherwise engaged with the content on the Facebook page. During the three-month span the search warrant covers, approximately 6,000 Facebook users liked the page."

Folks first found out about the DOJ's requests to Facebook when the social network fought back on a gag order that prevented them from informing the three users targeted by the investigation. While the DOJ rescinded the order, they still required the information. Likewise, the department gave up on its request for the IP of 1.3 million visitors to DisruptJ20.com, but served an amended warrant to the site's host the next day. In this round of overreach, the ACLU is requesting the DOJ rescind, or amend, its warrants.

"We successfully fought in court to be able to notify the three people whose broad account information was requested by the government. We are grateful to the companies and civil society organizations that supported us in arguing for people's ability to learn about and challenge overly broad search warrants," said a Facebook spokesperson.

In this article: aclu, DepartmentOfJustice, doj, facebook, investigation, politics, security, warrant
All products recommended by Engadget are selected by our editorial team, independent of our parent company. Some of our stories include affiliate links. If you buy something through one of these links, we may earn an affiliate commission.