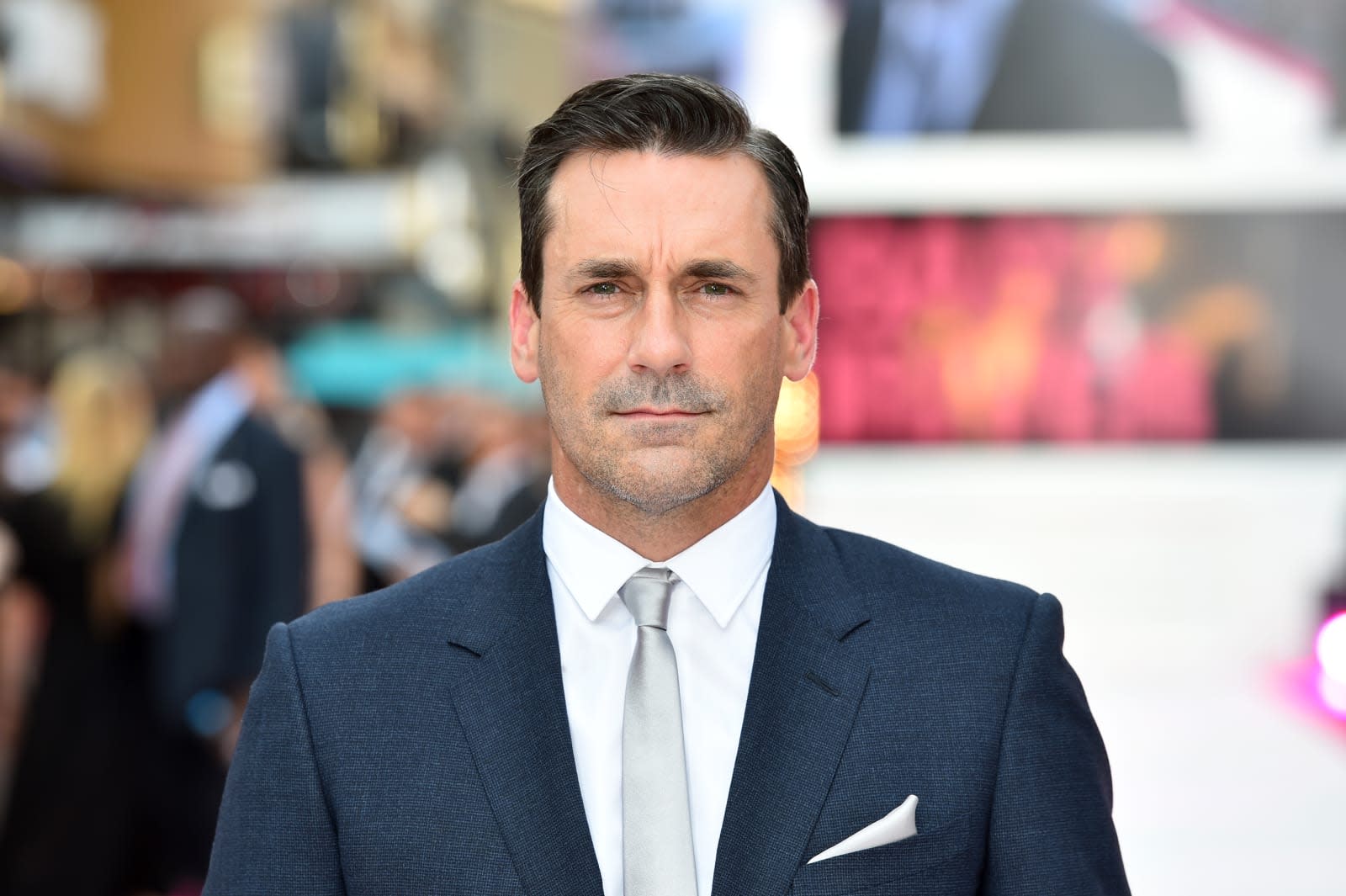 Amazon's quest to hire top-tier actors for its original shows is still in full swing. The internet giant has revealed that Mad Men star Jon Hamm is joining the main cast of Good Omens, the episodic adaptation of the novel penned by Neil Gaiman and the late Terry Pratchett. Appropriately for the former Don Draper, he'll play Gabriel -- Gaiman describes the character as the "good-looking, charismatic and impeccably dressed" archangel that serves as a foil to his more earthly counterpart Aziraphale.

He's not the only big name in the cast given that Michael Sheen (Aziraphale) and David Tennant (the demon Crowley) are already on deck. And this isn't Hamm's first streaming rodeo, either. You'd recognize him in Netflix's Unbreakable Kimmy Schmidt and Wet Hot American Summer: First Day of Camp.

However, the jump to Good Omens underscores just how fiercely competitive the streaming video market has become. Where the mere act of scoring a major actor for an online show was a big deal a couple of years ago, streaming video is now big enough that it's more a question of which service gets their attention. In other words, the internet video space is becoming more like... well, Hollywood. Top-flight talent is more of a mainstay, and actors definitely won't be loyal to any one distributor or studio.

In this article: amazon, amazonprimevideo, entertainment, goodomens, internet, jonhamm, neilgaiman, primevideo, services, streaming, television, terrypratchett, tv
All products recommended by Engadget are selected by our editorial team, independent of our parent company. Some of our stories include affiliate links. If you buy something through one of these links, we may earn an affiliate commission.