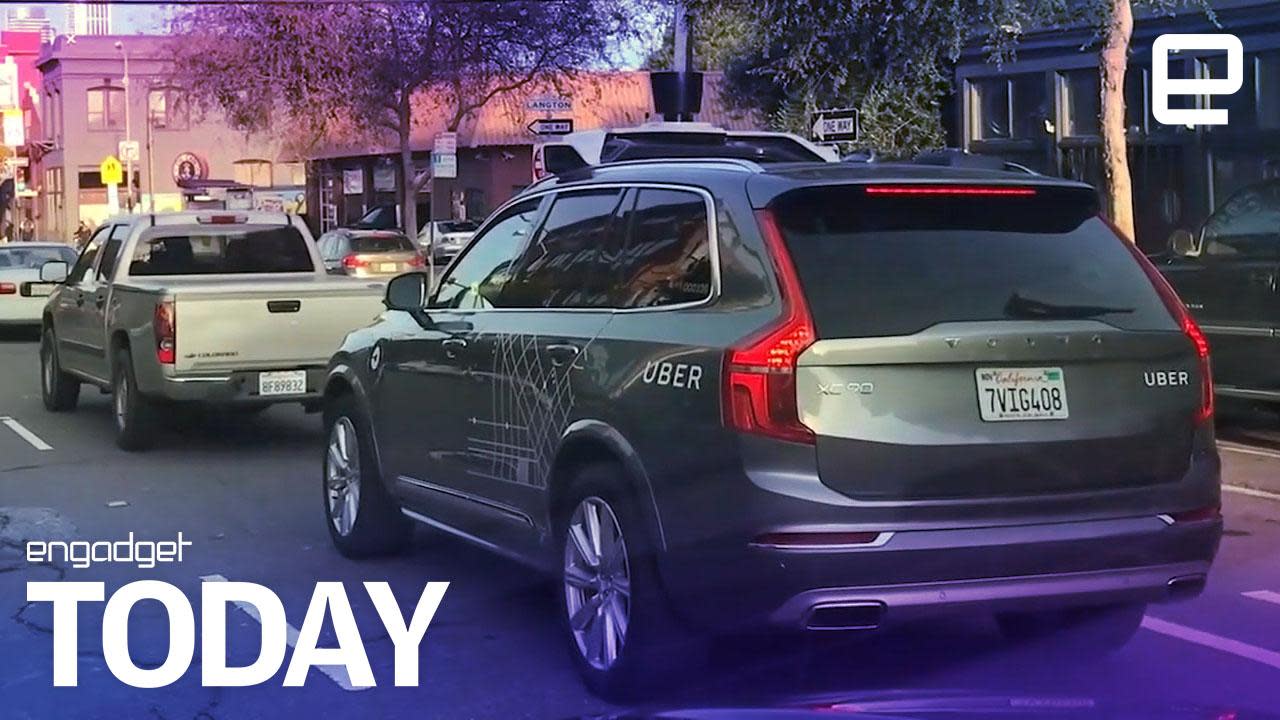 Last year when Uber was considering a purchase of newly founded self-driving truck company Otto, it commissioned a due diligence report that dove into the company, its assets, cofounders Anthony Levandowski, Lior Ron and Don Burnette and a few other employees that left Google for the startup. It became a hot item in the Waymo lawsuit against Uber and though Uber and Levandowski fought to keep the document out of Alphabet's hands, a judge ordered it to be turned over to Google's and Waymo's parent company by September 13th. Well that document has now been made publicly available, Recode reports, and some of its contents don't look great for Uber.

The report was put together by cybersecurity firm Stroz Friedberg which found that Levandowski had 50,000 work emails on his computer from when he was employed at Google. On his phone, he also had pictures of a Google car, technical diagrams and a LiDAR patent application. Waymo's LiDAR technology is the basis of the company's suit against Uber. The report also describes five disks that held proprietary Google information that Levandowski supposedly discovered in his possession and alerted Uber to. Travis Kalanick, Uber's CEO at the time, reportedly said he "wanted nothing to do with the disks" and Levandowski claims he had them destroyed. However, the Stroz Friedberg report notes some difficulty in confirming Levandowski's story.

Aside from Levandowski, Stroz Friedberg also found that cofounder Lior Rion possessed confidential images on his phone and had deleted files from his computer in the midst of its investigation as had Otto Chief Operating Engineer Colin Sebern.

However, while this report highlights what sorts of proprietary information Otto employees may have taken with them after leaving Google -- as well as some shady behavior -- it doesn't prove that any of that information was ever used by Uber to develop its technology. And that's something Alphabet will need to demonstrate in order to win its case against Uber.

Last month, after receiving this document, Alphabet requested the trial be delayed in light of new evidence that it needed to work through. The judge is supposed to decide today whether the October 10th start date will be pushed.

In this article: alphabet, AnthonyLevandowski, business, design, gadgetry, gadgets, gear, google, LIDAR, otto, Self-drivingCar, transportation, TravisKalanick, uber, video, waymo
All products recommended by Engadget are selected by our editorial team, independent of our parent company. Some of our stories include affiliate links. If you buy something through one of these links, we may earn an affiliate commission.