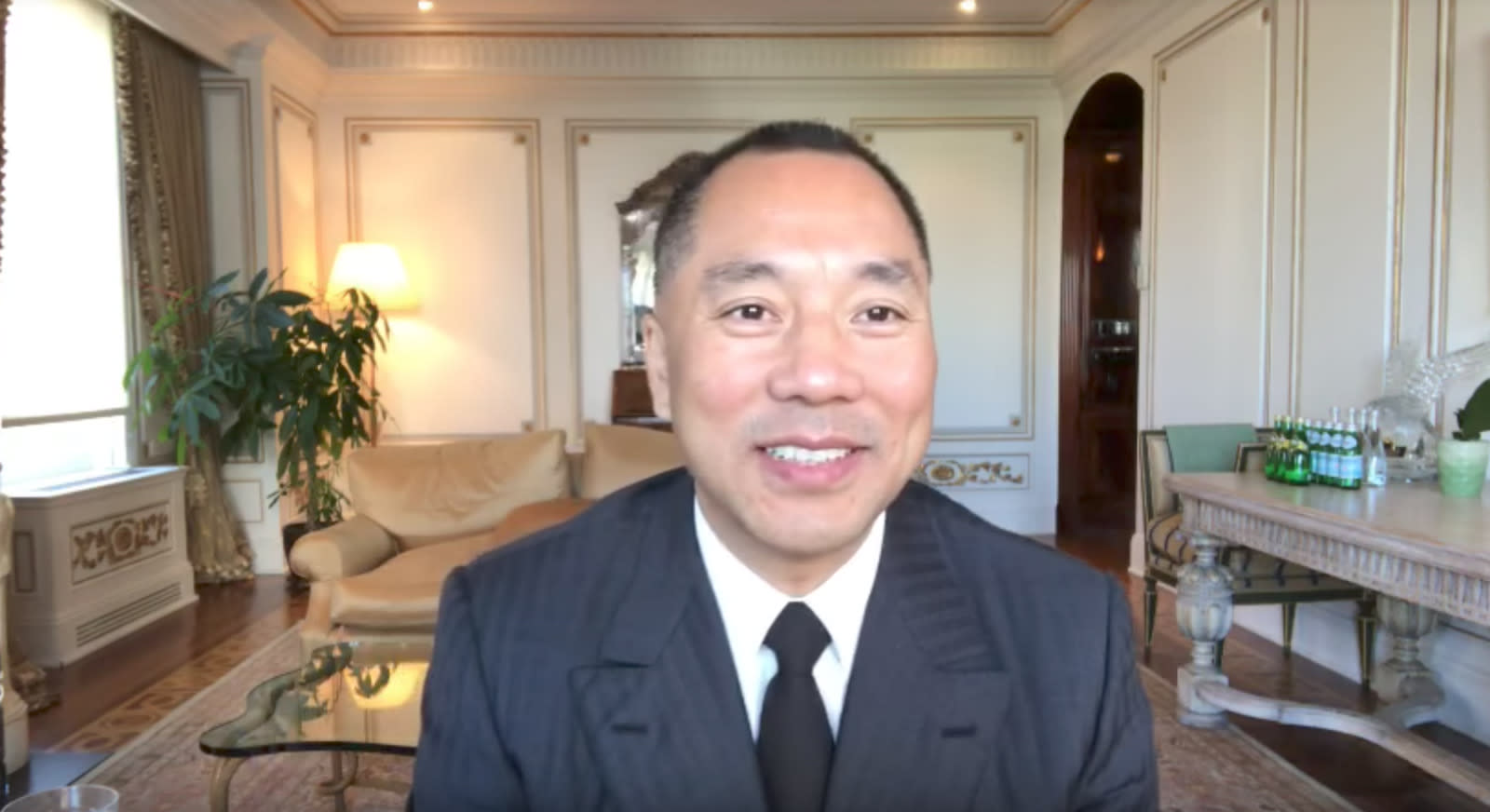 China claims it wasn't behind the hacking of a US think tank that was set to host exiled Chinese tycoon-turned-activist Guo Wengui. The Hudson Institute abruptly canceled its event with Guo last week, claiming it had detected a Shanghai-based attack aimed at crippling its website.The incident was raised by US Attorney General Jeff Sessions in his meeting with Chinese government officials on Wednesday, according to The Wall Street Journal. Guo himself also claimed that the law firm representing his US political asylum bid backed out after it was targeted by Chinese hackers. In a statement, China's Ministry of Public Security told Reuters it had found "no evidence" of government involvement in the alleged cyberattacks.

Guo, who left China in 2014, is an outspoken critic of the country's Communist Party. The New York-based tycoon's unsubstantiated accusations against top-tier Chinese officials on Twitter and YouTube have garnered him quite the social media following. For its part, China has issued a global "red notice" through Interpol for Guo's arrest. Although the exact charges against him remain unclear, the country's state-run media has previously accused him of bribing a vice-minister. And, in August, Chinese police opened a new investigation against the billionaire on rape charges. Guo is also facing a series of defamation lawsuits in the US from various Chinese individuals and companies. He denies all the allegations against him.

China is no stranger to charges of state-sponsored hacking. Last year, the Federal Deposit Insurance Corporation pointed the finger at the Chinese military for a spate of cyberattacks launched against it since 2010. And, in August, the FBI said it had arrested a Chinese national linked to the massive data breach that struck the Office of Personnel Management back in 2014 to 2015.