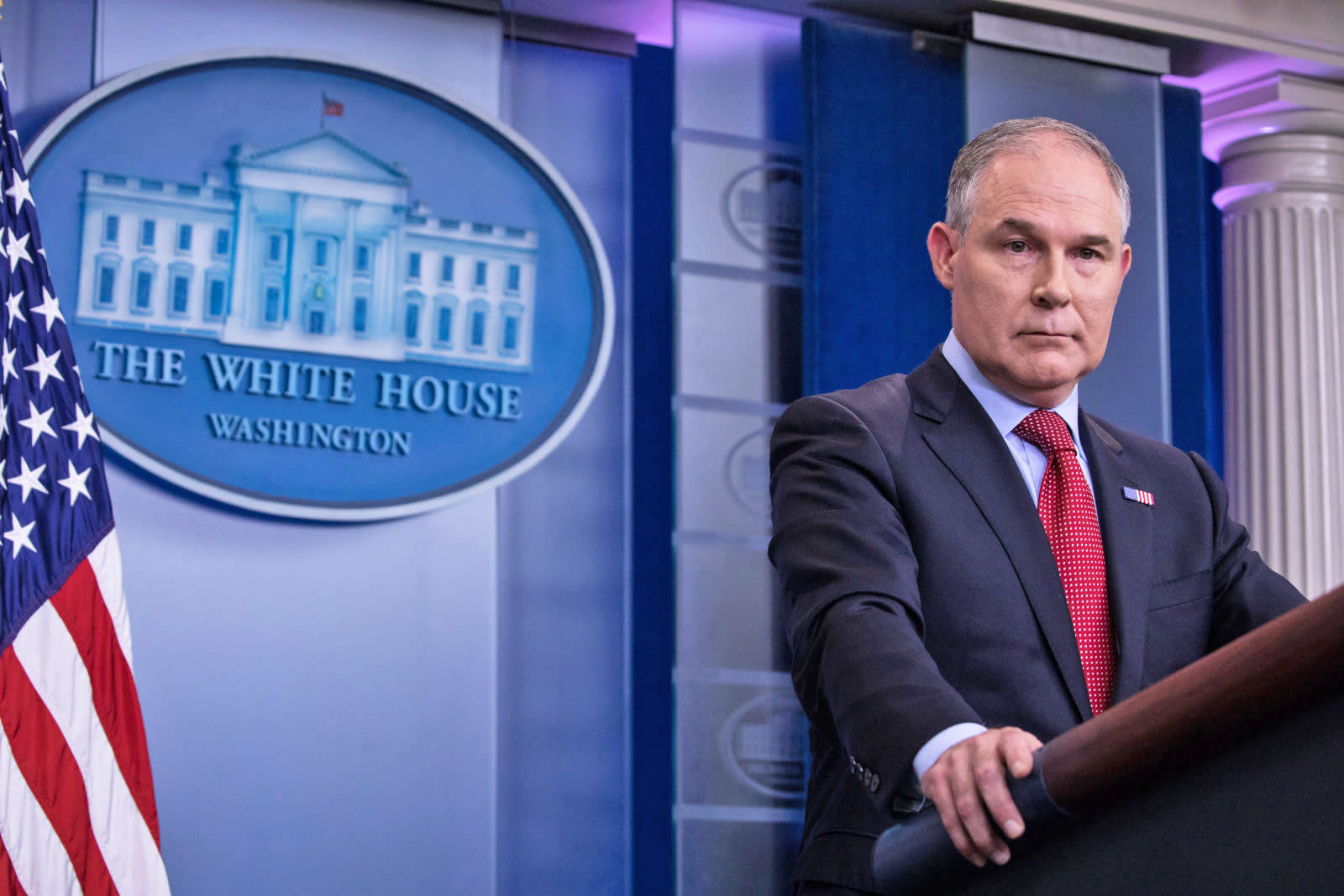 The Environmental Protection Agency (EPA) Administrator, Scott Pruitt, announced today he would sign a proposed rule that would withdraw the Obama administration's Clean Power Plan (CPP). "Here's the president's message: The war on coal is over," Pruitt said today during a speech given in Hazard, Kentucky.

The CPP was initially proposed by the EPA in 2014 and President Obama revealed a final version of the plan in 2015. But the the CPP, which stipulated that power companies had until 2030 to reduce their carbon emissions by 32 percent relative to 2005 levels, never really got a chance to have an impact. Soon after it was introduced, a number of states challenged the legality of the plan and 29 went so far as to petition the Supreme Court to halt its implementation until a court could review it. In a five to four vote, the Supreme Court justices granted that stay. The case, brought forth by over a dozen states, has remained in limbo at the DC Circuit US Court of Appeals while the Trump administration has considered what to do. In March, the president signed an executive order directing agencies to review regulations that might impede the coal industry, which included the CPP. Today's announcement from Pruitt is an expected result of that order.

The Trump administration has presented opposition to environmental regulations from the very start. It has specifically targeted regulations enacted by the Obama administration, cut funding for climate-focused programs and withdrawn the US from the Paris climate change agreement. Dissolving the CPP is just the latest in a series of moves aimed at rolling back environmental protections in favor of boosting struggling fossil fuel industries.

As of now, the EPA hasn't said whether it will replace the CPP with some watered down version, but Reuters reports that the agency said it would be releasing an Advanced Notice of Proposed Rulemaking to solicit ideas for a possible replacement.

In this article: CarbonEmissions, CleanPowerPlan, DonaldTrump, environment, EnvironmentalProtectionAgency, gear, green, obama, ObamaAdministration, parisclimateagreement, politics, scottpruitt, TL17CLMCHG
All products recommended by Engadget are selected by our editorial team, independent of our parent company. Some of our stories include affiliate links. If you buy something through one of these links, we may earn an affiliate commission.