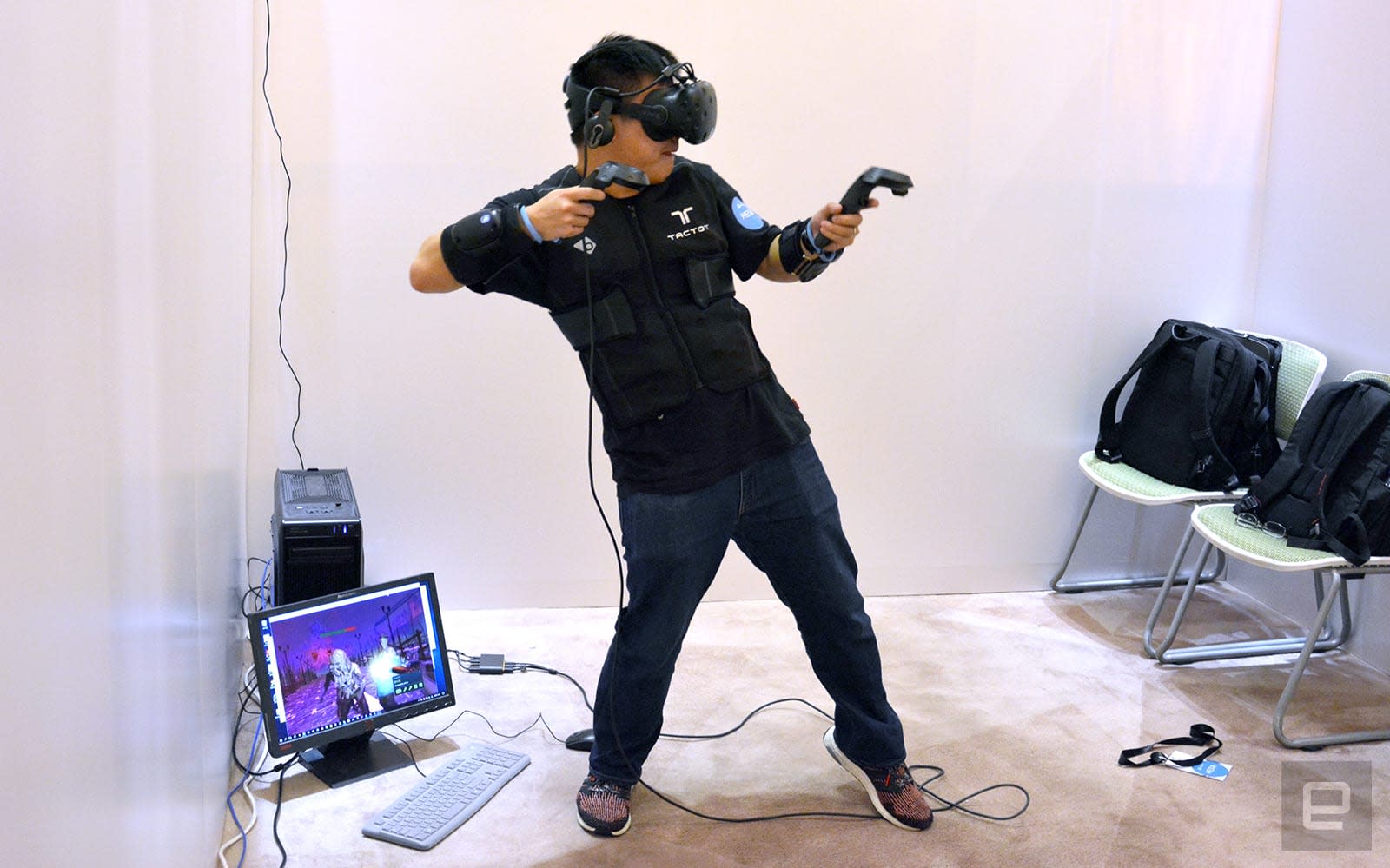 If you want to play a room-scale VR game using Steam's current tracking method, you need to do it in a 13-by-13 foot area. That's fine for your living room, but what if you want more space? Don't fret: Valve has announced that SteamVR Tracking 2.0 will support a cavernous 33 feet by 33 feet space starting in early 2018. You'll need four trackers to do it instead of two, but this could be very helpful for arcades or any other experience that could benefit from greater freedom of movement.

The company is looking at support for even more tracking stations and thus a larger space, but it doesn't have a timetable to offer. Don't expect to run around a warehouse-sized VR environment, folks. There also won't be an official mounting option for SteamVR until later in 2018, and the finished next-generation tracking system won't work with existing HTC Vive headsets. Developers can use the Vive through engineering samples that add a blinker for backwards compatibility.

As you might guess, this won't make a huge difference if you only ever experience VR in your den. It's more about public or commercial VR, where you want as few arbitrary boundaries as possible. However, it's advances like these that could be crucial to VR as a whole. Walkabout VR should ideally be limited only by the size of the room, not the trackers. This isn't technically unlimited, but it's close enough that more developers could let their imaginations run wild.

In this article: gaming, htcvive, personal computing, personalcomputing, steam, steamvr, videogames, virtualreality, vive, vr, wearables
All products recommended by Engadget are selected by our editorial team, independent of our parent company. Some of our stories include affiliate links. If you buy something through one of these links, we may earn an affiliate commission.