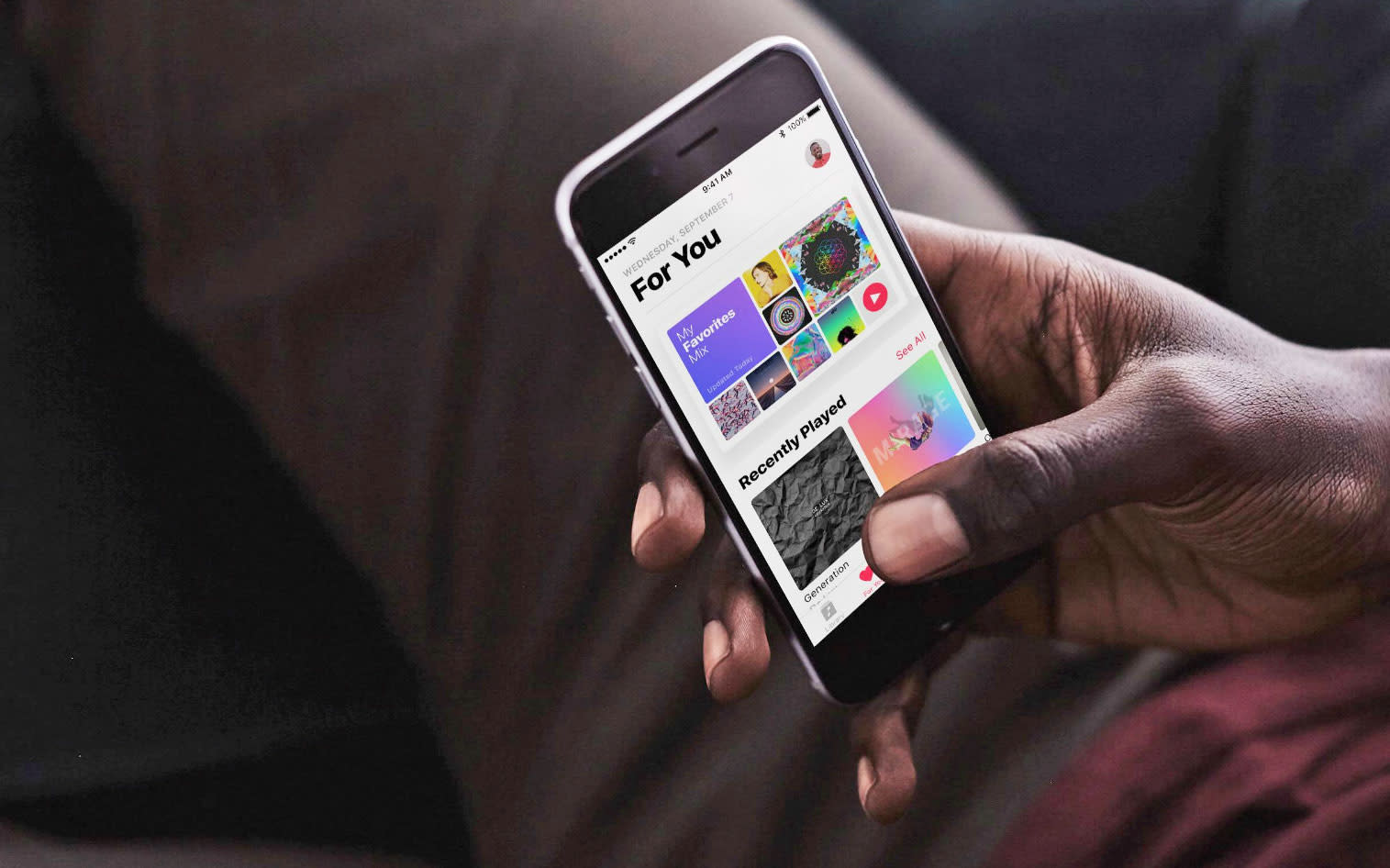 Zero-rated services, it seems, are here to stay. Almost every major UK network has revealed its own take on the concept, offering "free" data when you use specific apps on your phone. Three's version, Go Binge, launched in July with a handful of partners including Netflix, Deezer and SoundCloud. Today, to coincide with the launch of the iPhone X, the company has announced a new addition: Apple Music. The service joins the Go Binge family on November 27th and will be eligible for customers with an "advanced" contract or SIM-only plan with at least 4GB of data.

The offering trumps EE, which currently offers a six-month trial of Apple Music with "free" streaming data. Three's roster of zero-rated services, however, pales in comparison to Vodafone. In early November, the network operator will launch five paid data "Passes." The most alluring is the Video Pass, which costs £7 per month and gives you "free" data for Netflix, Amazon Prime Video, YouTube, Vevo, My5 and TV Player. The Music Pass, which costs £5 per month, is also notable as it bundles Spotify, Apple Music, Tidal, Deezer, Amazon Music, Soundcloud and Napster.

Zero-rated services are controversial. Critics argue that the concept fundamentally undermines the principles of net neutrality; that all data should be treated equally. If a service is "free" to access, customers are more likely to use it, regardless of whether the competition is better. That poses a problem for startups who could have great features or ideas, but don't have the cash to "buy-in" to zero-rated services like their established competition. In short, the fear is that juggernaut media companies will stifle any rival before it has a chance to innovate or attract customers.

For now, though, the UK government doesn't seem to mind. (European regulators currently judge zero-rating schemes on a case-by-case basis.) Customers aren't likely to complain either, because "free" data is, well, free (provided you don't mind using the inclusive services). Unless a regulator steps in, these schemes will only grow in number — especially as carriers try to wean their subscribers off high and unlimited data cap plans.

In this article: apple, applemusic, entertainment, gobinge, MusicStreaming, netneutrality, services, three, threeuk, zerorated, ZeroRating
All products recommended by Engadget are selected by our editorial team, independent of our parent company. Some of our stories include affiliate links. If you buy something through one of these links, we may earn an affiliate commission.