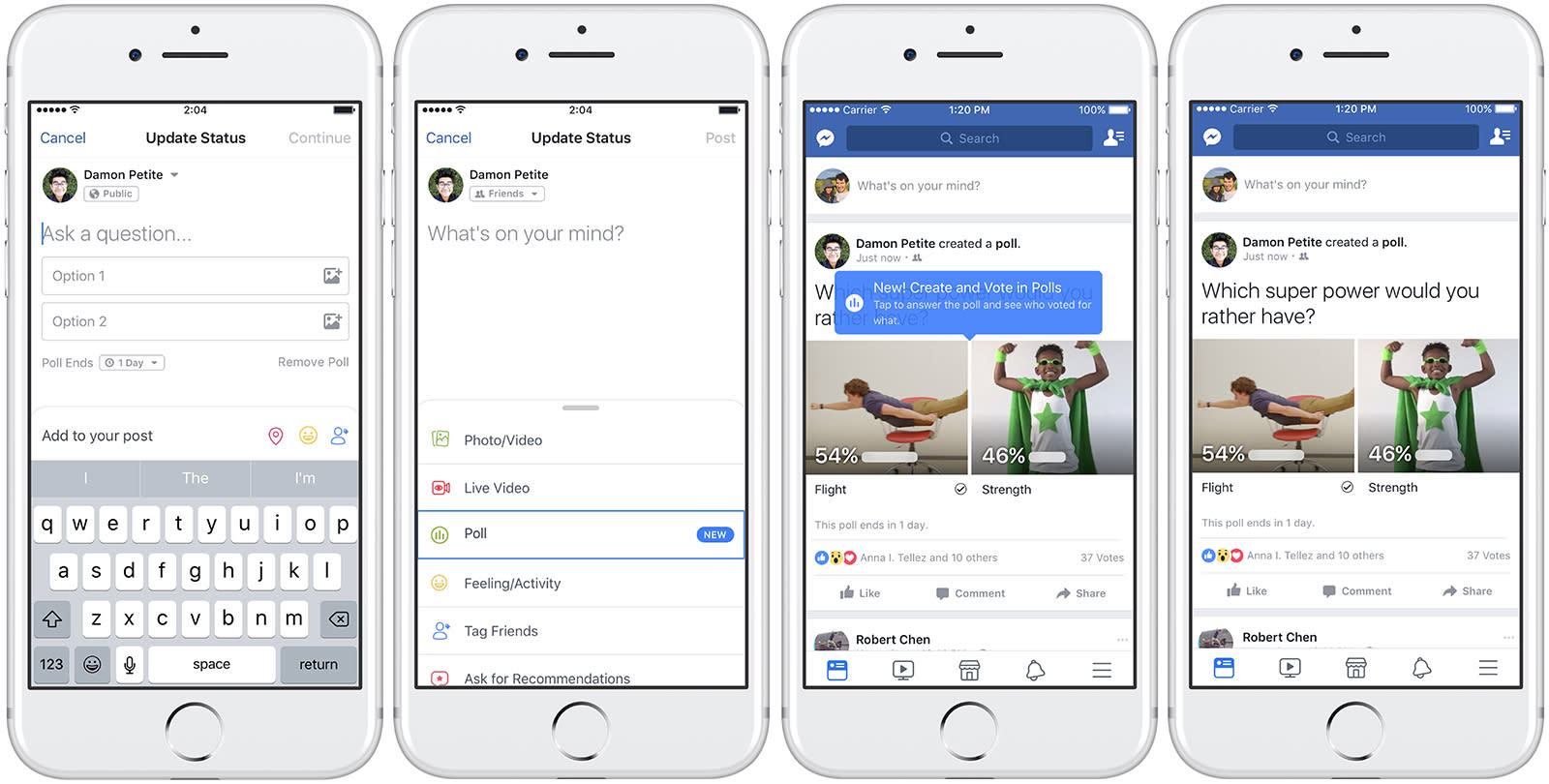 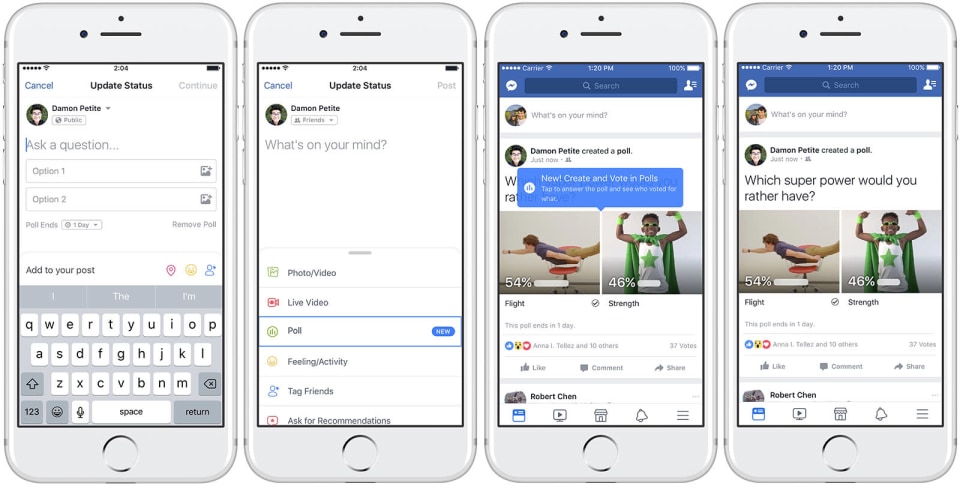 Polls check a lot of social media manager boxes like "engagement," "feedback" and "traffic lift." With all those buzzwords, it's truly a wonder that Facebook hadn't yet pilfered, I mean borrowed, the idea from poll-crazy rival Twitter. Expect to see them everywhere in your feeds from now on, however, as Facebook has launched Polls globally on iOS, Android and the web. Starting today, you'll be add surveys on any silly topic you like and add GIFs and photos to make them pop.

To create one, you open Facebook and click on the "what's on your mind" text box, and a new "Polls" icon option will appear. Click on that, and then enter your question into the status box labeled "ask a question." Then, you can can fill in the question with no character limit, and add two, and only two, responses, each limited to 25 characters. You can then add your own images or GIFs to add some life to your survey.

Facebook has used polls in Instagram Stories and Messenger over the last year, and recently acquired "positive polling" app "tbh." However, "for the past several years there's been no one way for both people and Pages to easily poll friends and fans," it notes.

It's not clear why Facebook apparently only gives you two polling response options, unlike Twitter which has a maximum of four. Judging by the images above, Facebook wants to the poll to be more image-oriented than Twitter's and the layout on mobile lends itself better to two responses.

While it seems Facebook is coming late to this party, it's hard to second-guess their strategy given their blockbuster earnings report this week. It promised to sacrifice profits in the future in favor of better security, but speaking of polls, two around Facebook are pretty interesting. In September, 54 percent of respondents believed Russian posts on social media influenced the 2016 election, and in another from two days ago, 79 percent of Trump's voters said they don't care.

In this article: facebook, GIFs, Global, internet, Polls, Rollout, SocialMedia, Survey, Twitter
All products recommended by Engadget are selected by our editorial team, independent of our parent company. Some of our stories include affiliate links. If you buy something through one of these links, we may earn an affiliate commission.