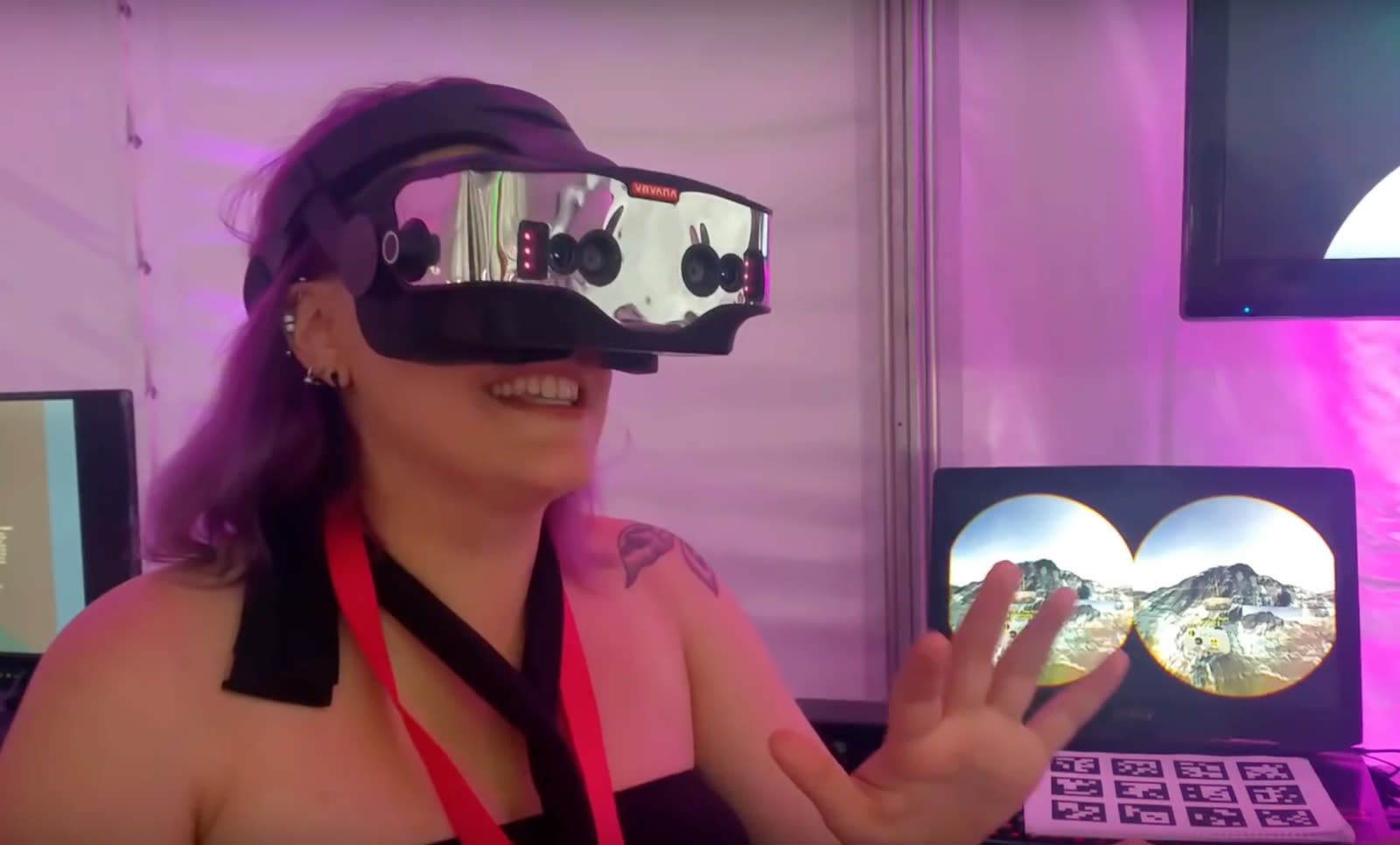 Those rumors of Apple making an augmented reality headset just got a little more fuel. TechCrunch sources say that Apple has acquired VRvana, a startup that crowdfunded (but hasn't shipped) a unique camera-based AR and VR headset, the Totem. Unlike Microsoft's Hololens and Windows Mixed Reality headsets, Totem promises a "seamless blend" between augmented and virtual worlds. It can display fully opaque images on its OLED display, letting it transition gracefully from AR to VR. Also, it eliminates the potentially disorienting lag that's characteristic with camera-based approaches to mixed reality -- prototypes have cut the delay down to just 3ms, as the company's Bertrand Nepveu explained in June.

The hardware also has "inside-out" tracking that uses the cameras to track the user's overall position, and infrared to follow your hand gestures.

We've asked Apple if it can confirm the deal, although it declined to comment when asked by TechCrunch. The company typically acknowledges a purchase with a boilerplate statement saying that it doesn't discuss its plans for newly-bought companies.

Provided the scoop is accurate, there are hints at what Apple might do with VRvana's technology. It would make the most sense for the AR headset rumored for 2020, which is said to be a fully self-contained device with its own operating system. Apple could offer AR and VR in a device where both would feel relatively natural: no lag, no ghostly visuals, no cords and no mandatory controllers. Tim Cook recently told the Independent that display quality was a significant barrier to good AR, and VRvana may have just what Apple needs to solve that problem and beyond.

Whatever the startup brings to the table, it's just one part of a larger puzzle. Apple recently bought SensoMotoric Instruments, which specializes in eye tracking in addition to AR/VR work, and has been snapping up other AR- and VR-related companies for years. If Apple goes forward with a headset at all, the finished product will likely bear only a passing resemblance to what you've seen before.

In this article: acquisition, apple, augmentedreality, crowdfunding, gear, headset, mobile, personal computing, personalcomputing, video, vrvana, wearables
All products recommended by Engadget are selected by our editorial team, independent of our parent company. Some of our stories include affiliate links. If you buy something through one of these links, we may earn an affiliate commission.