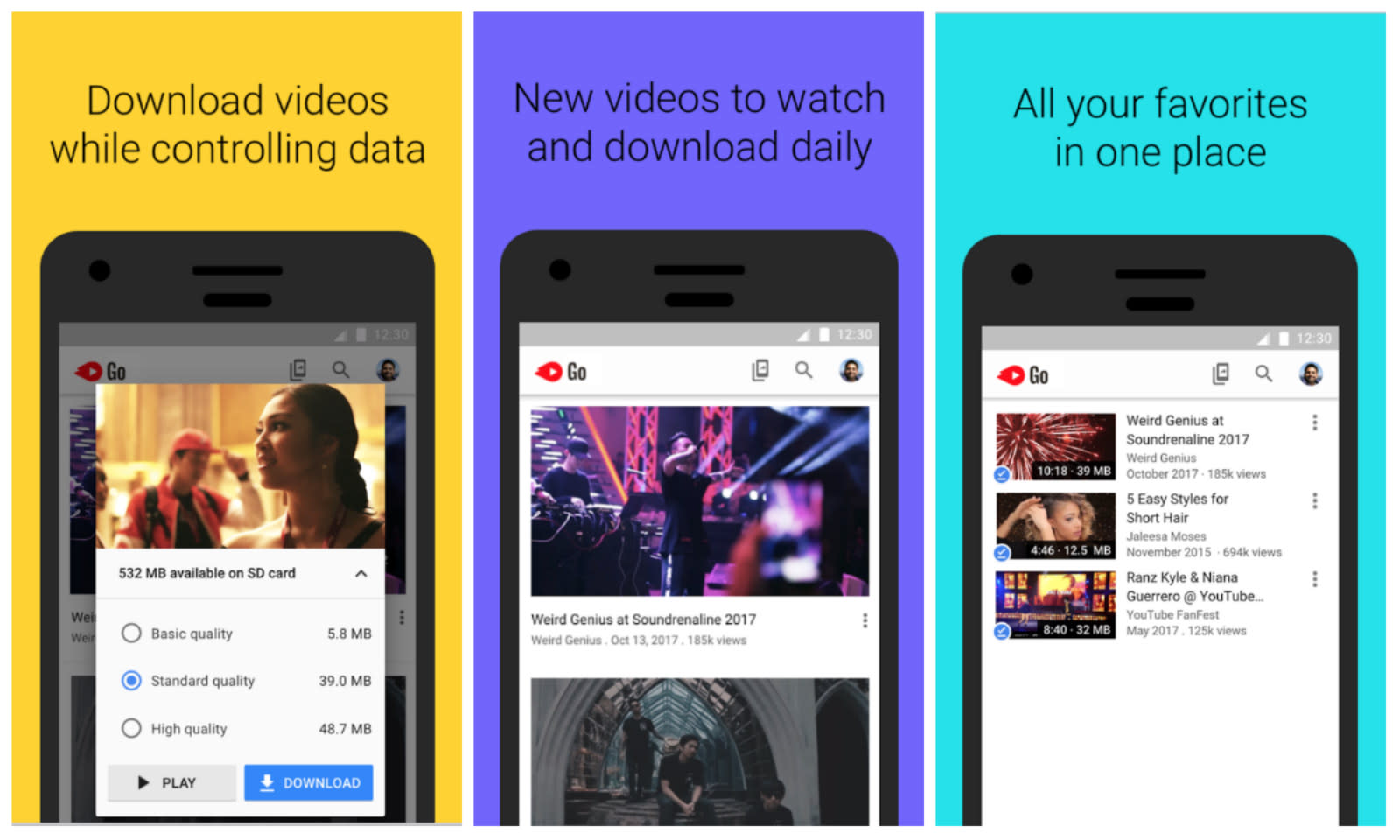 Google is officially ripping the beta label off YouTube Go: the lightweight app that lets you save vids to watch offline. For now, it's still only available in India and Indonesia, but there's every chance it will spread to more countries now that a stable version is ready.

The big G has been tweaking YouTube Go since it first arrived in April, with its current design skewing closer to the original YouTube app, according to Android Police. Elsewhere, it remains unchanged. You still get plenty of compression controls for video quality and data usage -- plus, you can send local clips to nearby friends over Bluetooth. Ultimately, it's tailor-made for low-bandwidth regions. But, as we've seen with Google's offline features for Maps, that doesn't mean it will remain an Asia exclusive. Too impatient to wait? You can always pony up for YouTube Red instead.

In this article: gear, google, mobile, youtube, youtubego
All products recommended by Engadget are selected by our editorial team, independent of our parent company. Some of our stories include affiliate links. If you buy something through one of these links, we may earn an affiliate commission.