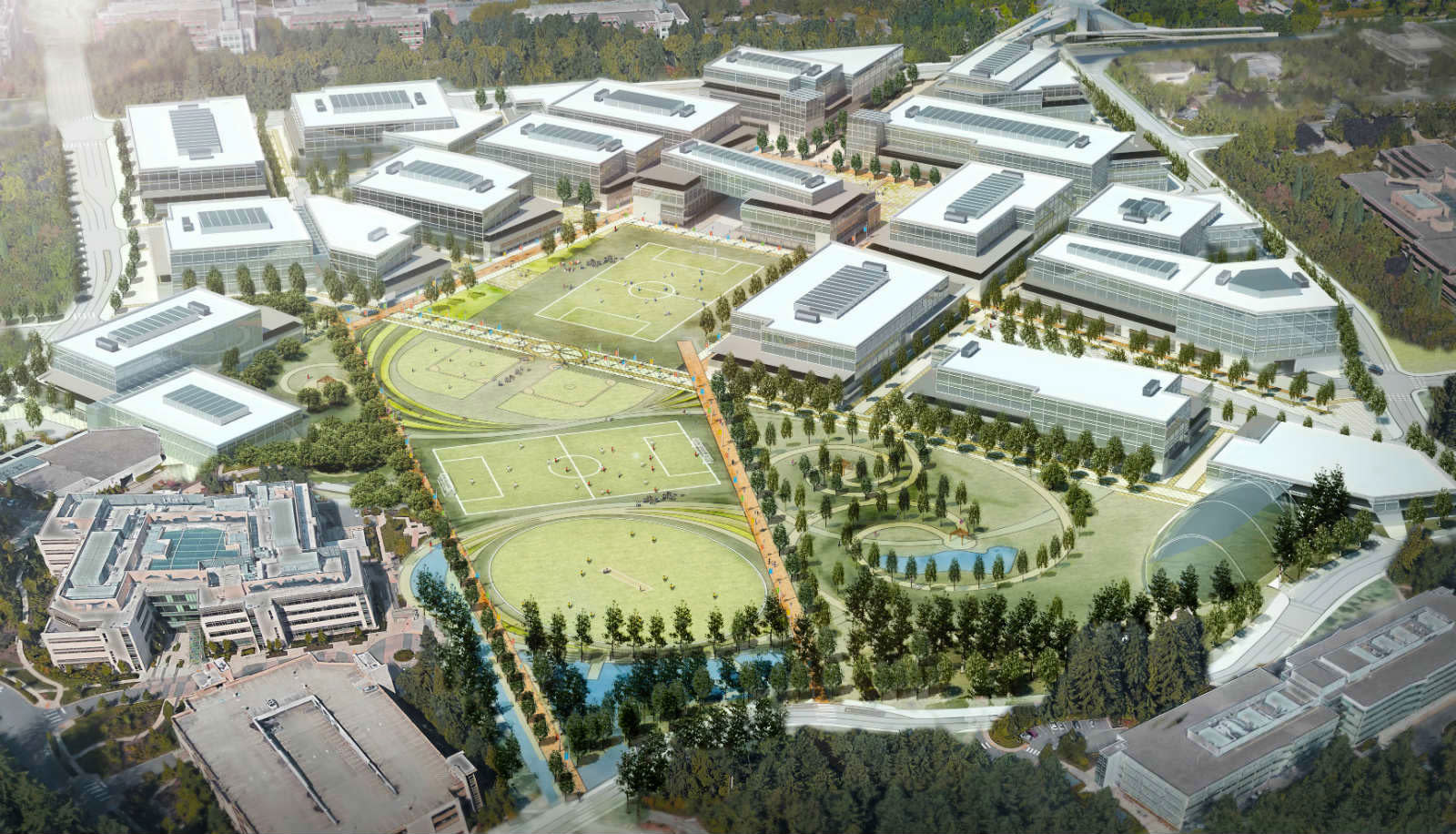 Microsoft is planning a multi-billion dollar expansion of its Redmond campus, as it looks to add room for an extra 8,000 workers. Over the next five-to-seven years, the company will construct 18 new buildings, add 6.7 million square feet of renovated workspace, and pump $150 million into transportation improvements and recreational facilities alone. The massive project, which spans the equivalent of 180 football fields, will kick into gear in fall of 2018.

It seems Microsoft has been suffering from office-envy of late, watching from the sidelines as fellow tech titans hogged the limelight with their new HQs. As if Apple's jaw-dropping 'spaceship' campus wasn't enough, Amazon flipped the script this year by asking cities across the US to bid to host its second headquarters. Meanwhile, Google is gradually taking the wraps off its $1 billion London campus, complete with a pool and multi-purpose games area.

Unlike its counterparts, though, Microsoft is staying put. The company has become synonymous with Redmond, Washington, since moving there in 1986. And in the future, parts of the campus will be open to the public, including its two-acre open-air plaza that packs sports facilities, a retail space, and hiking trails. The site will hold up to 12,000 people, claims Microsoft. To accommodate commuters, car parking is moving underground and a pedestrian-and-cyclist-only bridge is being built across the WA-520 highway, in preparation for the local light rail arriving in 2023.

It's also hoping to generate goodwill by touting the external job growth (particularly in construction) the project will create. And, by pointing to the millions in investments and donations it's already given back to the community. Maybe it recalls that Facebook went as far as building affordable housing in East Palo Alto, San Francisco, to appease local residents fed up with Silicon Valley's new builds hiking up rent prices. In the words of Microsoft president Brad Smith, the project is "good for [our neighbors in]...Puget Sound."

In this article: business, campus, gear, headquarters, microsoft, redmond
All products recommended by Engadget are selected by our editorial team, independent of our parent company. Some of our stories include affiliate links. If you buy something through one of these links, we may earn an affiliate commission.