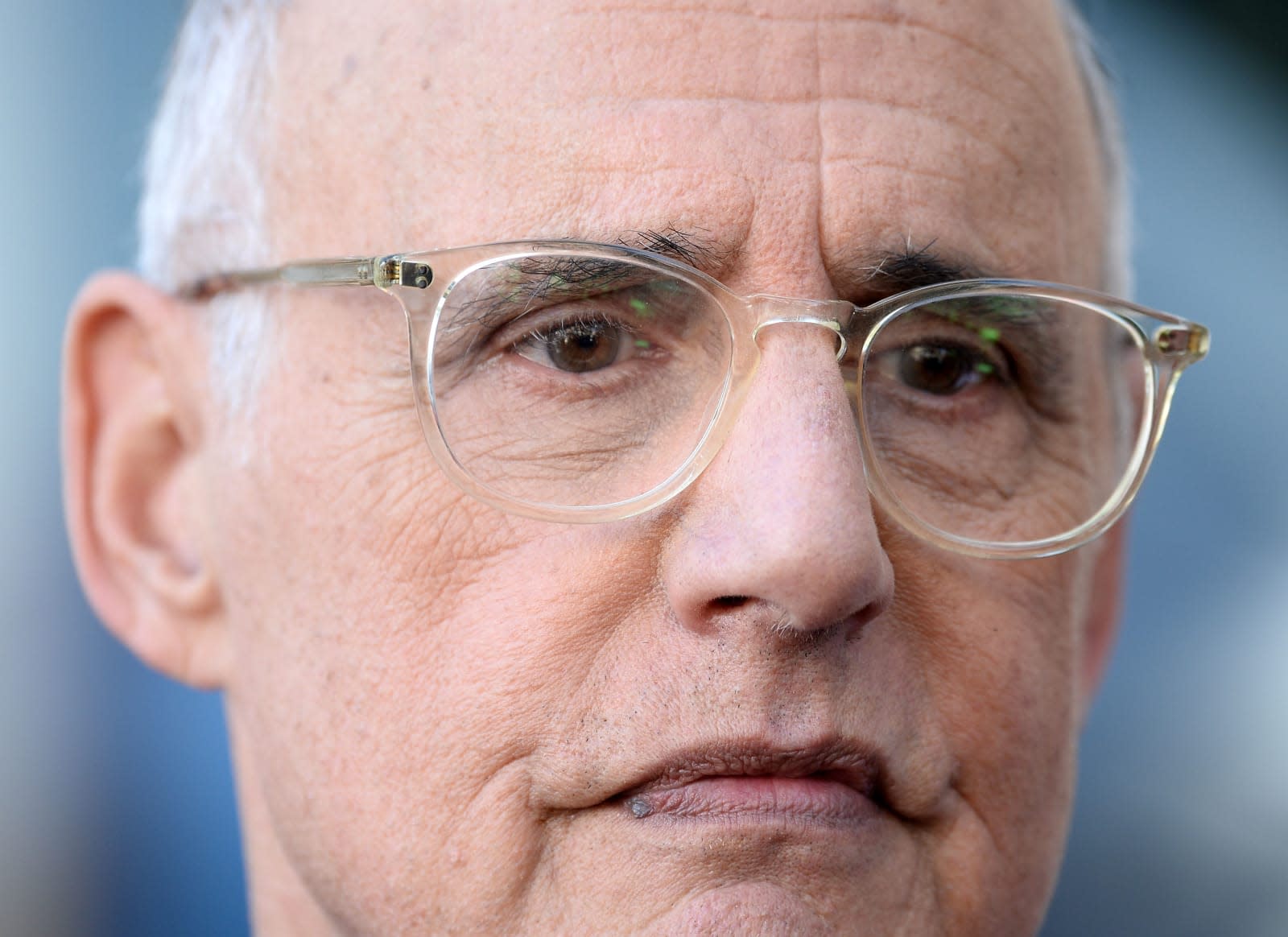 Last month, following accusations of sexual assault, Transparent actor Jeffrey Tambor released a statement that made it seem like he would be leaving the show. "Given the politicized atmosphere that seems to have afflicted our set, I don't see how I can return to Transparent," Tambor said. And while he has stated that he regrets if anything he did in the past was misinterpreted as aggressive, he has denied any purposeful wrongdoing. "The idea that I would deliberately harass anyone is simply and utterly untrue," Tambor said in a statement. However, the New York Times reports today that Tambor's departure is far from certain and the show is currently operating under a very unclear future.

Allan Mayer, Tambor's publicist, told the NYT, "What he said was that given the toxic atmosphere and the politicization on the set, it's very hard for him to see how he can possibly return. But no final decision for next year has been made, either by Jeffrey or by Amazon." And the show's creator, Jill Soloway, said that they take the accusations against Tambor very seriously, but because of Amazon's ongoing investigation into the matter, they couldn't discuss it further.

Those pointing to sexual misconduct on the part of Tambor include his former assistant Van Barnes, Transparent cast member Trace Lysette and makeup artist Tamara Delbridge.

Amazon's slow response to the accusations against Tambor stand in contrast to how Netflix reacted to those made against Kevin Spacey. The streaming site was fairly quick to suspend House of Cards production following the initial reports of Spacey's alleged misconduct and said that it wouldn't make the show with him involved after eight of the show's crew members told CNN that Spacey sexually harassed people on set. Netflix also canceled Louis C.K.'s second stand-up special after allegations were made against him, though the company was rather slow to cut ties with Danny Masterson who has now been accused of rape by four women.

While Transparent's future and Tambor's involvement are currently up in the air, many have said the show could do just fine without him and might even be better for it. In support of Lysette, Transparent writer Our Lady J said on Instagram, "We cannot let trans content be taken down by a single cis man."

In this article: amazon, av, dannymasterson, entertainment, HouseOfCards, JeffreyTambor, KevinSpacey, LouisCk, netflix, Rape, services, sexualassault, SexualHarassment, streaming, tracelysette, transparent
All products recommended by Engadget are selected by our editorial team, independent of our parent company. Some of our stories include affiliate links. If you buy something through one of these links, we may earn an affiliate commission.