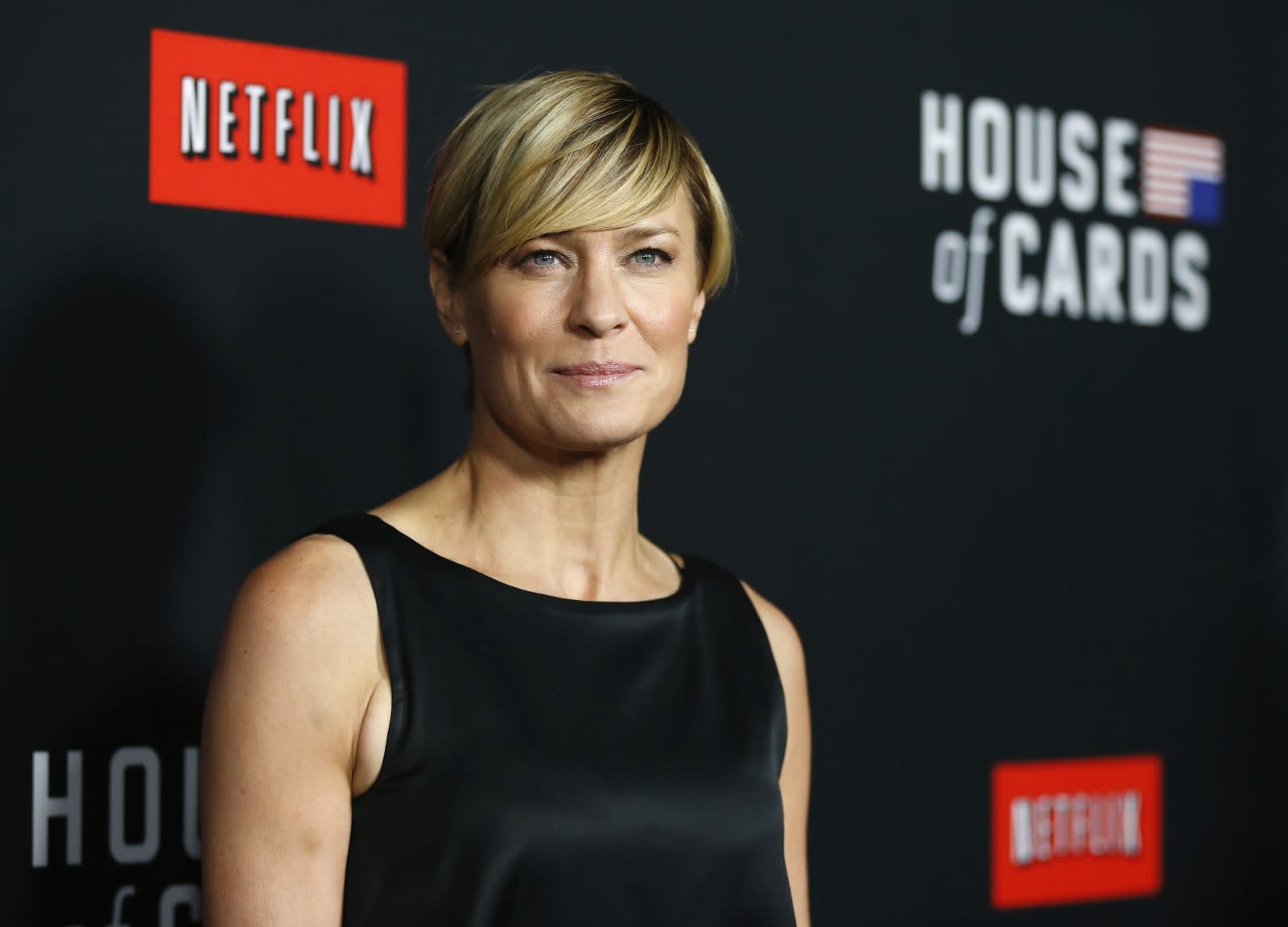 Today, Netflix announced that it has reached an agreement to resume production on the sixth season of its tentpole show House of Cards. Variety reports that the final season will consist of eight episodes starring Robin Wright. Kevin Spacey will not appear in the season. Production on the show will resume in early 2018.

In October, Netflix canceled House of Cards following actor Anthony Rapp's sexual assault allegations against its star, Kevin Spacey. The very next day, the streaming service suspended production on the sixth and final season of the show after members of the House of Cards crew accused Spacey of harassment and assault on set. The service made it clear that those involved would not move forward with the show in any way as long as Kevin Spacey was attached. Now, it looks like the company has solved that problem. Rumors say that the show's storyline will incorporate the death of Kevin Spacey's character.

In this article: av, entertainment, houseofcards, kevinspacey, mediarightscapital, netflix, robinwright
All products recommended by Engadget are selected by our editorial team, independent of our parent company. Some of our stories include affiliate links. If you buy something through one of these links, we may earn an affiliate commission.