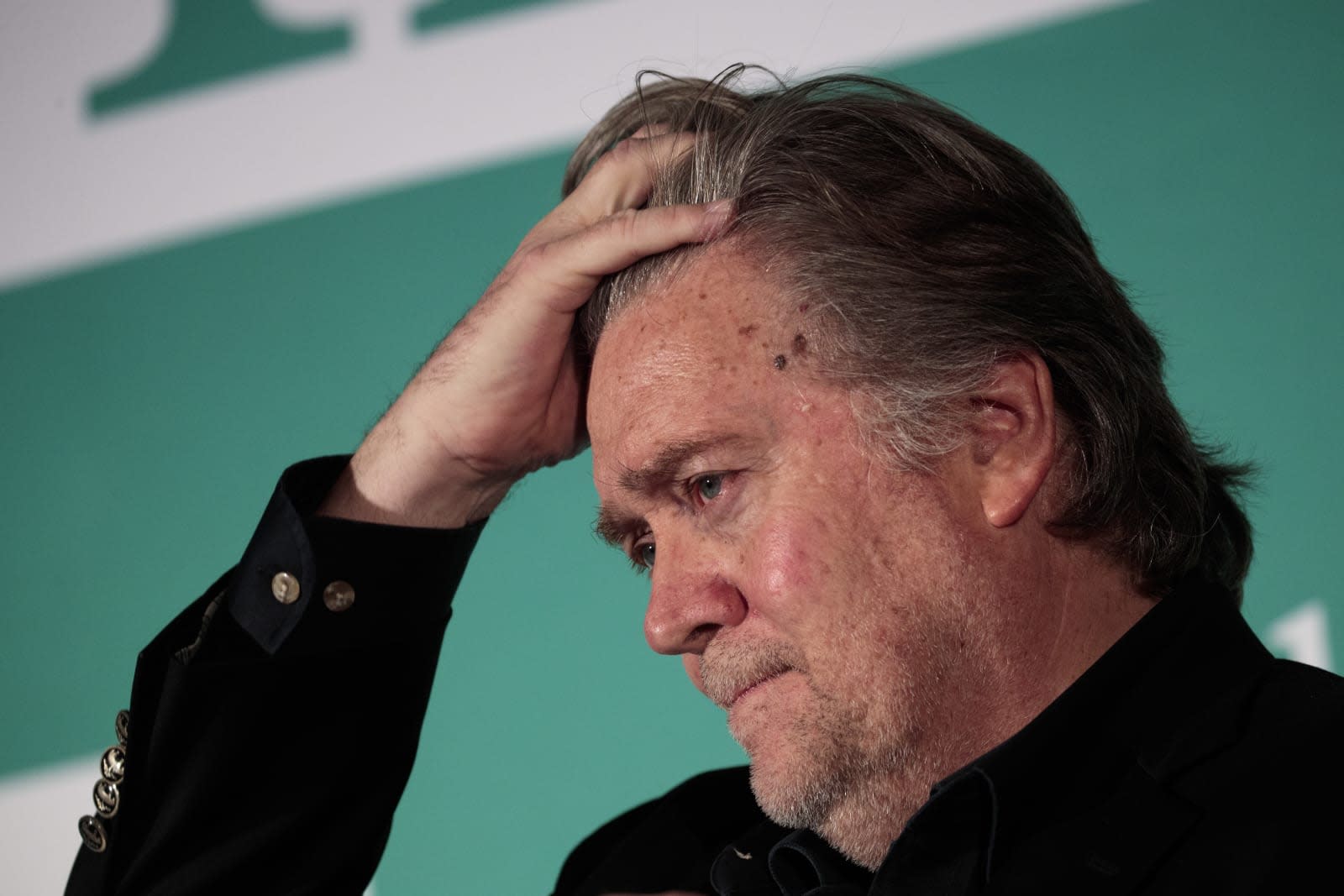 BuzzFeed News released a report today detailing efforts made by Steve Bannon, Milo Yiannopoulos and Breitbart News to damage Twitter. For about a year, they explored various ways to bring down the platform, tactics that included legal action, an anti-Twitter editorial campaign and attempts to push down the company's stock price.

Following Yiannopoulos' Twitter verification removal on January 9th of 2016, Yiannopoulos -- Breitbart's tech editor at the time -- sent an email to Bannon saying, "This will be a week of pain for Twitter. What do you think about a stunt? Protest outside their offices, 50 people in Milo masks demanding my badge back? I want to underscore how petty what they did was and what it has revealed about the company and what the consequences are going to be." Bannon was already against the platform because he believed it silenced conservative voices and over the next couple of months, the two, along with others like Chuck Johnson, discussed how they could get financial groups to short Twitter stock and push the already very low price down even further.

Bannon, Yiannopoulos, and Breitbart CEO Larry Solov also proceeded to look into potential lawsuits against Twitter with outside actors offering advice on various legal angles to pursue. However, communication amongst the group stalled and at one point Yiannopoulos said he would be looking into a legal course of action on his own.

As for the third prong of its Twitter war, Breitbart published 176 stories about Twitter between January 1st and August 17th -- the day Bannon left Breitbart to manage Trump's campaign. They covered all sorts of topics, all critical of the platform, with Bannon at times being very involved with the structuring of those stories.

However, while Twitter was clearly an obsession for Bannon and Breitbart, it appears that Twitter either didn't see them as much of a threat or didn't realize the extent to which they were targeting the company. "There were way bigger issues for Twitter to deal with in that time frame," one former Twitter executive told BuzzFeed News. "There was continued speculation on whether Jack [Dorsey] could hold two jobs, decelerating revenue, and rancor about politics and more broadly about the election."

Most of the Breitbart team's efforts to damage Twitter seemed to have fallen flat, but their extensive attempts just continue to highlight the role social media plays in politics and elections and how political players are using these platforms to further their agendas, even from the outside.

In this article: breitbart, conservatives, gear, larrysolov, miloYiannopolous, politics, SocialMedia, stevebannon, twitter
All products recommended by Engadget are selected by our editorial team, independent of our parent company. Some of our stories include affiliate links. If you buy something through one of these links, we may earn an affiliate commission.