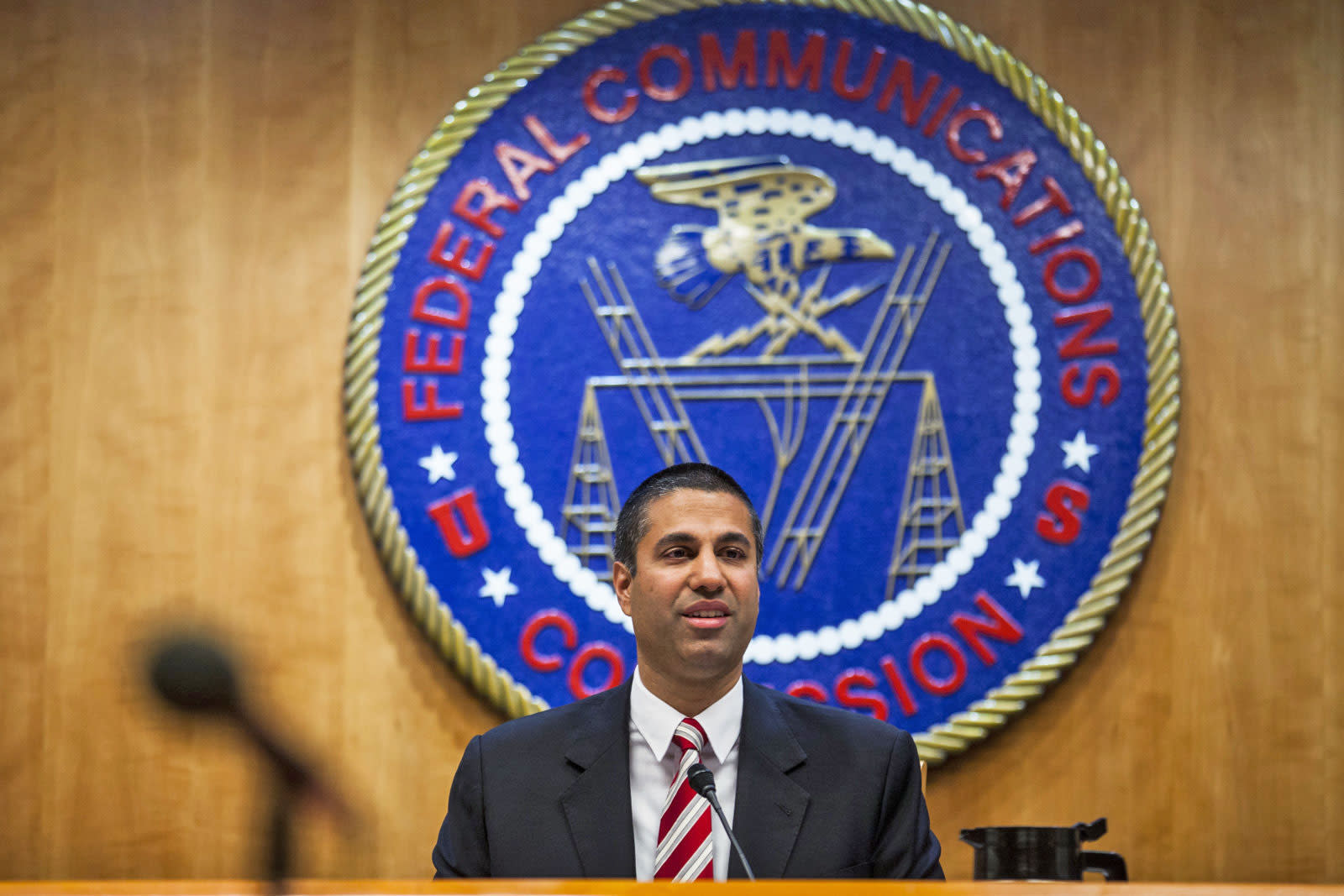 The FCC's controversial vote on net neutrality protections is scheduled to take place tomorrow, and as we get down to the wire, opposition to the proposal hasn't slowed. Today, 18 state attorneys general sent a letter to the FCC asking for the commission to delay the vote, The Verge reports. Their plea centers on evidence that fake comments that used real individuals' names were submitted during the FCC's public comment period. "A careful review of the publicly available information revealed a pattern of fake submissions using the names of real people. In fact, there may be over one million fake submissions from across the country," they wrote. "This is akin to identity theft on a massive scale – and theft of someone's voice in a democracy is particularly concerning."

A number of officials, groups and companies have also sent letters to the FCC asking it to either delay the vote or abandon the proposal altogether. Letters have been sent by groups of Democratic senators, 40 advocacy groups, the Internet Association, 200 companies, tech and internet pioneers and a Republican Representative.

In their letter today, the attorneys general said, "Given the tainted comments that are in question, we request the Commission immediately delay consideration of the "Restoring Internet Freedom" proposal until further investigation can determine exactly which comments should be considered." They added, "While not all of us may agree on any given policy, we stand together today as prosecutors of fraud and as defenders of the democratic process. It is essential that the Commission gets a full and accurate picture of how changes to net neutrality will affect the everyday lives of Americans before they can act on such sweeping policy changes."

In this article: ajitpai, AttorneyGeneral, FCC, Fraud, gear, internet, NetNeutrality, politics, PublicComment
All products recommended by Engadget are selected by our editorial team, independent of our parent company. Some of our stories include affiliate links. If you buy something through one of these links, we may earn an affiliate commission.