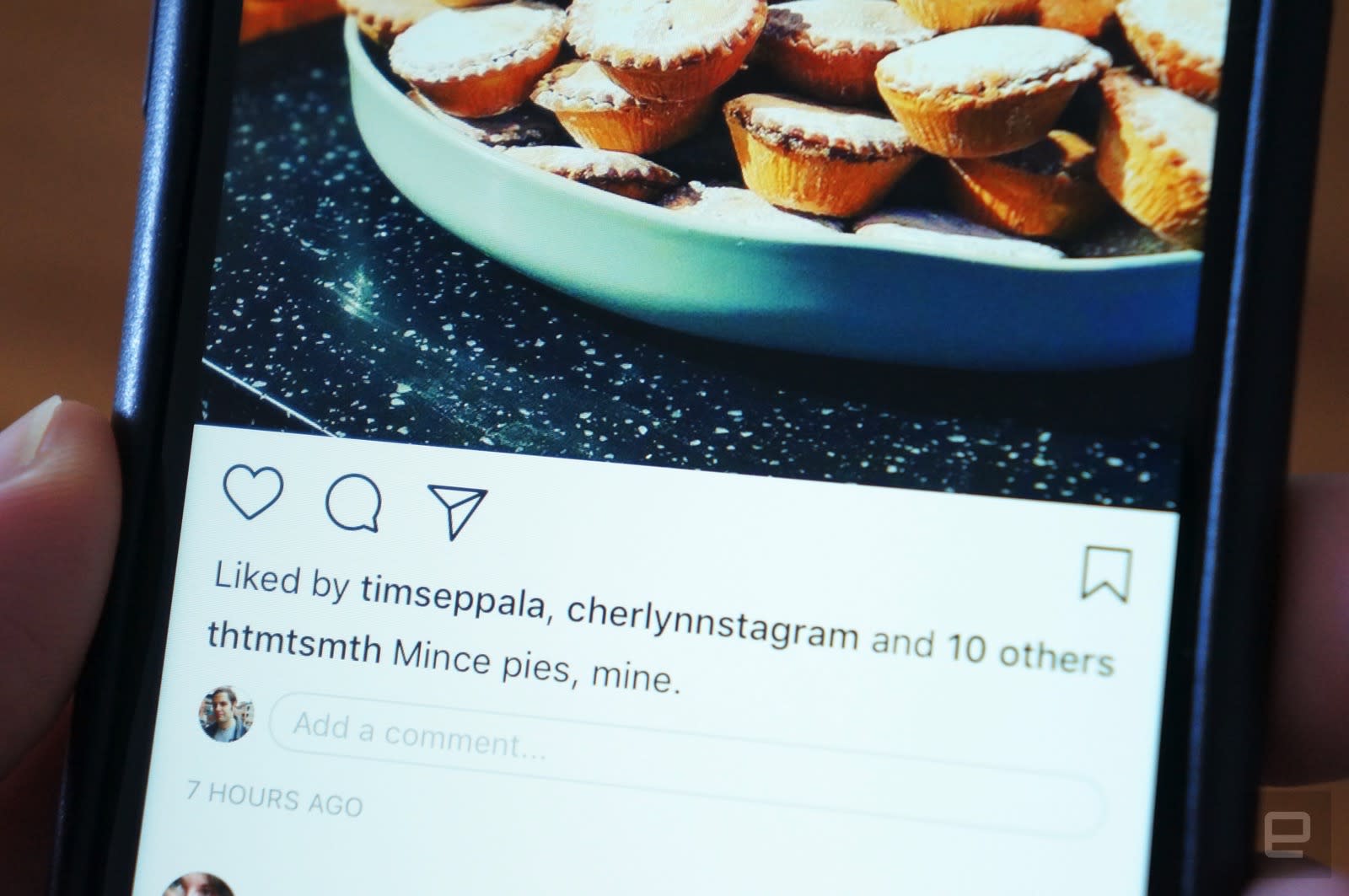 We wouldn't say that commenting on an Instagram post is a hassle, but it is slower than it could be. Wouldn't it be nice if you could simply share your thoughts while you're still in your main photo feed? You might have that option right now. Instagram has been rolling out a feature that lets you comment on a photo directly from your feed. All you have to do is look at a photo for a few seconds -- if you're included, an "add a comment" text box will pop up.

We've asked Instagram about the nature of the test (or indeed, whether or not it's a test at all). If it's an experiment, though, it's a fairly broad one -- at least a few Engadget editors have it. This also appears to be a server-side addition, since people using regular Instagram releases have seen this show up.

That Instagram would try this isn't at all surprising. If you've stopped scrolling for long enough to stare at a photo, you probably want to do more than like it. Also, a feature like this could help Instagram continue its runaway growth. The easier it is to comment, the more likely it is that you'll get compliments and other interactions that could encourage you to stick around.

Update: Instagram says it started rolling out the feature on iOS a month ago, and that it's just reaching Android this week.

In this article: android, facebook, gear, instagram, internet, ios, mobile, socialnetwork, socialnetworking
All products recommended by Engadget are selected by our editorial team, independent of our parent company. Some of our stories include affiliate links. If you buy something through one of these links, we may earn an affiliate commission.