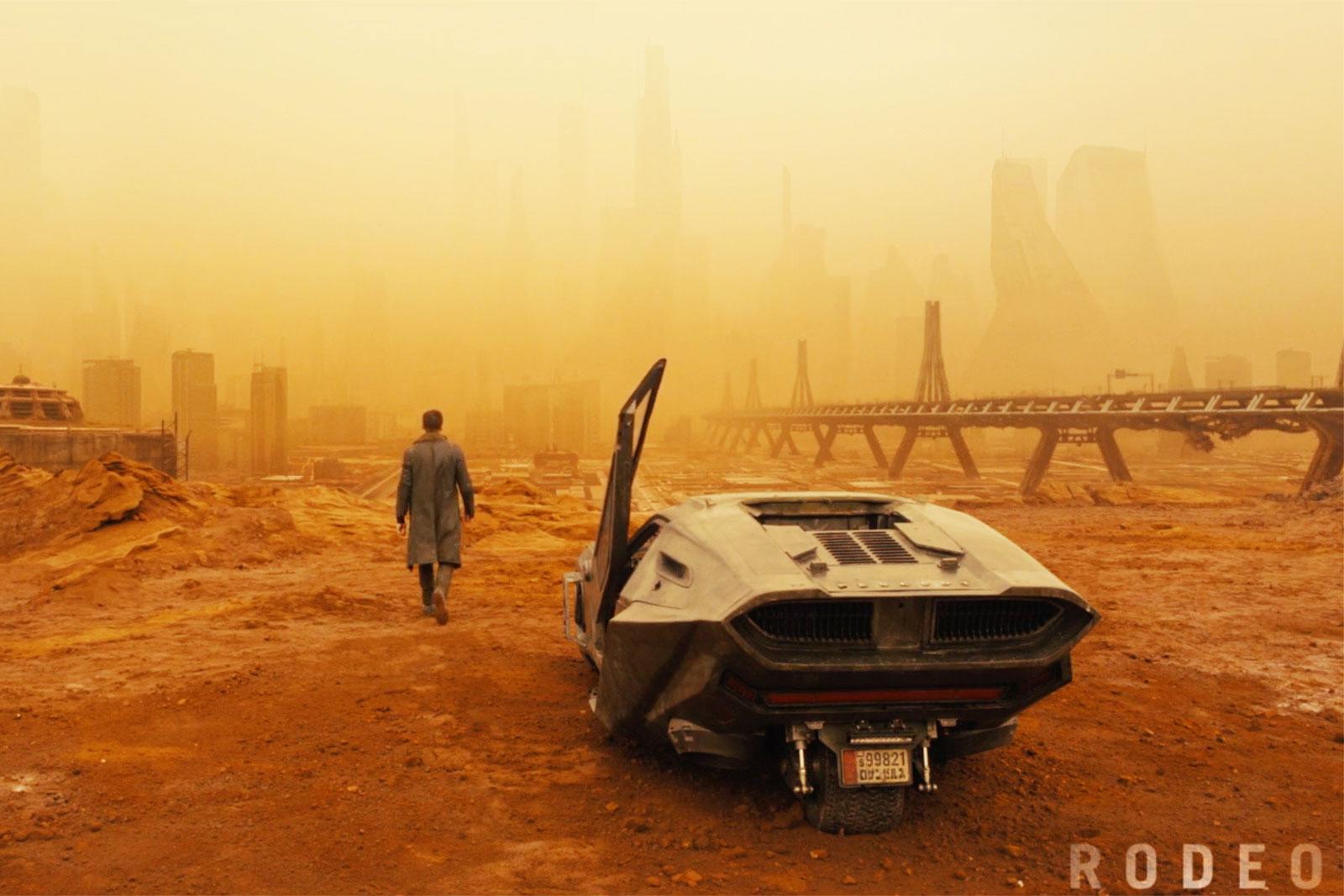 There's no question that Blade Runner 2049 revolves around computer-generated effects, whether it's the retro-futuristic technology or its holographic AI personas. However, the CG is more pervasive than you might think. Rodeo FX has released a visual effects reel for Denis Villeneuve's bleak sci-fi movie, and it's evident that even the seemingly mundane shots were draped in digital artwork. Caution: there are mild spoilers ahead.

It's not shocking that some scenes are entirely CG (such as flights over the future Los Angeles), or have to use it to fill in landscapes that don't exist. However, it's the extent to which it's used. When K exits his vehicle in Las Vegas, for example, very little of the scene is real -- he's walking toward a green screen held up by a crane. Even moments that don't look like they need CG, such as visiting a collection of genetic records or a sweatshop, use it to add depth and atmosphere.

The clip highlights not just Rodeo's CG skills (that's clearly the main purpose), but also how far effects have come since the original Blade Runner... and really, in the movie industry in general. Where the first movie was dictated by the limitations of filmmaking that was still almost exclusively analog, 2049 could go as far as its creators' imaginations would allow.

In this article: av, bladerunner, bladerunner2049, cg, DenisVilleneuve, entertainment, movies, rodeofx, sci-fi, TL18CG, vfx, video
All products recommended by Engadget are selected by our editorial team, independent of our parent company. Some of our stories include affiliate links. If you buy something through one of these links, we may earn an affiliate commission.