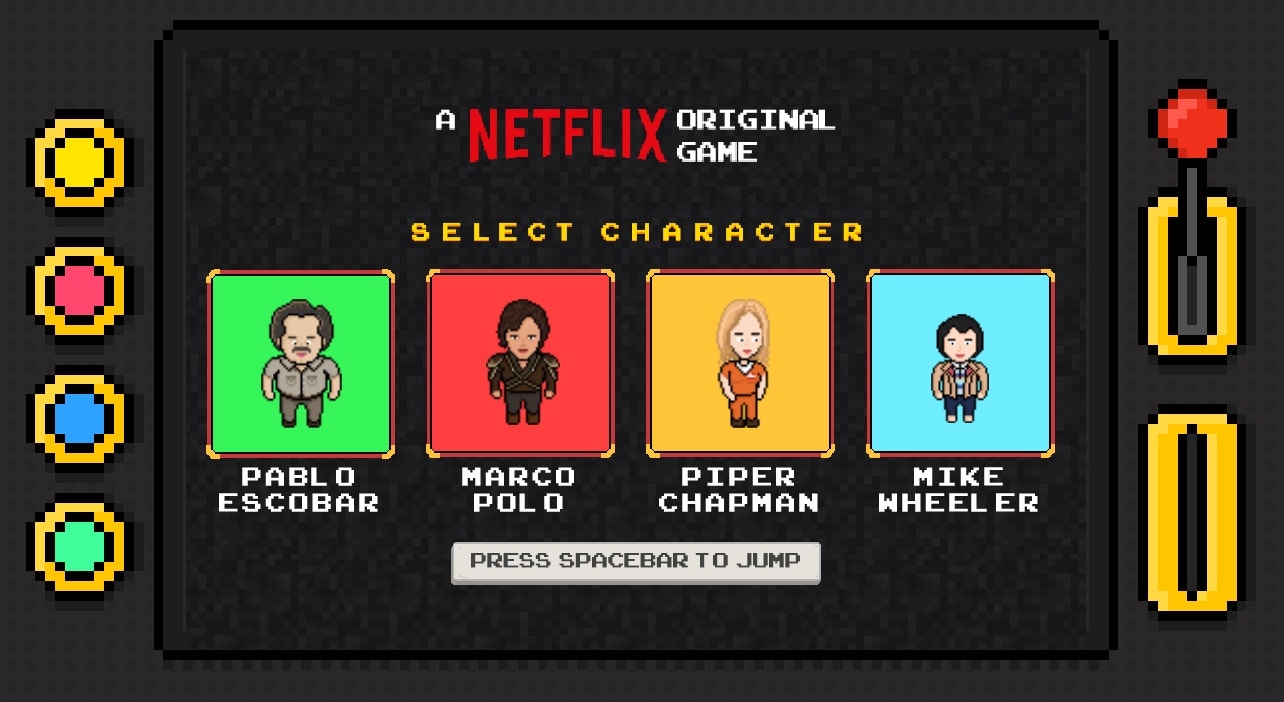 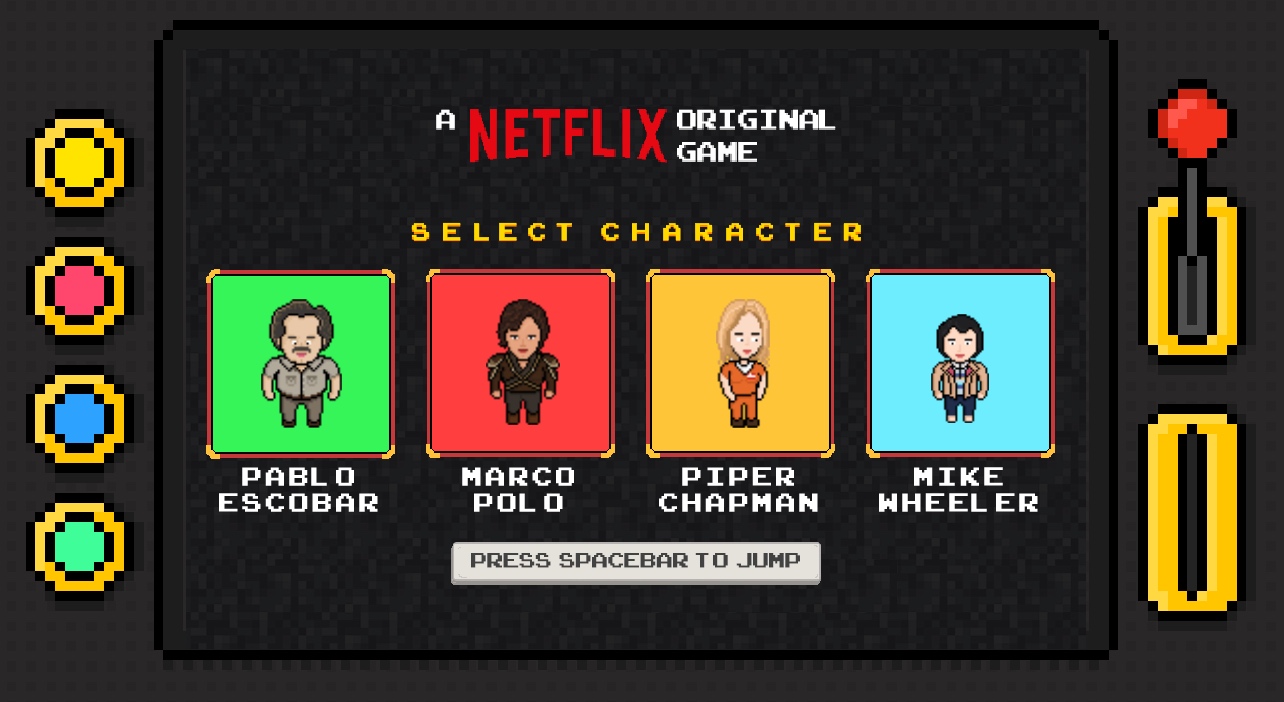 When Netflix isn't commissioning award-winning programming and movies, some members of its team dedicate some of their time to building fun little projects. We've already The Switch, a Netflix and Chill button that can automatically dim the lights, activate your phone's Do Not Disturb feature and prepare Netflix for the streaming ahead, but its latest proposition isn't about watching what it has to offer, it's all about gaming. Netflix Infinite Runner, as the name suggests, is an endless running game that features the most popular characters from four popular original shows: Narcos, Marco Polo, Orange is the New Black and Stranger Things.

Netflix has confirmed that the game is totally them, but it's currently only being promoted on its Spanish and Indian social media accounts. Each "level" is set in the world of the show in question, so you'll jump through the jungles of Columbia with Pablo Escobar and hurdle prison guards as Piper Chapman. The Hawkins National Laboratory also makes an appearance, complete with a low-res version of the Stranger Things theme tune (the same can be said for all shows).

Before you get too excited, the game is very basic. Jumping isn't super responsive and the hitboxes on the non-playing characters are a lot bigger than they need to be, so you'll likely find yourself restarting the game over and over, at least to begin with. But if you've got a few minutes spare and fancy trying your hand at Netflix's new side-scroller, you can get involved here.

Source: Netflix Infinite Runner
In this article: av, entertainment, gaming, infiniterunner, marcopolo, narcos, netflix, OITNB, strangerthings
All products recommended by Engadget are selected by our editorial team, independent of our parent company. Some of our stories include affiliate links. If you buy something through one of these links, we may earn an affiliate commission.