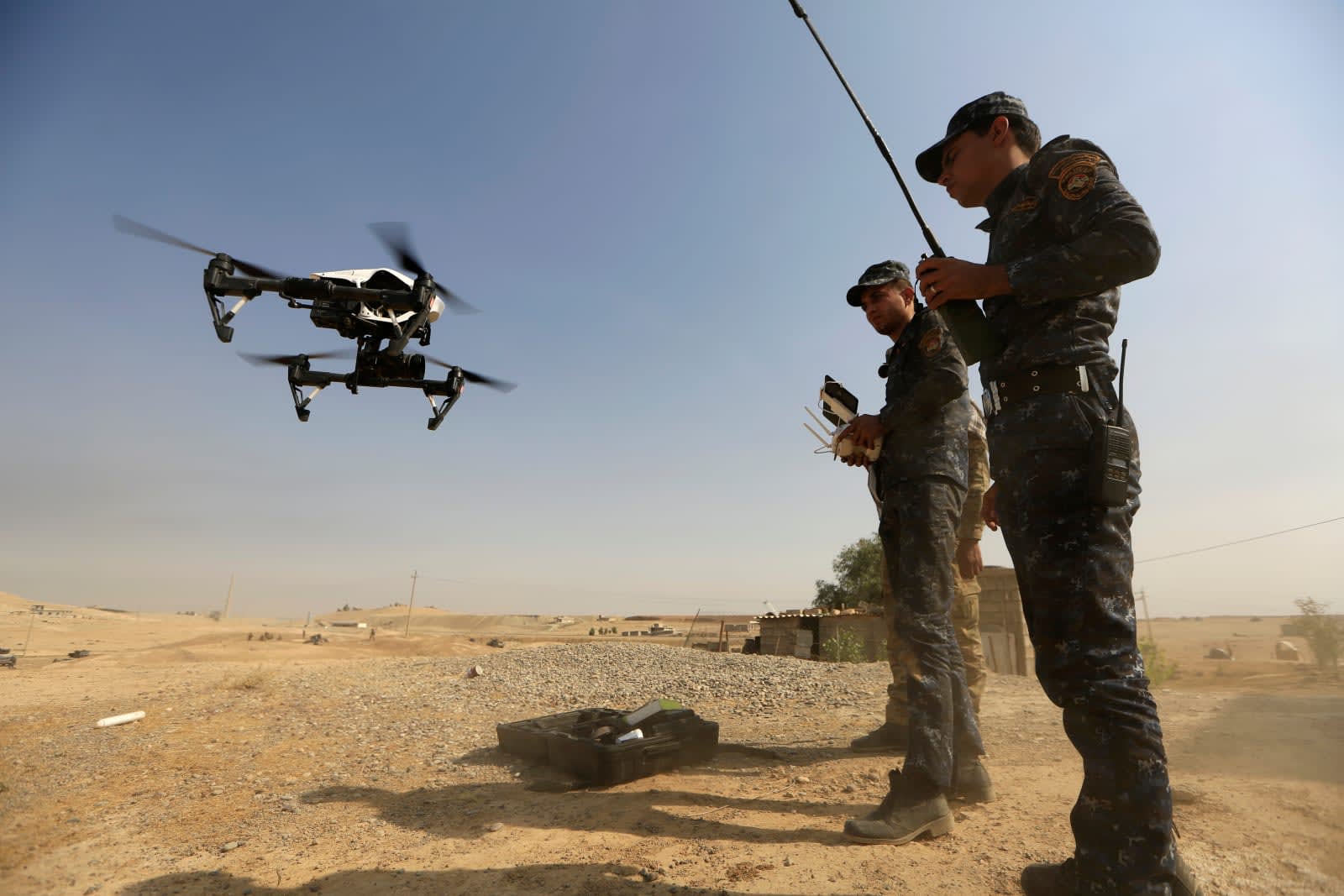 As Iraqi Security Forces attempt to drive ISIS out of Mosul, a large city in Northern Iraq that the terrorist organization has occupied since 2014, it's facing an arsenal of improvised, experimental weapons. One of ISIS' newest hand-made weapons is the armed drone: a commercial quadcopter equipped with the ability to drop grenade-size explosives.

It's well-known that ISIS uses weaponized drones, but new images out of Mosul confirm that the group is now using the quadcopters as bombers as well as single-mission vehicles. Kurdish media network Rudaw reported last week that the explosive-dropping drones have killed civilians and damaged equipment. So far, ISIS has not used these drones to deliver chemical weapons, Rudaw said.

Nice shot of the improvised release mechanism ISIL is using to drop grenades from commercial off the shelf UAVs https://t.co/Lj8Ltx0arQ pic.twitter.com/KCuzhUbndb

Iraqi forces have anti-drone weapons, including gun-like jammers that can drop some commercial models to the ground, and they've taken down at least a dozen armed drones so far, Rudaw reports. The ISF also uses off-the-shelf drones in its military operations, mainly for scouting and helping to call artillery strikes.

Source: Rudaw, Popular Science
In this article: culture, drone, drones, gadgetry, gadgets, iraq, isis, Mosul, politics, robots, weapons
All products recommended by Engadget are selected by our editorial team, independent of our parent company. Some of our stories include affiliate links. If you buy something through one of these links, we may earn an affiliate commission.