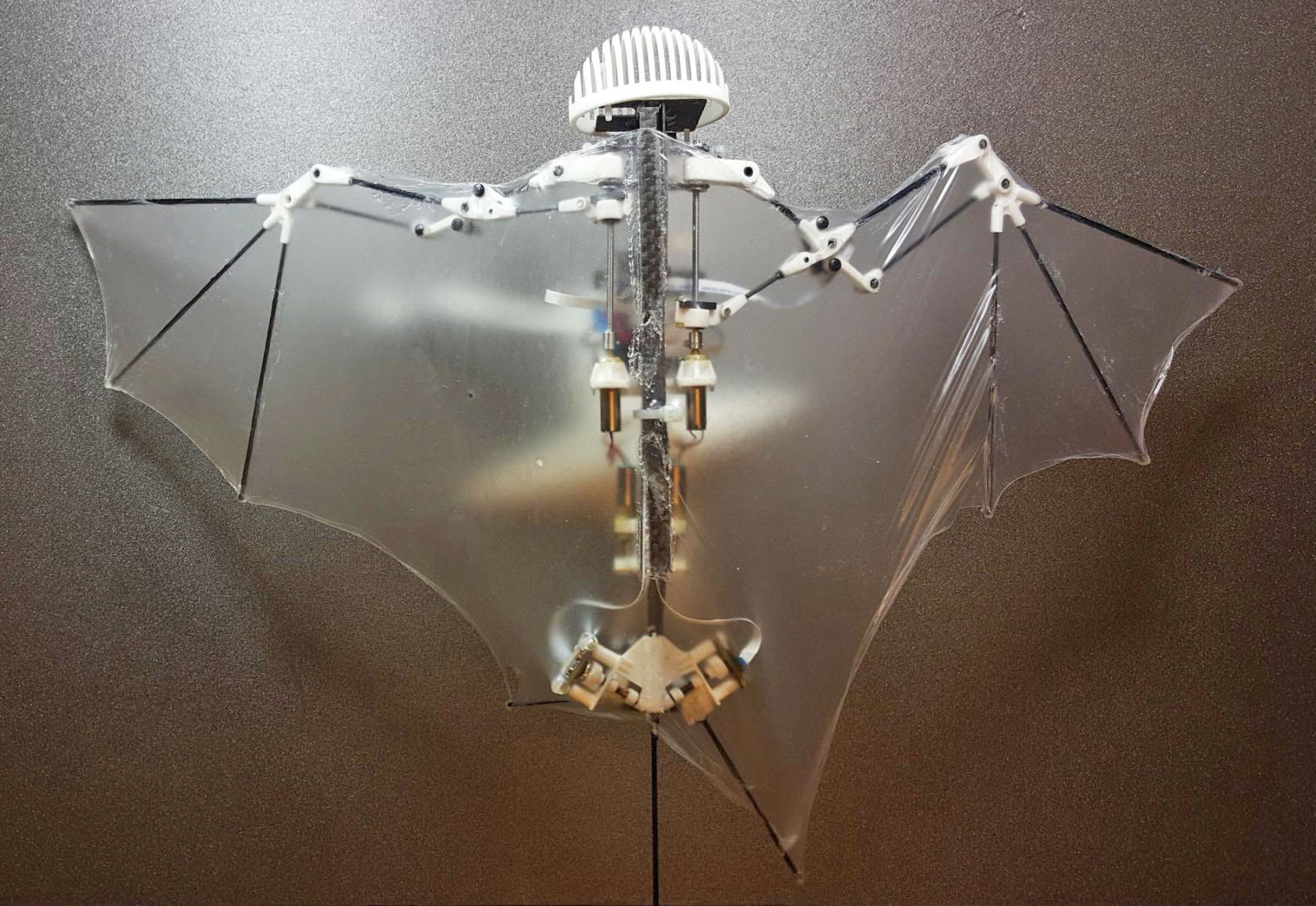 For roboticists working in the field of biomimetics, copying a bat's complex flight patterns has been a difficult problem to solve. Or, as Caltech professor and Jet Propulsion Laboratory researcher Soon-Jo Chung put it during a press conference, "bat flight is the holy grail of aerial robotics." And according to a new research paper published by Chung and his JPL colleagues in the journal Science Robotics this week, that holy grail has officially been discovered.

Robotic birds and winged insects are relatively easy to create, but with over 40 joints in their wings, bats offer a new level of intricacy. By simplifying that wing structure into just nine key joints covered by a flexible membrane, however, the team successfully created the first Bat Bot. Built from carbon fiber bones and 3D-printed socket joints, Bat Bot weighs just 93 grams and the silicon-based wing membrane is only 56 microns thick with a roughly one-foot wingspan. "Our work demonstrates one of the most advanced designs to date of a self-contained flapping-winged aerial robot with bat morphology that is able to perform autonomous flight," Alireza Ramezani, one of the paper's co-authors said.

Like a real bat, Bat Bot can move each wing independently and constantly change each wing's shape to perform complex maneuvers that would be impossible otherwise. The flapping motion also conserves battery power, making it both quieter and more efficient than its fixed-wing or quadcopter counterparts.

Although the battery technology is still too clunky to allow for long flights, the research team believes Bat Bot's agility would make it ideal for search and rescue operations or other applications in tight, urban environments. For now, however, the team is working on their next major milestone: teaching Bat Bot how to perch like its SCAMP cousin.

Via: CNET
Source: Science Robotics, Caltech
In this article: batbot, biomimetics, biomimicry, caltech, JetPropulsionLaboratory, jpl, robots, science
All products recommended by Engadget are selected by our editorial team, independent of our parent company. Some of our stories include affiliate links. If you buy something through one of these links, we may earn an affiliate commission.