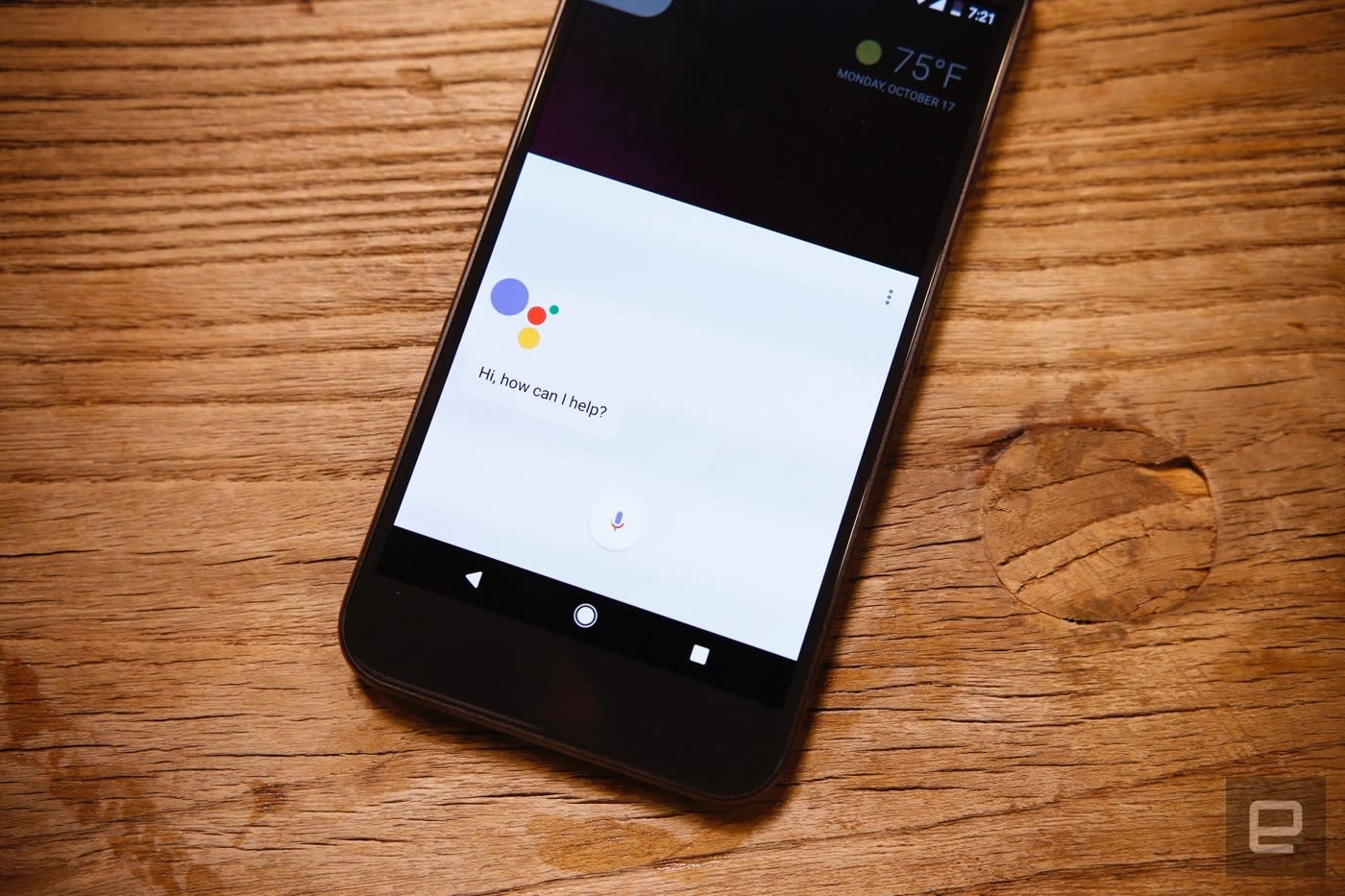 At Google I/O last May, the tech giant announced its own voice-powered hub to rival Amazon's Echo: the Home, which would be powered by their AI helper, Assistant. The Siri-like software was promoted as a standard feature on the search titan's first phone, the Pixel, which came out later in fall. But Google announced a plan weeks ago to bring the hub and the help back together, promising to bring some of Home's connected device control to the company's smartphone line. Today, they started rolling out Home Control for some versions of their mobile platform, allowing users to use voice commands to fiddle with their network of connected home devices.

It's a little unclear which software can access the feature: 9to5Google and AndroidPolice got it working on Pixel phones running Android 7.1.2, Google Play Services 10.2.98 and the latest beta version of Assistant (6.12.19). Once you've loaded those up, just navigate within Assistant's settings to find the new "Home control" tab to make your smartphone a hub for products from Belkin WeMo, Philips Hue, Honeywell, Nest and Samsung SmartThings.

The new feature obeys the same voice commands that work on Google Home. Obviously, it's a handy substitute for folks who don't want to cough up $130 for the external hub. But given that Assistant is only live on Pixel and Pixel XL phones, it's unclear when this feature will spread to the rest of the Android family.

First up on that list could be LG's G6, which is reportedly dropping Alexa for Assistant. But then again, Hyundai's connected cars got hooked up with Google's voice-controlled helper, so who knows where Assistant's hub capabilities will spread.

Source: The Verge
Coverage: Android Police, 9to5Google
In this article: alphabet, ConnectedHome, gadgetry, gadgets, gear, google, googleassistant, GoogleHome, IOT, services
All products recommended by Engadget are selected by our editorial team, independent of our parent company. Some of our stories include affiliate links. If you buy something through one of these links, we may earn an affiliate commission.