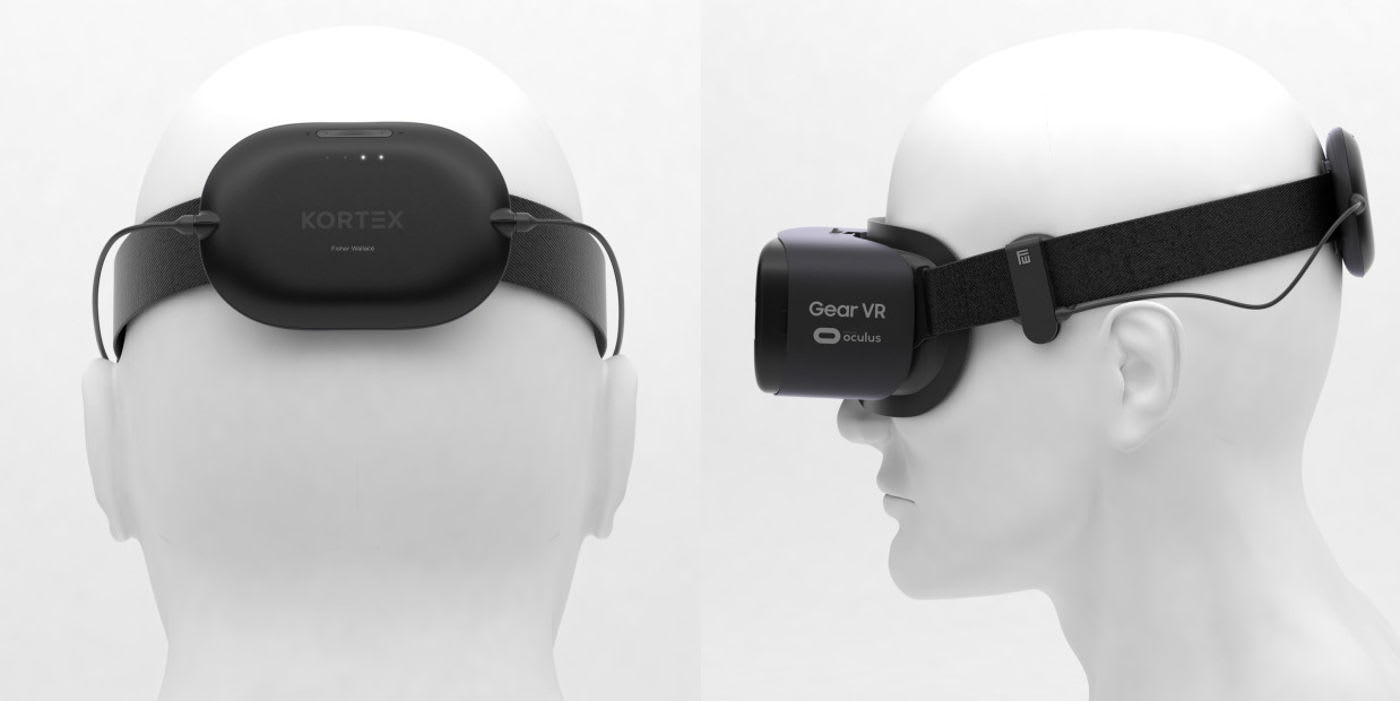 Some VR experiences could be relaxing on their own, but there's a VR accessory that was designed to make sure you get some well-deserved R&R. That accessory, which attaches to a VR headset's strap, is called Kortex created by medical device maker Fisher Wallace. The company says it stimulates your brain into producing more endorphins, serotonin for mood balance and melatonin for healthy sleep, while also lowering the stress hormone cortisol.

Kortex works by stimulating your brain using low doses (max of 2mA) of pulsed alternating currents. According to the Indiegogo campaign page Fisher Wallace set up for the product, some people might feel "mild tingling" at the electrode sites, but most don't.

The accessory works with the Samsung Gear VR, the Google Daydream VR and the ZEISS VR ONE Plus. However, it apparently works on its own, as well. There's one big plus if you do use it with a VR headset, though: Each Kortex comes with a free copy of ustwo's (the developer of Monument Valley) first-person game Land's End.

You can get a unit if you back the campaign and pledge at least $299. Don't expect it to be shipped overnight, though, since it's estimated release date isn't until July 2017.

Source: Indiegogo
In this article: fisherwallace, gear, googledaydreamvr, kortex, landsend, samsunggearvr, ustwo, wearables
All products recommended by Engadget are selected by our editorial team, independent of our parent company. Some of our stories include affiliate links. If you buy something through one of these links, we may earn an affiliate commission.