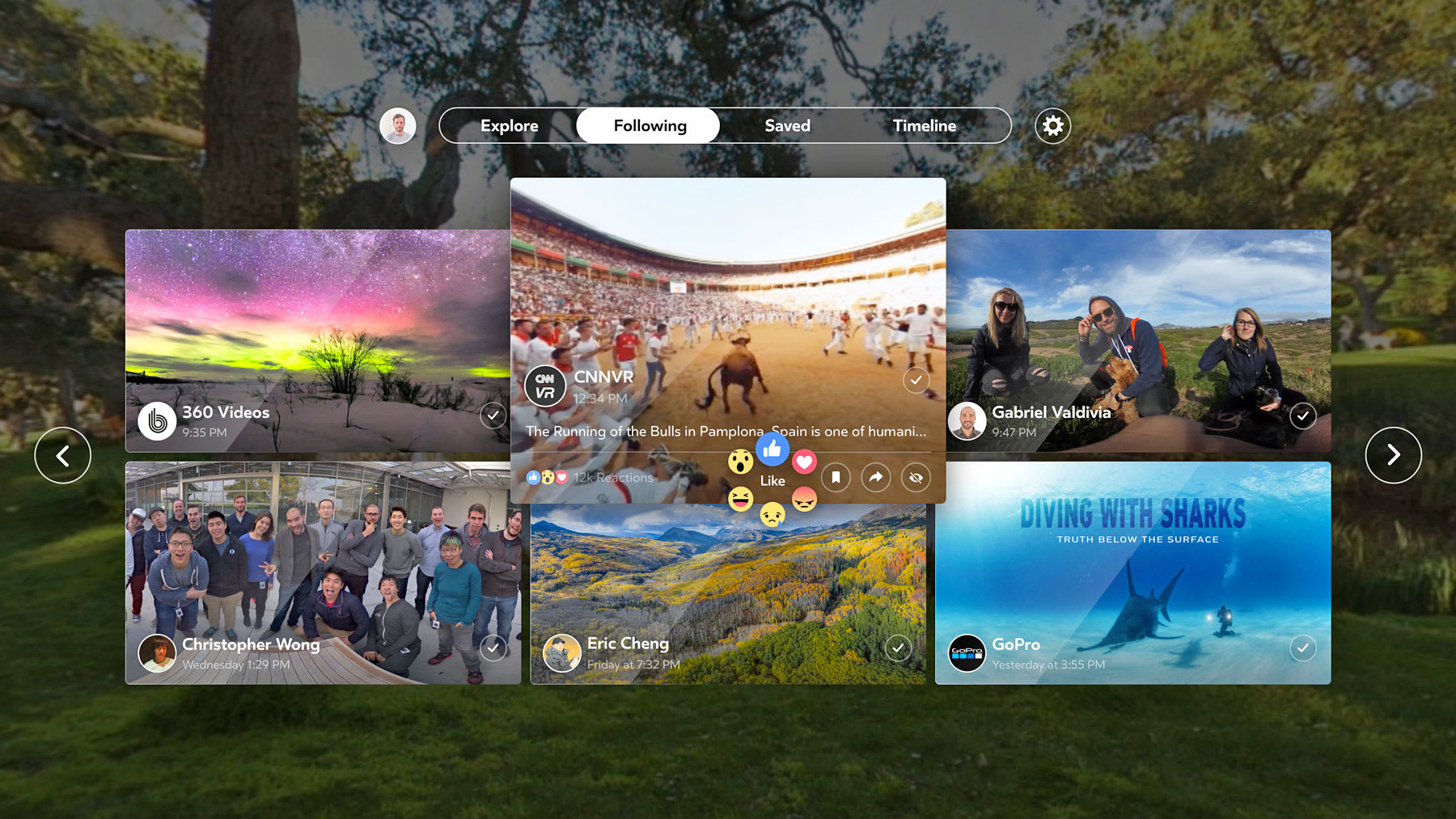 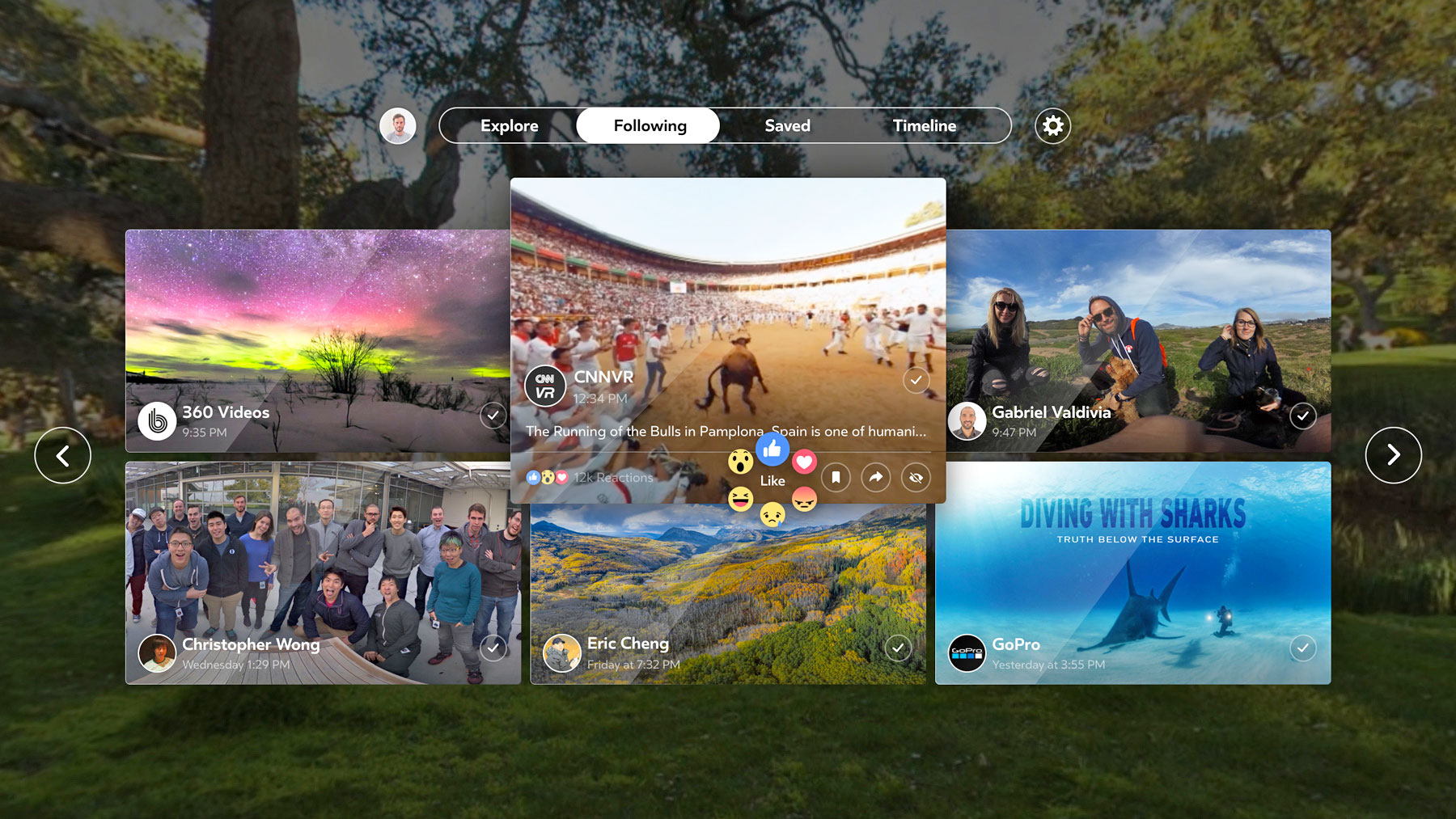 A ton of 360-degree photos and videos are uploaded to Facebook every day. The challenge, if you own a Gear VR headset, is finding the best stuff in the Oculus Video store, or amongst the deluge of selfies and viral videos that make up most News Feeds. To help, the social network has built a new app for Gear VR called Facebook 360. It's a basic interface with four tabs that help you browse and launch 360-degree media. "Explore," for instance, lists the most popular uploads, while "Following" collects everything posted by your friends, and the pages and people you follow. 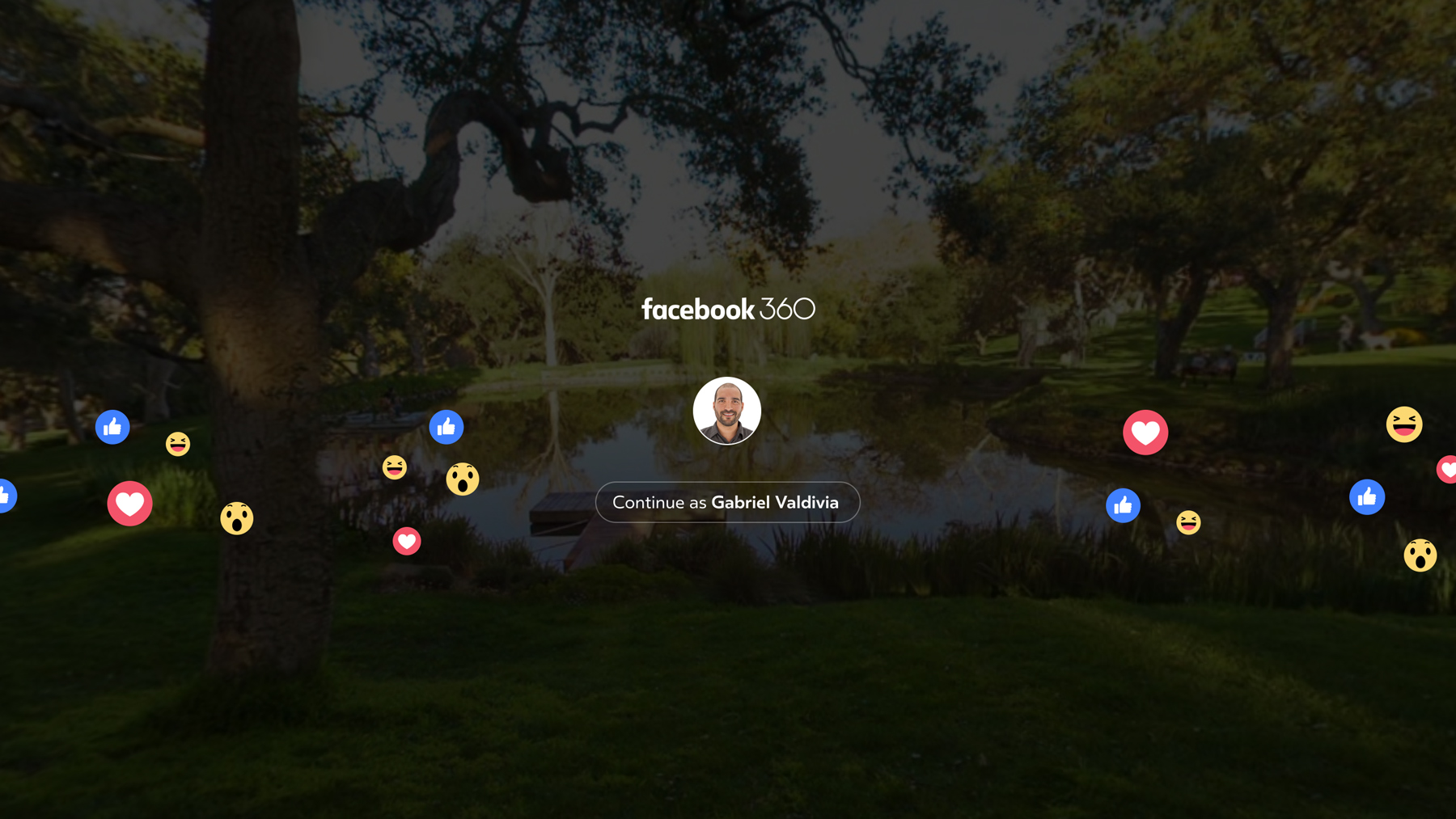 Facebook says more than 1 million 360-degree videos and 25 million 360-degree photos have been posted to the platform to date. Those numbers, while impressive, represent just a drop of total Facebook uploads. With its new Gear VR app, the company is trying to ensure that 360-degree content is seen by the largest possible audience. That's important, because otherwise media organisations and 'content creators' will shy away from the format. If the interest in VR tapers off, it won't have much of an impact on Facebook's popularity, or the company's overall success -- but for Oculus, and its ongoing collaboration with Samsung, it could be pivotal.

In this article: 360, 360degree, 360degreevideo, facebook, gear, gearvr, samsung, services, virtualreality, vr
All products recommended by Engadget are selected by our editorial team, independent of our parent company. Some of our stories include affiliate links. If you buy something through one of these links, we may earn an affiliate commission.