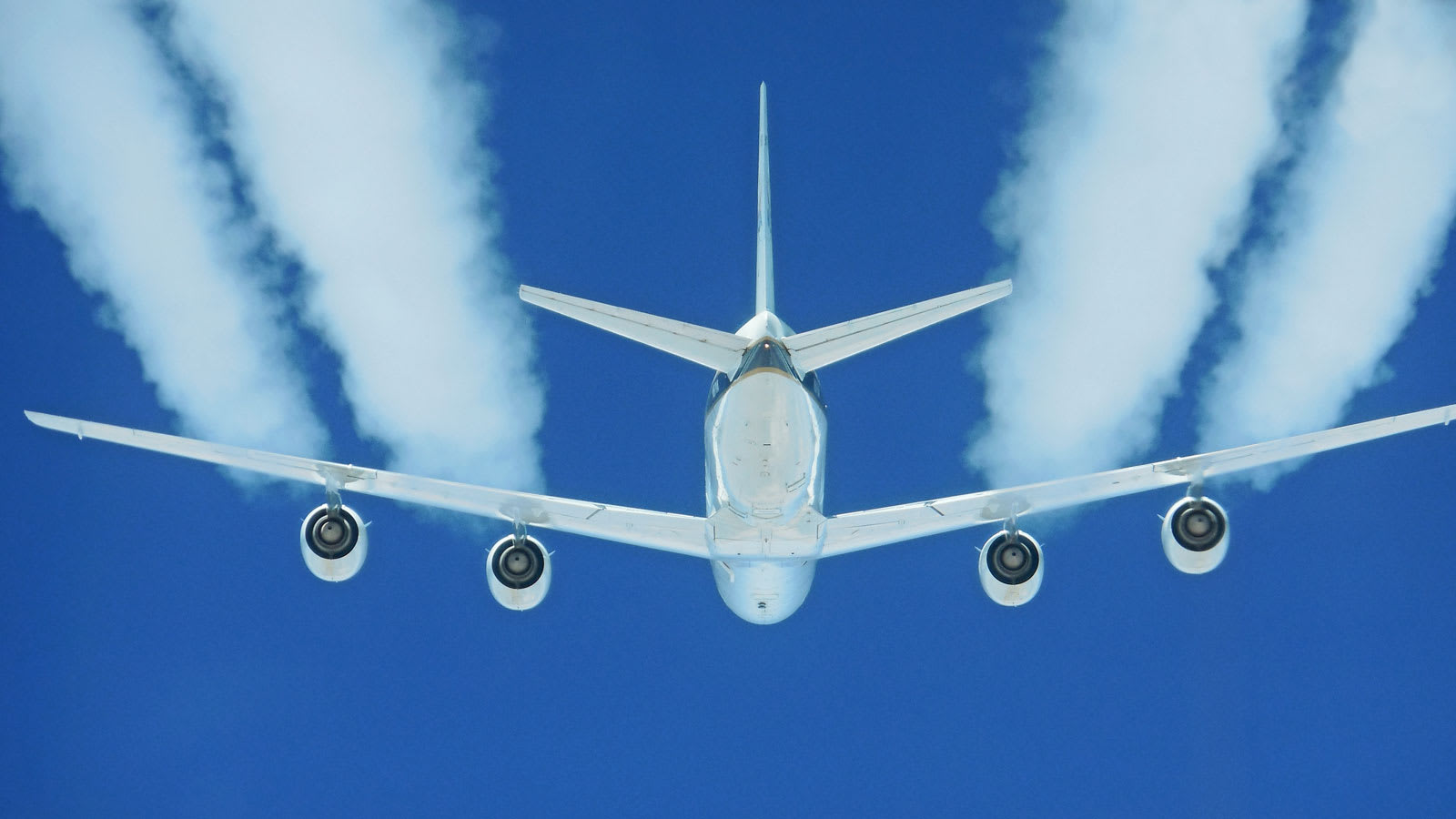 Air travel releases almost 800 million tonnes of CO2 into the atmosphere, pushing us ever closer to our looming environmental catastrophe. NASA scientists want to do something about it, and teamed up with researchers in Germany and Canada to find a way to tackle the issue. Its findings claim that jets that use biofuels emit up to 70 percent less pollution and reduces the formation of water condensation trails (contrails) in their wake.

In order to test if biofuels were cleaner, NASA flew a DC-8 out of California's Armstrong Flight Center that used different fuels on each trip. A trio of monitoring planes then flew into the CD-8's wake at distances as close to 250 meters to suck up the exhaust for monitoring. One fuel that appears promising is a mix of hydro-processed esters and fatty acids produced from camelina plant oil. These initial tests believe that the amount of climate-causing emissions fell between 50 and 70 percent.

It's not just what jet engines burn that contributes to climate change, however, but what condensation trails cause. If you're unfamiliar, particles of soot pass out of the engine along with water vapor, and at such a high altitude, form ice crystals. The result is a long white trail of ice that takes a while to dissipate, and is the cause of the nonsensical chemtrails conspiracy theory.

The ice, as it lingers in the atmosphere, can form cirrus clouds, which then form a blanket layer over the Earth. That, unfortunately, raises the temperature of the air beneath it by up to 10 degrees celsius, magnifying localized warming. With fewer soot particles in the wake, these contrails don't form as frequently, which should help the fight against climate change.

Source: Nature, NASA
In this article: ACCESS, Biofuels, Contrails, Emissions, gear, green, NASA, science, transportation
All products recommended by Engadget are selected by our editorial team, independent of our parent company. Some of our stories include affiliate links. If you buy something through one of these links, we may earn an affiliate commission.