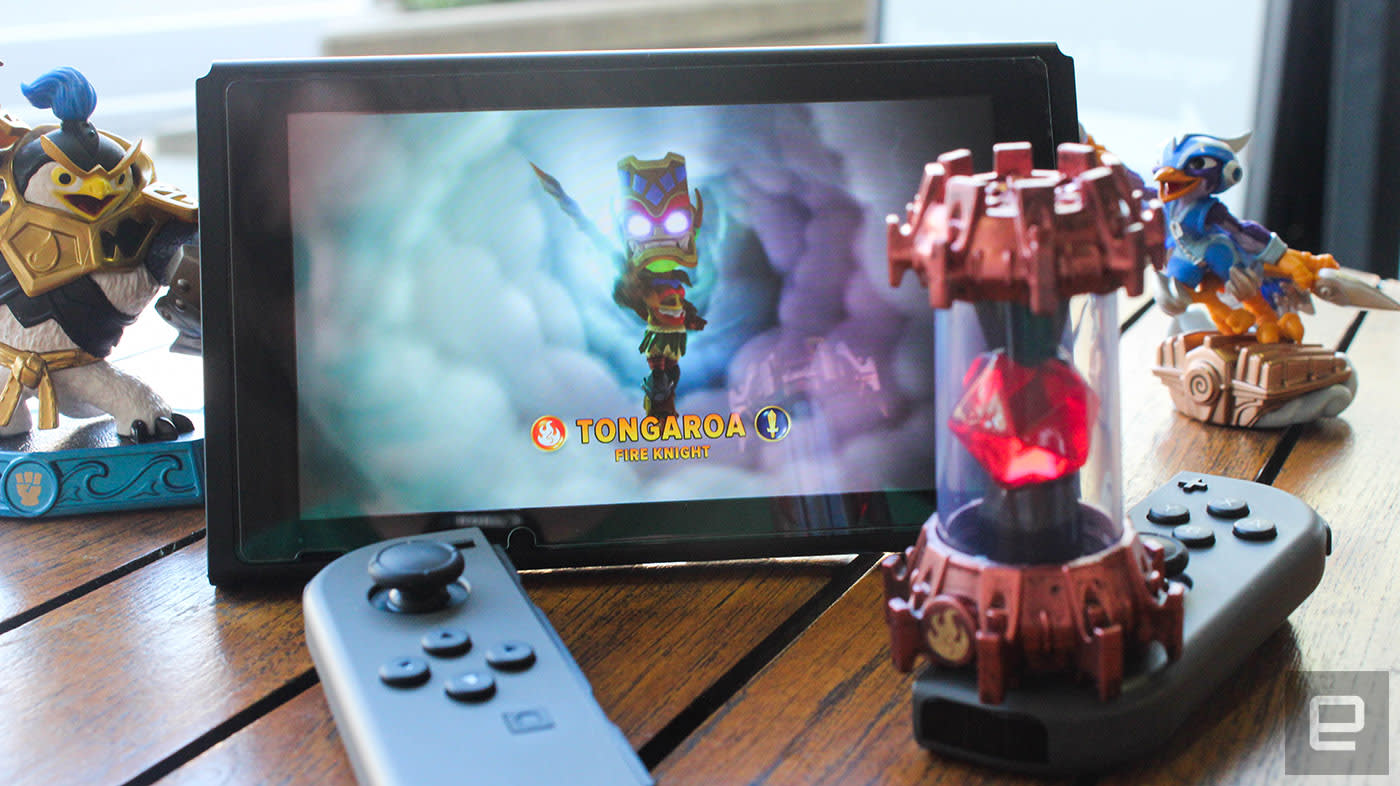 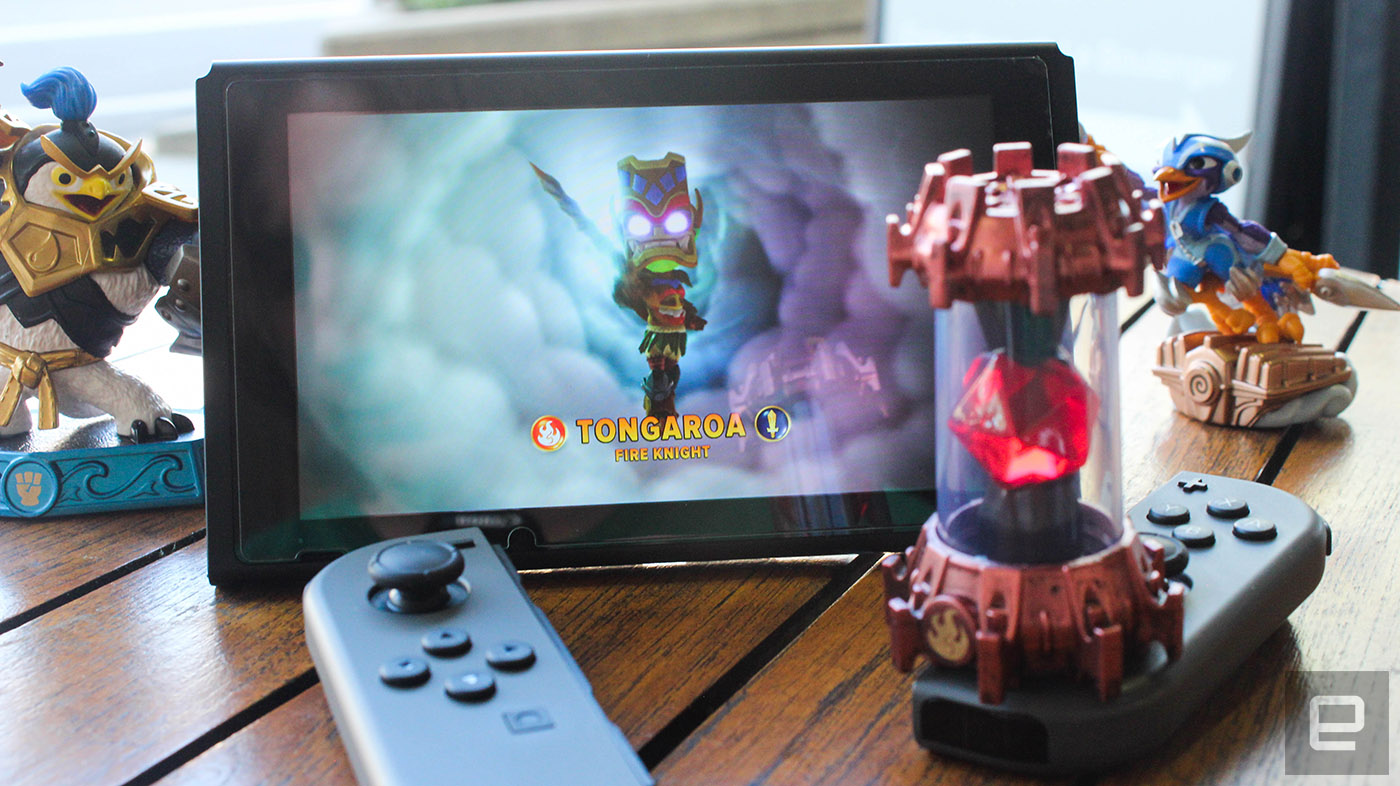 The paradigm for toys-to-life games is well-established: one part kid-friendly video game, one part expensive, collectible figurines -- and a tethered NFC "portal" that ties them together. When Skylanders: Spyro's Adventure introduced this model in 2011, it sparked a new genre in gaming -- bringing about the rise and fall of Disney Infinity, the nostalgic brand licensing of LEGO Dimensions and even inspired Nintendo to launch its own line of NFC gaming collectibles. In fact, with the exception of Nintendo, all of these brands followed Skylanders' tethered-portal model. On the Nintendo Switch, however, the game that started it all is taking the Amiibo approach.

If you buy Skylanders Imaginators on the Nintendo Switch, it won't come with the series' iconic "Portal of Power" peripheral. Instead, the game piggybacks off the NFC technology Nintendo built into the console's controllers. Rather than placing characters on a wired base to transmit figurine data into the game, players merely need to tap their Skylander toys against the thumbstick on the right-hand Joy-Con. That's it. No more setting up a USB peripheral every time you want to play the game or making sure it's in reach of the couch. Instead, you just tap and play. Easy.

Although this is a simple, straightforward change that seems like a long overdue evolution of the toys-to-life experience, it wasn't really something that could be done until now. Not because the technology didn't exist, but because it wasn't available on most platforms. Neither the Xbox One or PlayStation 4 have built-in NFC readers, and only one of the Wii U's controllers (the included GamePad) supported the feature. The Switch is the first console to standardize NFC communication in every controller configuration. Finding another way to scan in the Skylanders toys was also necessary to serve players who use the Switch in portable mode.

While it's certainly easier to play Skylanders without the cumbersome portal accessory, its absence fundamentally changes the game into a more traditional experience. Changing characters in Skylanders typically meant placing a figure on the portal and leaving it there -- but after you scan a character into the Nintendo Switch version of the game, you don't even need the figure anymore. Scanning a toy more than once turns it into an "Instant Skylander" that can be summoned from the game's menu at any time. This is perfect for players who want to take the game on the go without toting a bunch of toys, but it calls the entire concept of the series into question. If you can scan your figures once and play the game without them, does Skylanders even need a toy component?

Technically, the game could get away without the physical toys, although that's not the point. For Skylanders (and other toys-to-life) fans, collecting is part of the fun, and the developer isn't offering any toy-free options at this time. The portal-free approach doesn't work for all toys-to-life games, either -- LEGO Dimensions features several puzzles that require players to move toys to different portions of its connected figure base, a gameplay element that wouldn't work with the Nintendo Switch's single NFC touchpoint. 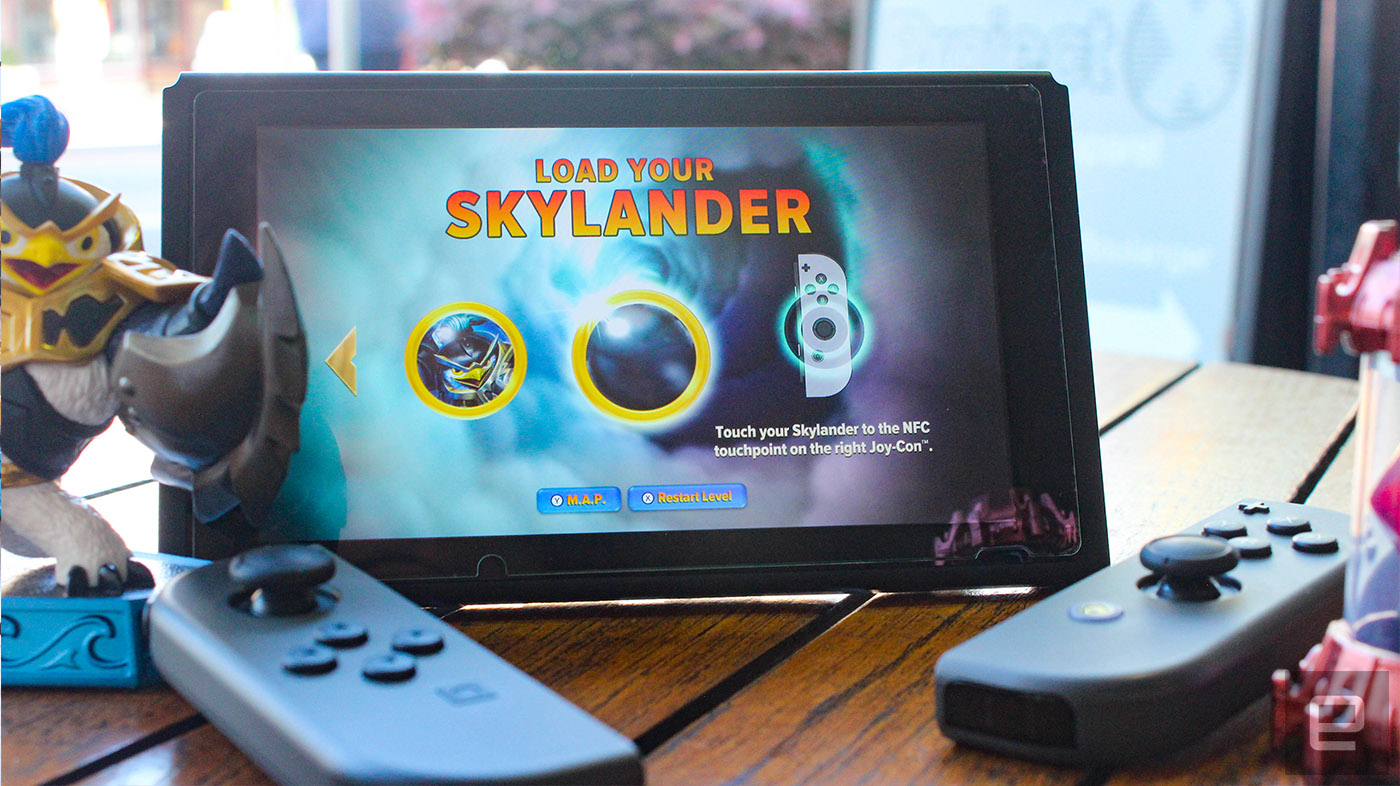 Still, for Skylanders Imaginators, the change feels like a massive improvement, and a lot like the Amiibo system it's piggybacking off. By making the figures a little less necessary, Skylanders on Switch now comes close to mirroring Nintendo's toy-optional approach to the genre. It's a less tedious experience. It's still probably not the future of the Skylanders franchise, though.There are far too many figures and portals left over from previous games to expect Activision to nix the conceit of the series on other platforms. But if you're looking for a more minimalist toys-to-life experience, it can be had on the Nintendo Switch.

In this article: av, editorial, games, gaming, nintendo, Nintendo Switch, nintendoswitch, skylanders, skylandersimaginators, switch, toystolife, videogames
All products recommended by Engadget are selected by our editorial team, independent of our parent company. Some of our stories include affiliate links. If you buy something through one of these links, we may earn an affiliate commission.