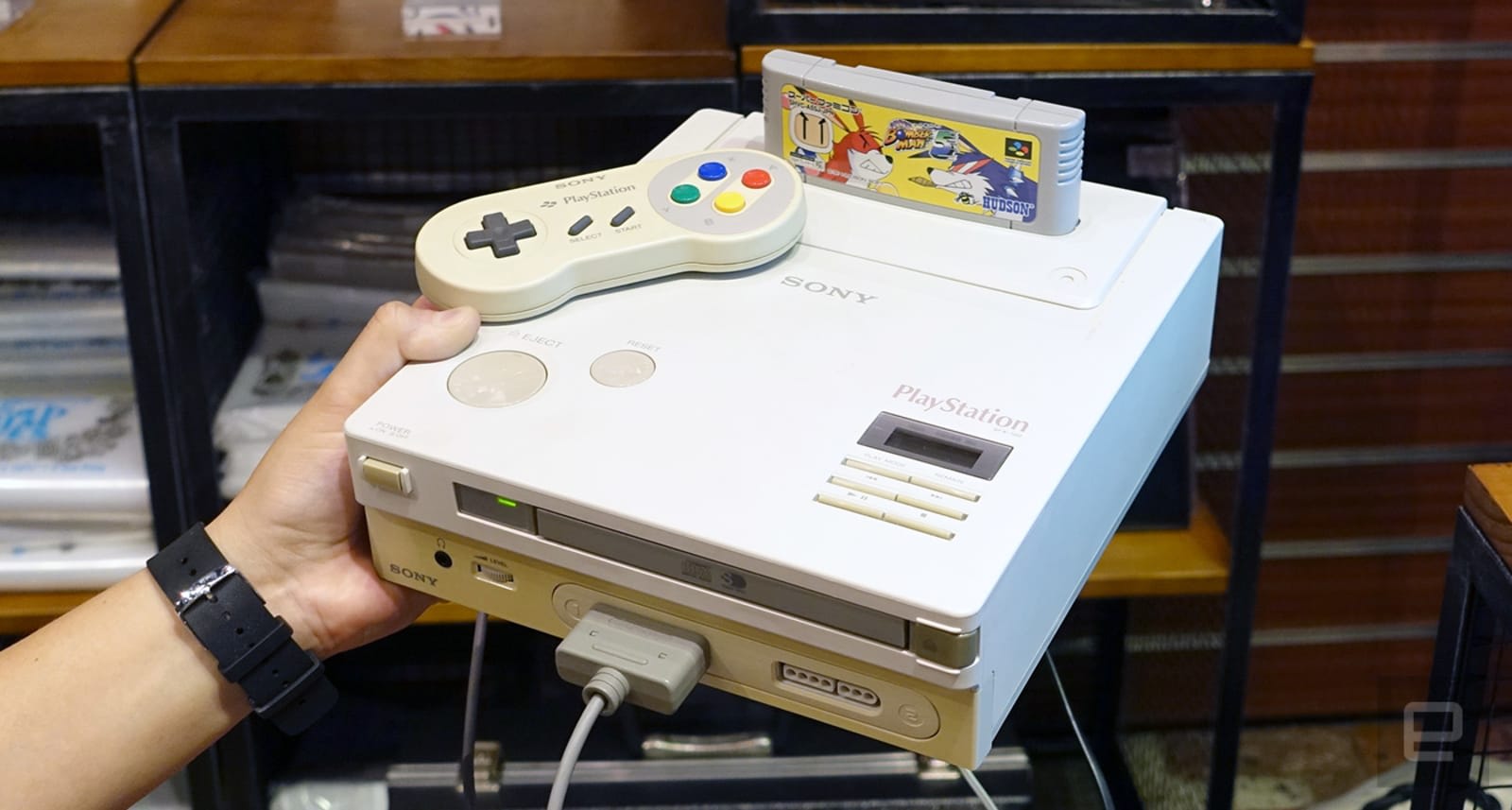 It was no small feat when Terry and Dan Diebold got their hands on a prototype of the fabled Nintendo PlayStation, but there has always been a catch to it: its signature feature, the CD drive, couldn't actually play games. Even a load of repair work barely got the drive to turn on. Well, the end is finally in sight. Professional tinkerer Ben Heckendorn (aka Ben Heck) has managed to get the CD drive working, including games. The solution, as he explains, involved replacing some "questionable" capacitors and "jiggling some things around" -- he was caught off-guard when things started working. The biggest challenge now is finding games to use with the near-mythological system.

As you might have gathered given the hardware's sudden cancellation, no one wrote official games for this Nintendo/Sony hybrid (at least, that we know of). To date, enthusiasts have had to write games based on emulators that can only take vague stabs at what the full console can do. That's borne out in Ben's early testing. One homebrew game had legions of glitches until the developer modified it, while another title just boots to a black screen. You're not going to see some long-lost Super Mario Bros. game, in short. This will, however, encourage coders to write games that could take advantage of Super Nintendo-level processing power and CD storage.

And even with the dearth of software, this latest work might be worth it for the insights into what Nintendo and Sony were planning. For instance, it's clear that the CD drive wasn't casually tacked on -- there's an SNES program sending instructions directly to a relevant controller chip, instead of through an add-on bus. Ben is sending the console back to the Diebolds, but he can be satisfied at having answered some of the video game world's longstanding mysteries.

Source: Ben Heck Show (YouTube), Element14
In this article: av, benheck, console, games, gaming, gear, nintendo, nintendoplaystation, playstation, sony, video, videogames
All products recommended by Engadget are selected by our editorial team, independent of our parent company. Some of our stories include affiliate links. If you buy something through one of these links, we may earn an affiliate commission.