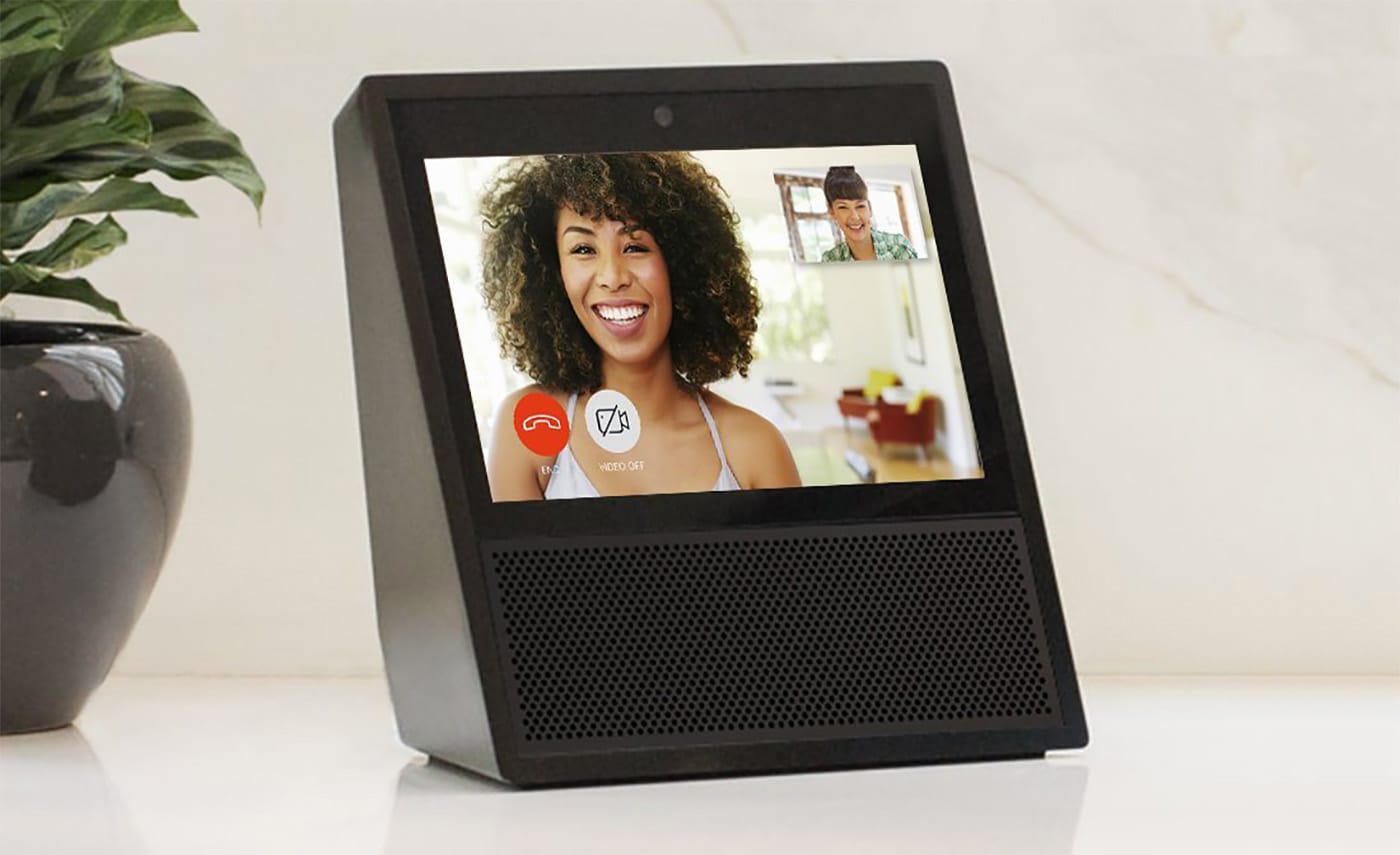 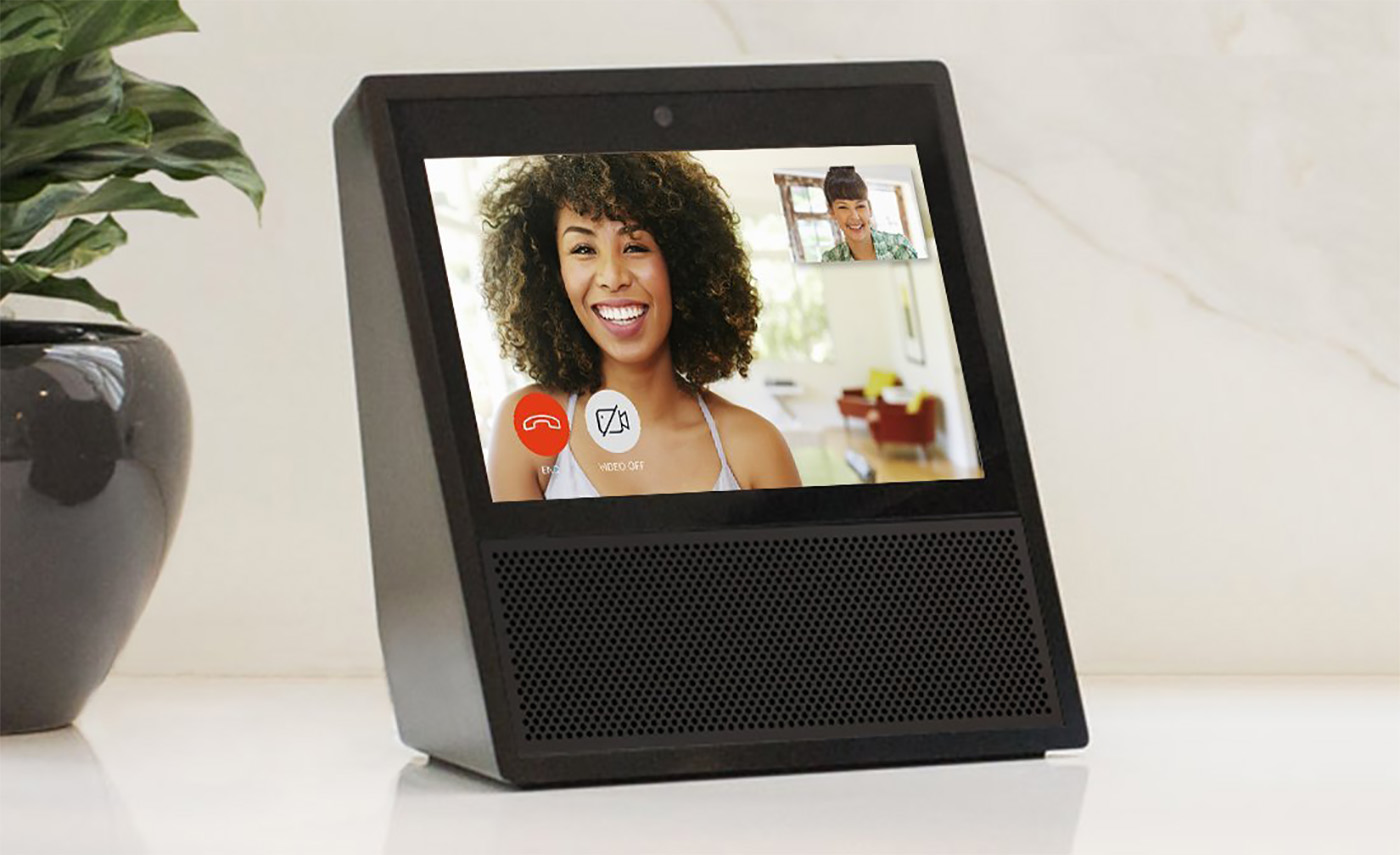 As expected, Amazon has revealed the Echo Show, a squared-off Echo device equipped with a 7-inch touchscreen. The company lost the element of surprise, as it was already unveiled via a series of leaks culminating in clear pictures of it from reputed spoiler Evleaks. That may be a good thing, however -- the device's design has already been widely panned, so everyone can now focus on the specs for the official launch. The Echo Show is equipped with eight microphones, beam-forming tech and noise cancellation like other Echos, meaning it can hear you from nearly anywhere in a room. It's also got a front camera on top, a meaty Dolby-equipped speaker below and of course, that 7-inch screen (Amazon hasn't specified the resolution).

That gives it a number of interesting new features. For one, the new Alexa Calling feature lets you make voice or video calls to friends who have an Echo or Alexa app on another device. While you can already do that in numerous other ways, Amazon's might be the easiest: You contact folks just by yelling at Alexa, a boon for the non-tech-savvy in your family. (The Amazon Calling feature is coming "later today" according to Techcrunch.)

You can use the feature to send text messages to your own or a friend's Alexa-equipped device. "You'll hear a chime when you have a new message, and a green light ring will appear on your device," Amazon writes. "You'll also be notified in the Alexa App so you can stay in touch where you are."

There's another new feature called "Drop In" that lets you connect instantly with family or friends. "For example, you can drop in to let the family know it's time for dinner, see the baby's nursery, or check in with a close relative," as Amazon describes it.

The screen lets you do a number of other things that are impossible on a regular Echo. You can watch YouTube videos and video flash briefings, check the weather visually, see music lyrics via Amazon Music, check shopping lists and more.

You can connect the Echo Show to cameras from Ring and Arlo, then ask Alexa to show you a room or area. The images will pop up directly on the screen, giving users perhaps the friendliest way ever to monitor their security cams. As before, it can also control thermostats and lights from the likes of WeMo, Philips Hue, Ecobee and others.

The Echo Show costs $230 in the US, or you can get two for $360, a $100 discount (there's no official word yet on availability elsewhere). That's a mere $30 more than the camera-equipped Echo Look, and almost certainly cheaper than any touchscreen tablet that may work with Google Assistant, Microsoft Cortana or Apple's Siri. That's assuming you can stand the style, of course, as many internet commenters hated it. Pre-orders start today, with shipping by June 28th in countries where it's available.

Source: Amazon (1), (2)
In this article: AI, Alexa, amazon, Echo, EchoShow, gear, robots, touchscreen
All products recommended by Engadget are selected by our editorial team, independent of our parent company. Some of our stories include affiliate links. If you buy something through one of these links, we may earn an affiliate commission.