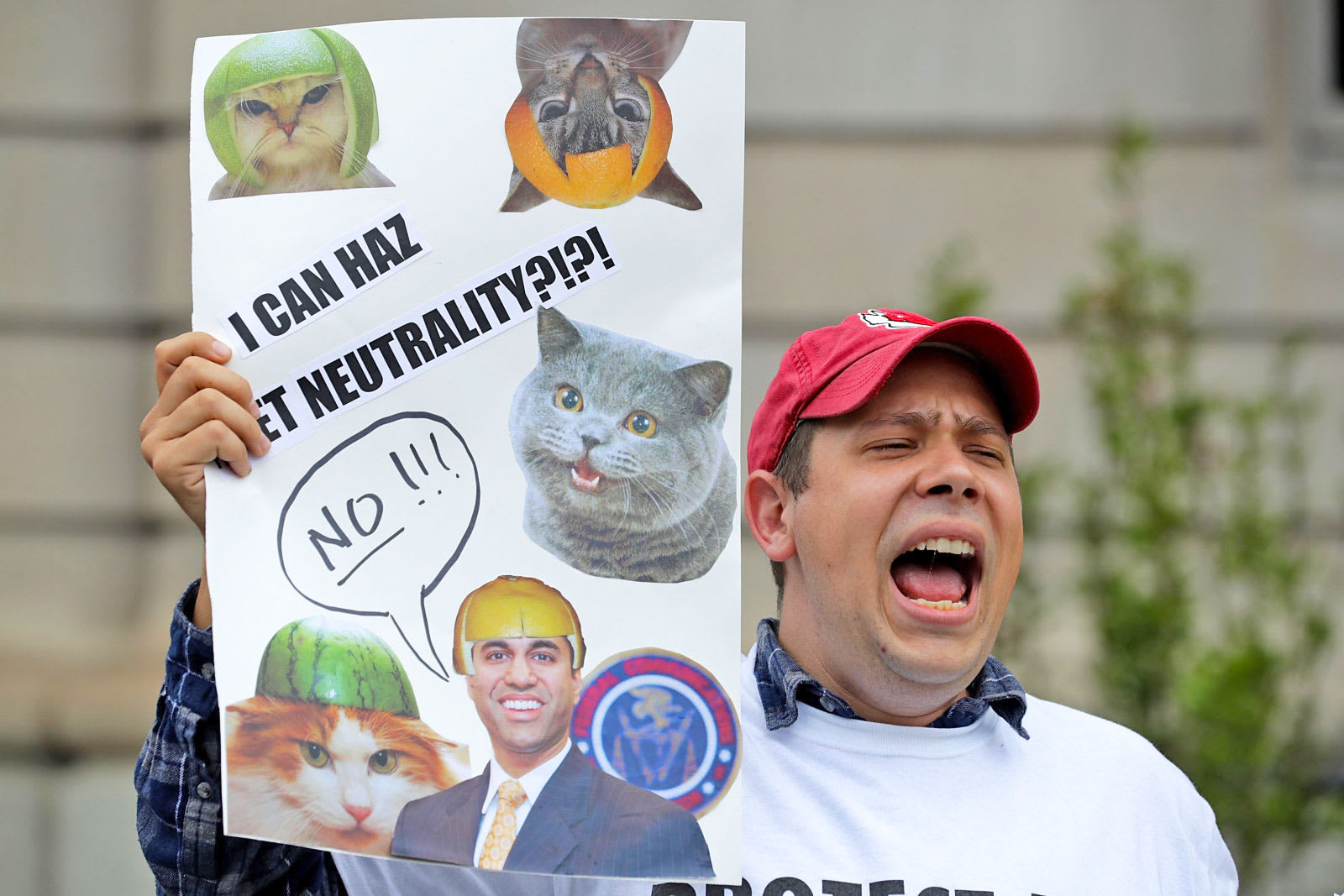 It's not just proponents of net neutrality that are flocking to the FCC's website -- opponents are there as well... in a manner of speaking. Reports from ZDNet and elsewhere have revealed that one or more bots are posting thousands of identical comments (at least 128,000) in favor of the FCC's proposal to gut net neutrality rules. The automated code cycles alphabetically through a list of real names and addresses, pretending to support the FCC on their behalf. The agency declined to comment on the bot attack citing a policy where it doesn't discuss specific filings.

So who's behind this astroturfing campaign? It's unclear, but there was an effort in 2014 where cable companies funded anti-net neutrality groups to make it look like there was more opposition to the regulation than there was in practice. It'd be easy to suspect that telecoms were behind this move as well, especially since the fake statement uses lobbyist-speak like "bipartisan light-touch regulatory consensus." With that said, a bot would undoubtedly go beyond the pale -- it's one thing to run a fake grassroots campaign, it's another to impersonate real people.

Whoever's behind the bot flood, it shows just how intense this battle is getting. Things really got heated after Last Week Tonight host John Oliver rallied support for net neutrality during his May 8th episode, steering people toward a website that makes (legitimate) commenting easy. The FCC's website buckled soon afterward, but it's not clear who was responsible. While the FCC maintains that a denial of service attack made it difficult to comment, critics are concerned that this might be a cover to downplay the surge of support for existing net neutrality rules. For all intents and purposes, the FCC's comments have become a battleground.

Source: ZDNet, FCC (PDF)
In this article: applenews, astroturfing, bot, bots, fcc, gear, internet, netneutrality, politics, regulation
All products recommended by Engadget are selected by our editorial team, independent of our parent company. Some of our stories include affiliate links. If you buy something through one of these links, we may earn an affiliate commission.