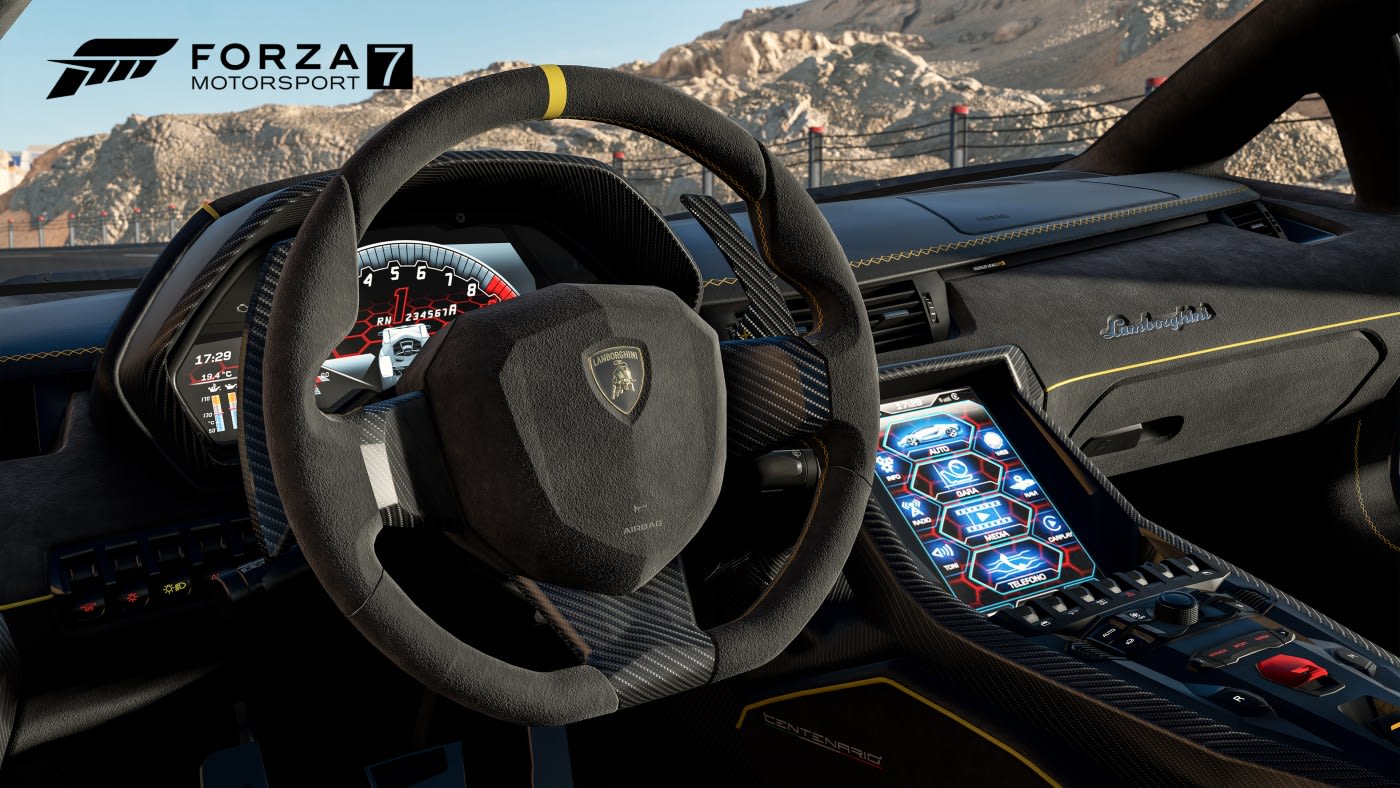 When Microsoft announced Forza Motorsport 7, it was easy to focus on its eye-popping 4K resolution while maintaining 60fps, but the most important question is always, "How does it drive?" After some time playing with a gamepad, I can report that the realistic driving model Turn 10 has refined throughout the series' run is here and better than ever. Later, during a closed-door demonstration, I heard a bit about and saw some features that will be in the game when it ships this fall, like dynamic clouds that cast moving shadows on the track. 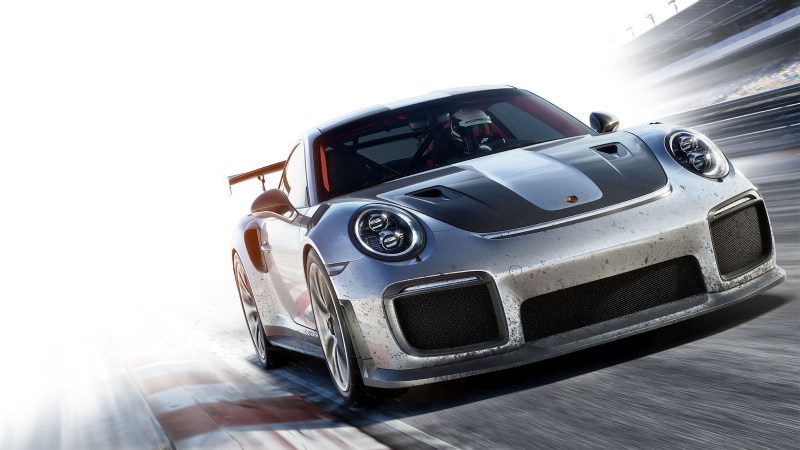 I tried out a demo showing off the new Porsche that was revealed on stage here earlier in the week. I also tried a big rig and even a race-specced Nissan GT-R. But this time, despite the 700 cars that will be in the game, the most important change wasn't inside the vehicles -- it's what was going on outside, where new dynamic weather effects wreaked havoc on the track.

Driving the Porsche on a desert track, sand occasionally blew across the road, affecting grip and handling (and making me long for the seemingly inevitable snow tracks or expansions). While this series' tick-tock cousin Forza Horizon has featured changing weather effects before, their inclusion in Forza Motorsport 7 brings it to the race track, where even a small difference in traction can send cars flying while drivers hunt for an extra tenth of a second in each corner.

Driving in the wet was even more impressive. As a field of 20+ GT race cars took on the Nurburgring F1 track, a rainstorm began and progressively increased throughout the laps. Puddles formed, lightning flashed and dealing with the weather made it impossible to anticipate what might be around the next bend. That's going to help keep things fresh for players who have logged hundreds, if not thousands, of hours in various car sims, for whom even the selection of cars and tracks -- the team says that, with over 30 environments, this is the largest track list in a Forza game ever -- will wear off relatively quickly. If you're wondering about the AI, it didn't appear to be any different from previous games, although I was playing on low- to medium-difficulty levels.

The team also mentioned that the handling model has been improved, although I think experienced players will find it very familiar. With the emphasis on environment, even track temperatures can change during a race, which will affect the car's handling and grip. I didn't get a chance to try it out with a racing wheel, but naturally, FM7 supports that kind of setup as well -- in fact, on PC, Turn 10 says it will support every fan-requested wheel, including PlayStation accessories. 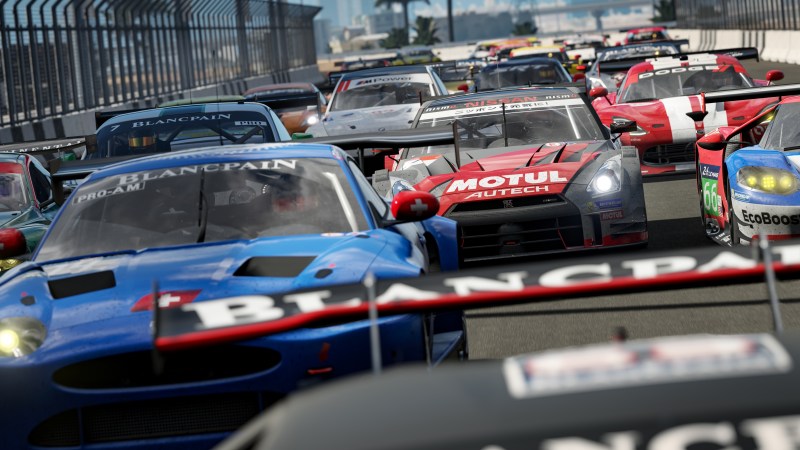 For less-aspirational gamers, don't worry, there are changes in store that won't require a new TV. The damage modeling is also getting an update so that now your cars can have pieces become loose and rattle, based on the same physics engine that powers everything else. Higher-quality textures, shades and lighting mean the graphics should look better even if you don't have a 4K TV to play it on.

All Forza players will be able to appreciate the revamped campaign system. I wasn't able to test it out in the E3 demo, but Turn 10 Creative Director Bill Giese explained how Forza Motorsport 7 will introduce The Forza Driver's Cup, with a "motorsport-inspired" points system that adds up your rewards after every race, allowing you to unlock cars or customizations for your driver avatar -- of which there are tons, celebrating the fact that in this game, your driver is spending more time out of the car. There are now six major championships with their own varieties of cars and classes.

Each series allows you to rank up within it, doing all kinds of different races and avoiding the "start with a slow car" trend that usually plagues sim racers. Also, an important part of progressing (beyond just leveling up via XP you earn everywhere) is adding more cars to your collection, which will let you get more bonuses from each race, plus the showcase cars that can only be obtained in the campaign mode. 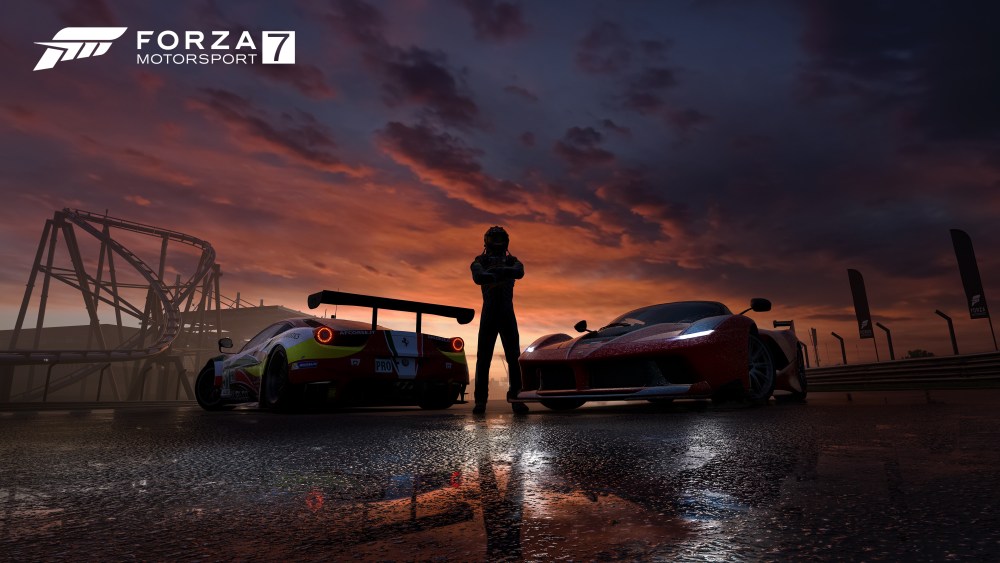 We haven't heard much about the multiplayer, but in a blog post the team talked about "enhanced Leagues, Mixer integration, and enhanced spectating modes" with an eye towards boosting the series' esports appeal. What they could tell us is that this time around, the lobby is moved to the pits -- no, we didn't see a pit crew -- where players can take a Forzavista look at their high-res cars, change settings or take practice laps before the race starts. In the garage menu or on the track, virtual speakers will blast out tunes (possibly yours streaming from OneDrive or the game's), that you'll hear as you take laps. Finally, the "interactive loading" means you'll be able to change settings while tracks and cars load before a race.

As usual, Forza Motorsport 7 is coming home this fall, with three variants available for preorder: the Standard, Deluxe and Ultimate editions, for $60, $80 or $100, respectively, with increasing bonuses as you go along. The game's release date is October 3rd, but preordering the Ultimate edition will unlock early access starting September 29th.

Source: Forza Motorsport
In this article: applenews, av, E32017, ForzaDriversCup, ForzaMotorsport, ForzaMotorsport7, gaming, microsoft, racing, video, weather, XboxOne, XboxOneX
All products recommended by Engadget are selected by our editorial team, independent of our parent company. Some of our stories include affiliate links. If you buy something through one of these links, we may earn an affiliate commission.