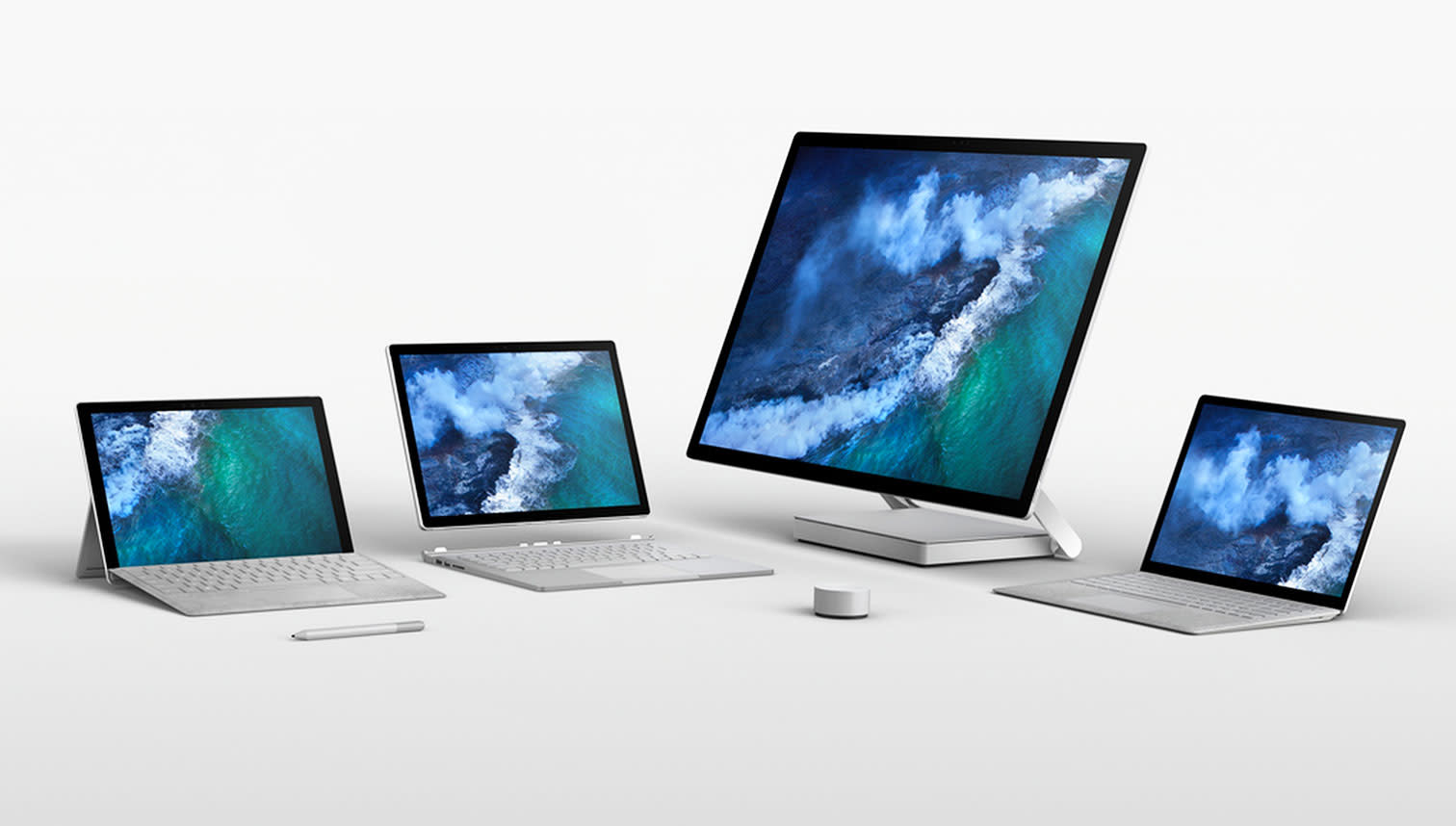 The bad news is that only the base Core i5 version is available today -- the Core i7 variant won't be coming out until this summer. Also, only the US gets all four colors on launch date, while everyone else will have to make do with the platinum version for now. Microsoft will release Burgundy, Cobalt Blue and Graphite Gold in Australia, Austria, Canada, China, Denmark, Finland, France, Germany, HK, Ireland, Japan, New Zealand, Norway, Sweden, Switzerland, Taiwan and the UK over the coming months, though.

The tech titan has also released the new Surface Pro in Australia, Austria, Belgium, Canada, China, Denmark, Finland, France, Germany, Hong Kong, Ireland, Italy, Luxembourg, the Netherlands, New Zealand, Norway, Poland, Portugal, Spain, Sweden, Switzerland, Taiwan, the UK and the US. The device has a 12.3-inch touchscreen display and comes equipped with Intel's Kaby Lake processors. One will cost you at least $799 for the base version, not including the $99 Pen. In the UK, prices start at £799 and top out at £2,699.

If you'd rather splurge for Redmond's pricey Surface Studio, though, you'll now be able to get it in more locations around the world. It's now available for purchase in Austria, China, Denmark, Finland, France, Germany, Hong Kong, Japan, Netherlands, Norway, Sweden, Switzerland, and the UK. One will cost you at least $3,000 in the US and £2,999 (up to £4,249) in the UK.

In this article: applenews, gear, microsoft, personal computing, personalcomputing, surfacelaptop, surfacepro
All products recommended by Engadget are selected by our editorial team, independent of our parent company. Some of our stories include affiliate links. If you buy something through one of these links, we may earn an affiliate commission.